The first day I was at the South Rim I overheard a tour group guide tell his flock that tourist helicopters are no longer allowed to fly over or down in the Canyon and that if we saw one it would be a Park Service helicopter.  Sure enough, later that day one went in, and a short time later came back out.  As it flew in I watched it as it flew down in the Canyon towards one of the closer formations until it became an insignificant speck.  This just reinforced the fact that the Canyon is HUGE. 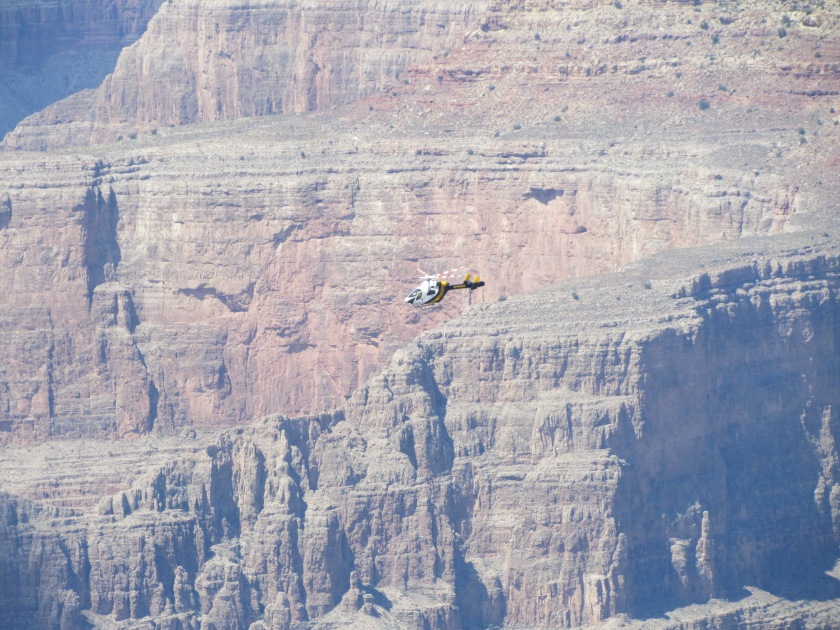 More birds of a more conventional sort (sorry if these are duplicates of what I posted the other day): 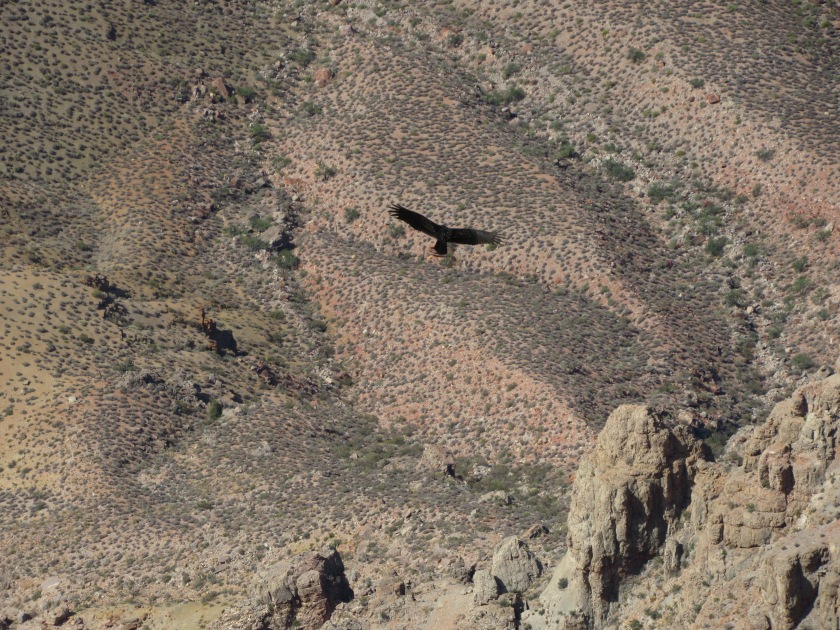 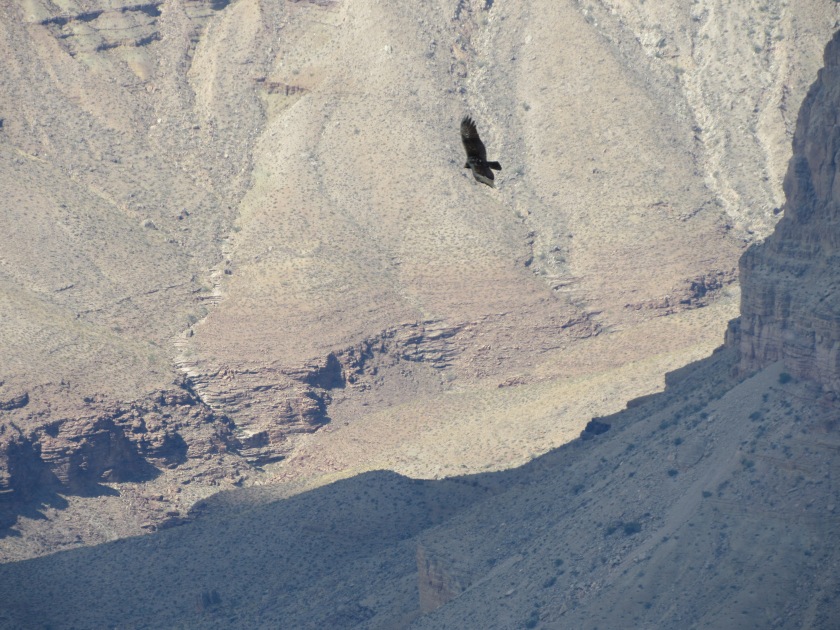 And some folks having fun “way down upon on the Colorado River”: 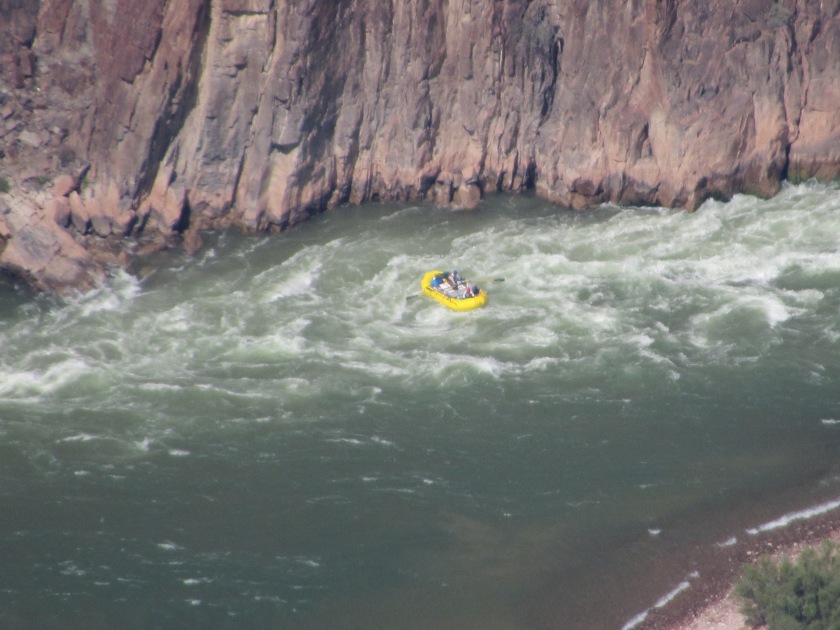 And I’m not sure exactly what this was but I was sure glad it was on a nearby rock and not on me! 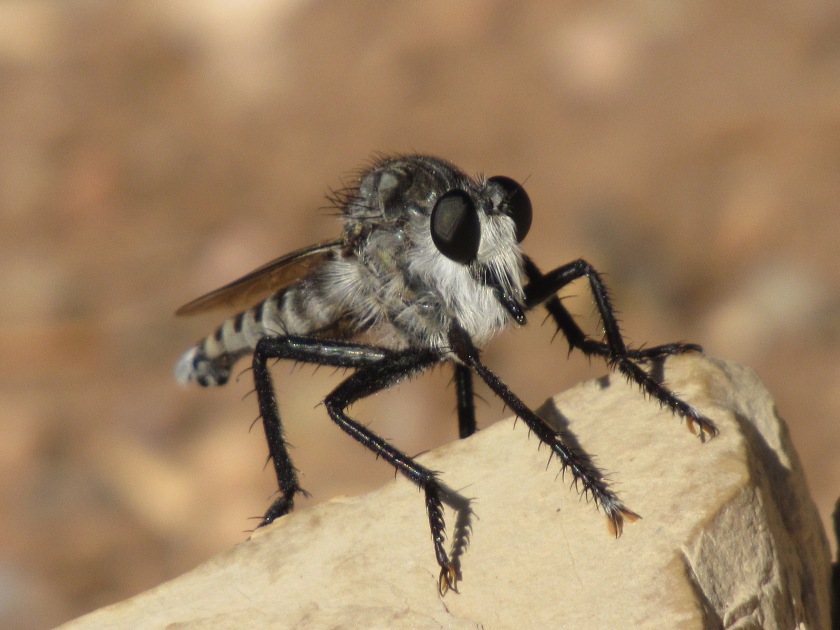