Earlier in the week I drove up to McDonald Observatory, a little over an hour north of where I was staying in Alpine, and the day I left the area to head further west towards El Paso I had time to make another trip up there to take some day photos and drive the scenic loop again, in the opposite direction from the way I had driven it earlier.  When time permits I’ve learned that traversing a road in a different direction and perhaps a different time of day affords me the opportunity to see different things.

First, the Observatory.  McDonald has optical telescopes so it is only used at night.  It sits at an elevation of over 6,000 feet and benefits from the usually clear Texas night sky.  Since it is in a less populated part of the state it also enjoys a low level of light “pollution”. 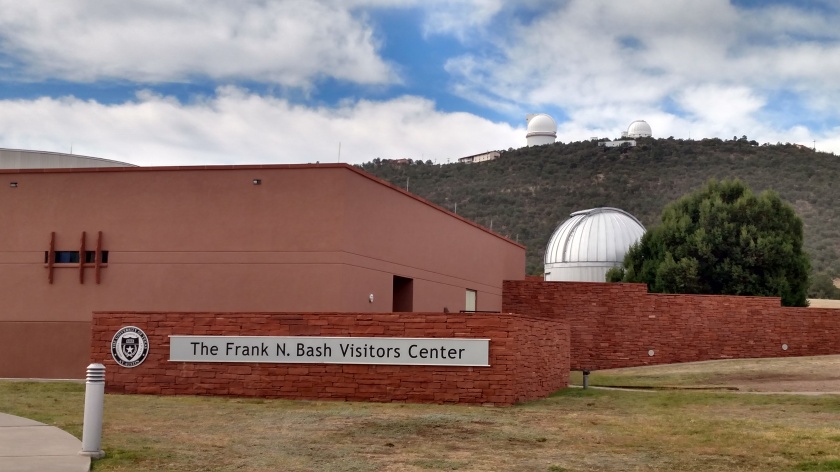 Below is the outdoor amphitheater, where the host explained what we’d be seeing during the “star party” Tuesday night before we made the rounds of the telescopes themselves.  While he was speaking the International Space Station passed overhead (talk about perfect timing!) and he also pointed out an abandoned Chinese space station which, as it turns out, was de-orbited under controlled circumstances and brought back to Earth in 2018.

Here is a model of what an older technology telescope looks like inside the “shell”. 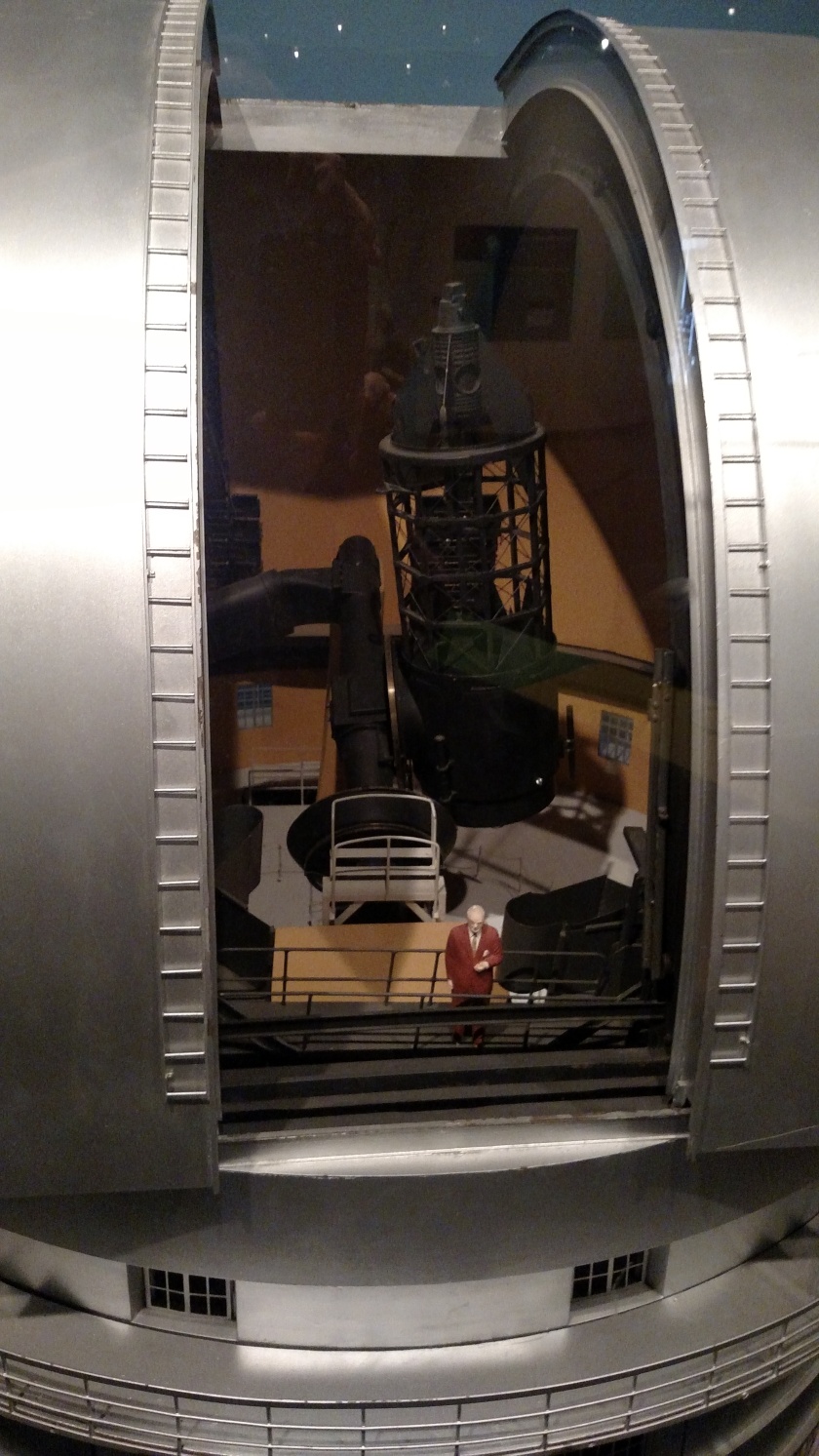 The shell can rotate to observe different areas of the sky and helps protect the instruments from the elements.  Here is a photo of a photo of one of the actual telescopes at McDonald:

This facility owns and operates one of the largest optical telescopes in the world.

The night I attended the “star party” we looked through about a dozen telescopes, including several of the ones pictured closest to the Visitor Center, as well as several free-standing ones which volunteers had set up in the area.  We saw mainly clusters of stars (the volunteers explained specifically what we were looking at) and one of the large scopes was pointed toward the planet Jupiter, and I could clearly see the planet and several of it’s moons.  One thing I did not see was the great “red spot” which was on the opposite side of the planet.  As big as it is, Jupiter rotates once every 10 hours or so.

After getting pictures at the Observatory I made another lap around my scenic road, drove southwest to Marfa and started heading west towards El Paso.

While making the scenic loop I saw this sign:

This was one of the first times I encountered this but would experience it many times during my trips out west (of which this was the first).  Many large ranches let their cattle roam free-range.  While there is a long fence perimeter to keep them on the property they can walk around pretty much where they want, which of course means they must from time to time cross the road (to get to the other side).  To prevent them from making a run for it there are cattle guards to prevent them from sneaking out on the driveways or other roads on the ranch or, if they are on the paved road, from wandering past the fenced-in perimeter.

When driving in these zones, however, you must always be vigilant for cattle, horses or bison on the road.  They are generally reluctant to move and if you hit one it will probably ruin both of your days.

I will say that of my three major trips out west I saw far more cows in the road than anything else.