I ended up out at Point Loma three times during this trip.  I drove out there the day I arrived (not far from the airport and close to a restaurant where I wanted to have lunch).  I drove up again during the week (when I took most of these photos) and again the morning I left, before dropping the rental car off at the airport. 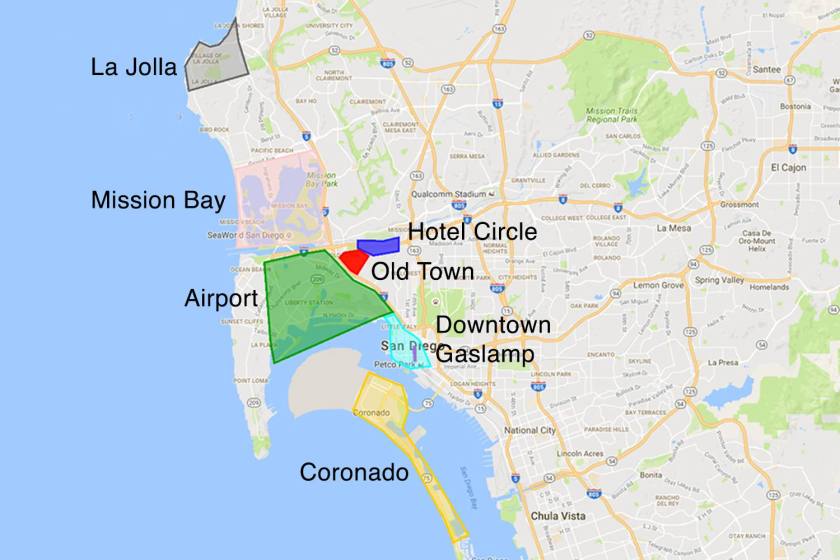 Point Loma is the white peninsula in the lower left portion of the map above, left of the word Coronado.  This is what it looks like looking out from the downtown area: 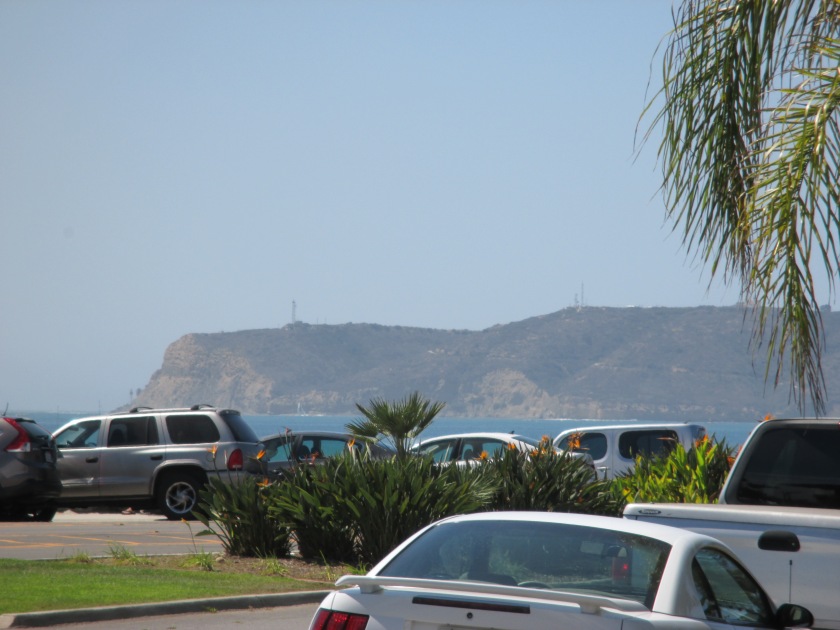 From out at the end this is the view looking back down towards the city: 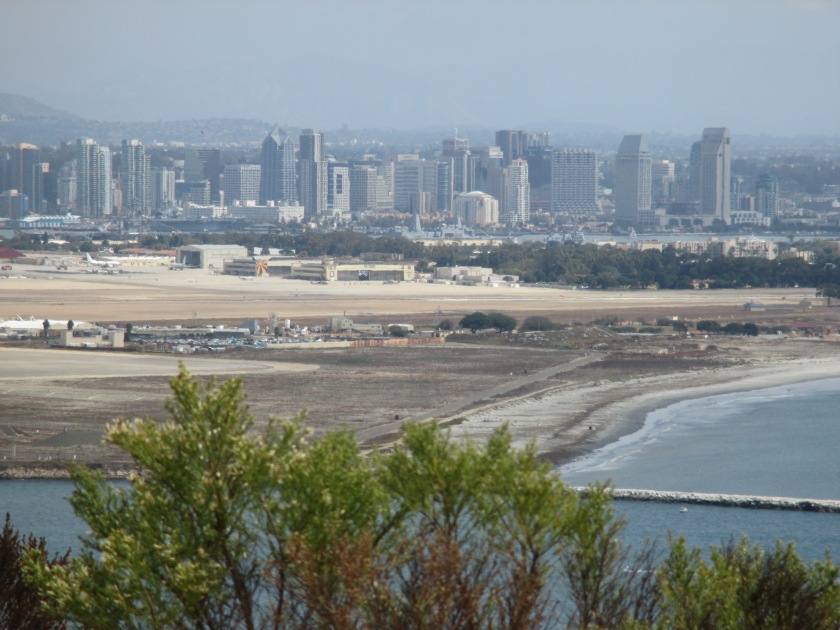 And looking out towards the ocean: 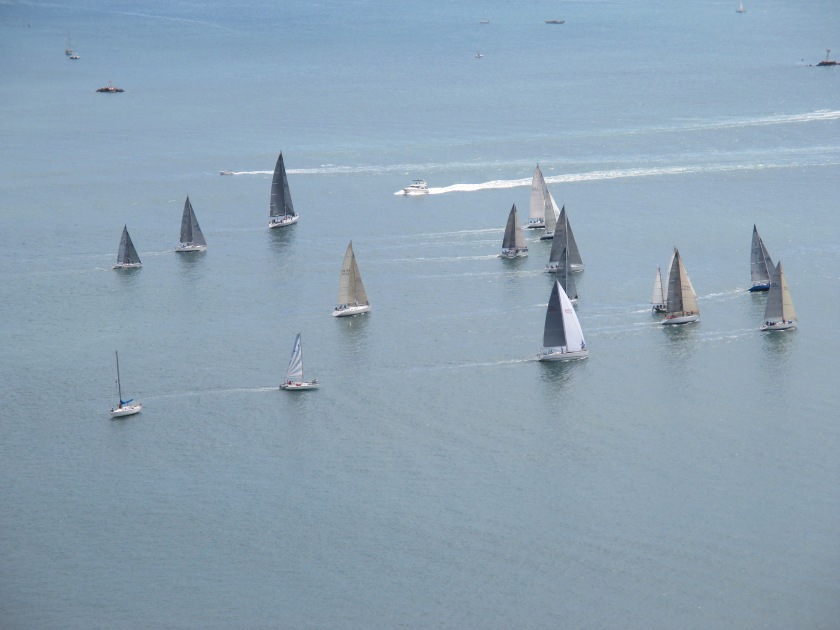 Here is another map to help with understanding the area: 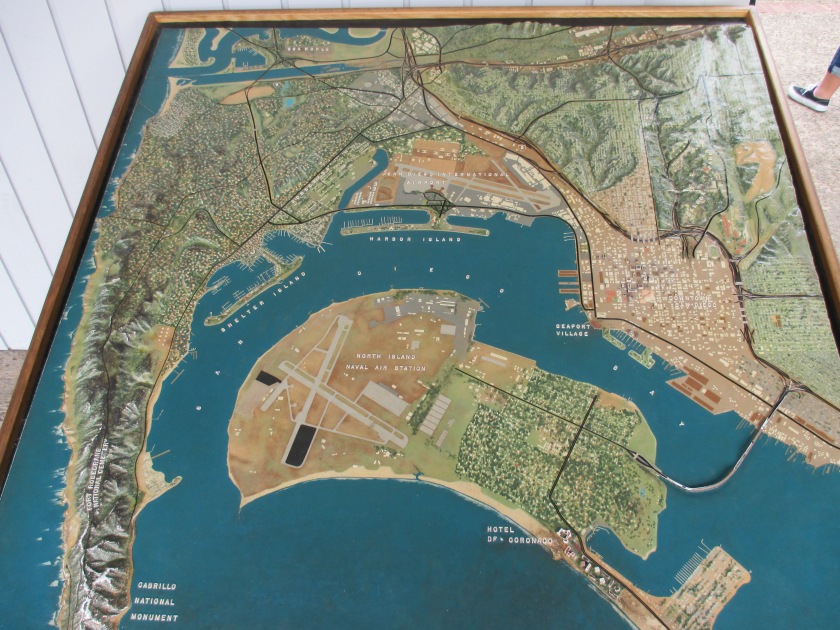 While I was up on Point Loma a large military aircraft took off and as it banked left towards the ocean it flew very close to where I was standing.  The camera I bought at the beginning of this trip only has an 8X zoom so you can see that the airplane wasn’t very far above me as it passed by. 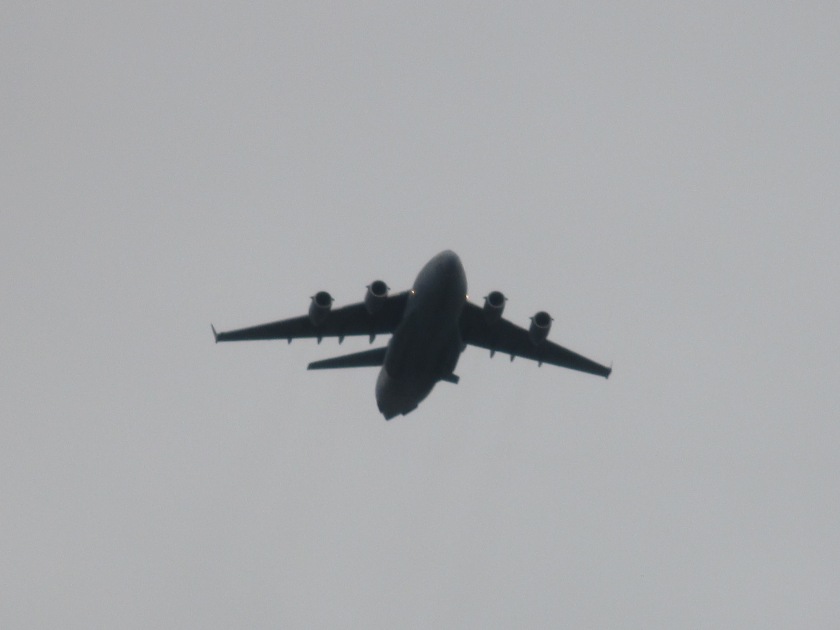 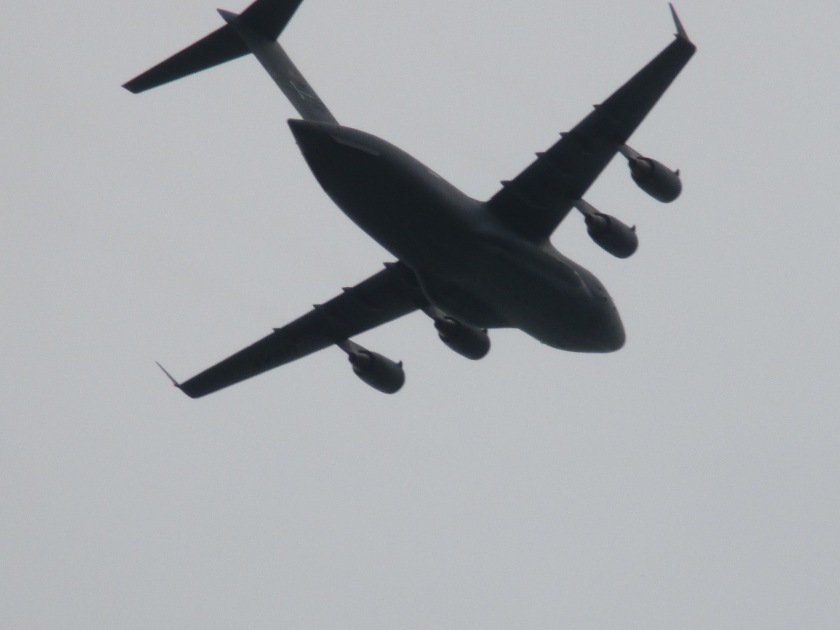