This was the only time I have been to San Diego (and my first stay of more than 2 days in California on my own) so even though I had a rental car (a spiffy Dodge Charger) I was a little nervous about driving in the “big city”.  After studying maps & brochures I decided to try mass-transit and found that it was an excellent, low-pressure way to explore the area.

I was staying at a timeshare in Escondido (top, center of map).  Tuesday I drove down to Santee (lower right) which is the outer-most stop of one of three rail-trolley routes.  I could park my car there for free. 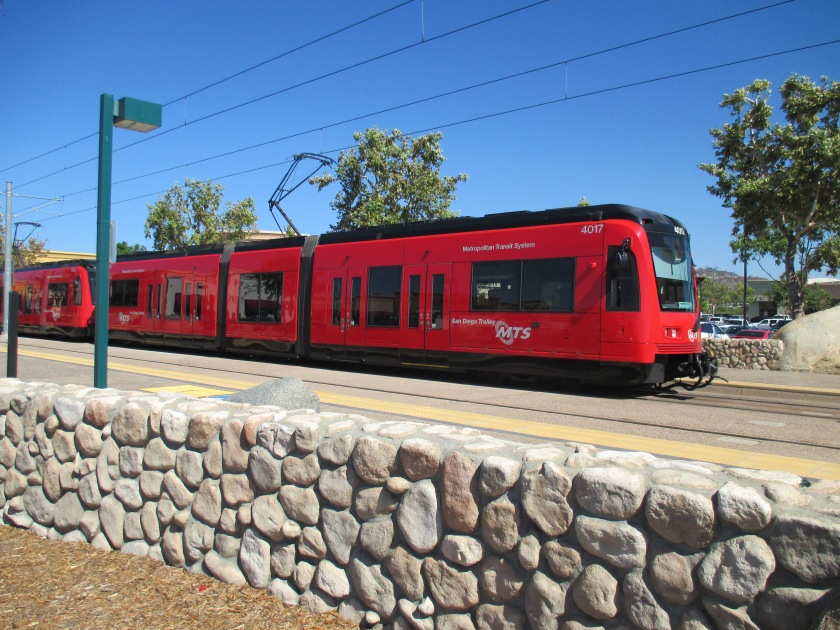 I could buy a day-pass and ride these clean, comfortable, air-conditioned trolleys all day.  They would take me LOTS of places.

Santee is the northernmost stop on the Green Line and from there I could ride it all the way to Old Town where I could switch to an identical trolley on the Blue Line to take me downtown.  There I could switch to a trolley on the Orange Line.  Between the three lines I could go to most of the popular spots in the city and not have to worry about traffic or parking.  I could get on and off as much as I wanted.  Over the course of the day I rode all three lines in their entirety, always sitting on the same side of the trolley so I would see “both sides of the tracks”.  It was a great, inexpensive, no-stress way to see the area.

At one point I rode the Blue Line all the way south to the border with Mexico.  I got off in a town called Chula Vista and walked to a small restaurant where I had what were possibly the best tacos I have ever eaten (and I’ve eaten lots of tacos!)

The next day I decided to take this concept to the next level.  Escondido is the end-point of a light rail line called Sprinter.  I could park for free and ride the Sprinter from Escondido 22 miles west to Oceanside on the coast. 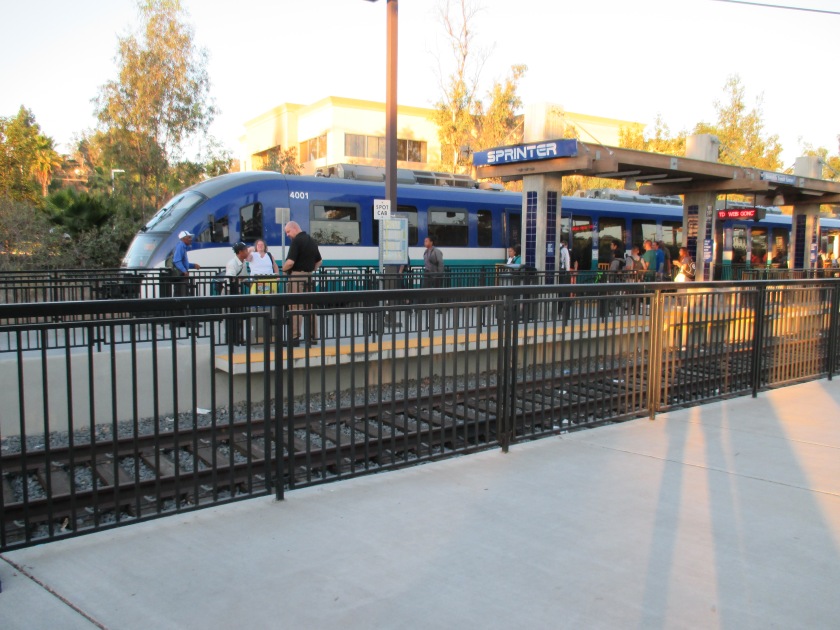 There I would switch to a “real train,” the Coaster, which would take me to downtown San Diego. 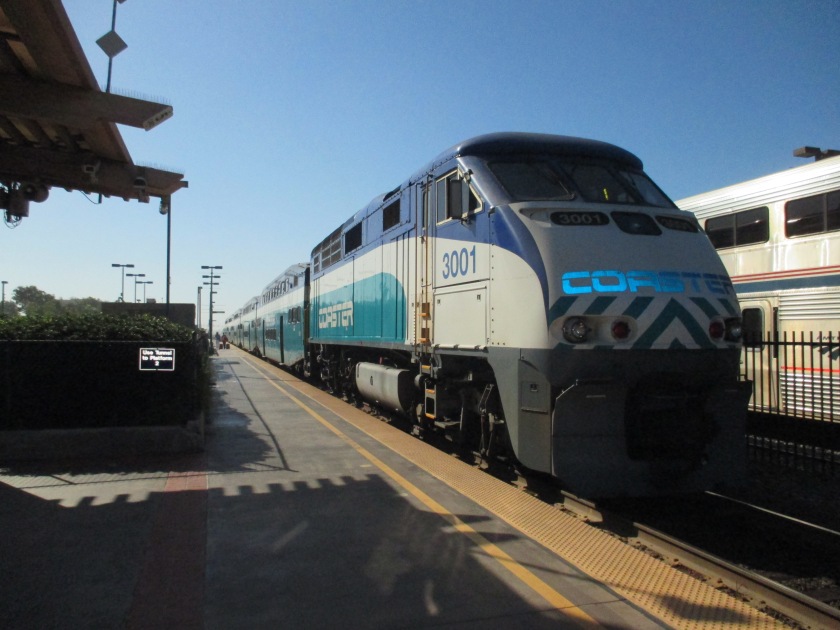 I bought a day-pass for each and spent the better part of that day seeing the surrounding countryside and the ocean without having to worry about traffic or parking.