On my way to my Airbnb on Monday I drove over this bridge south of where I was staying in Hampden.  It is called the Penobscot Narrows Bridge and on top of one of the support towers is an observatory, the only one like it in the United States and one of only three in the world.  This bridge went into service in December 2006, replacing an older suspension bridge which had been built in 1931.

These are two photos I took on Monday, the bridge itself:

And the view of the Penobscot River as it flows out to the ocean: 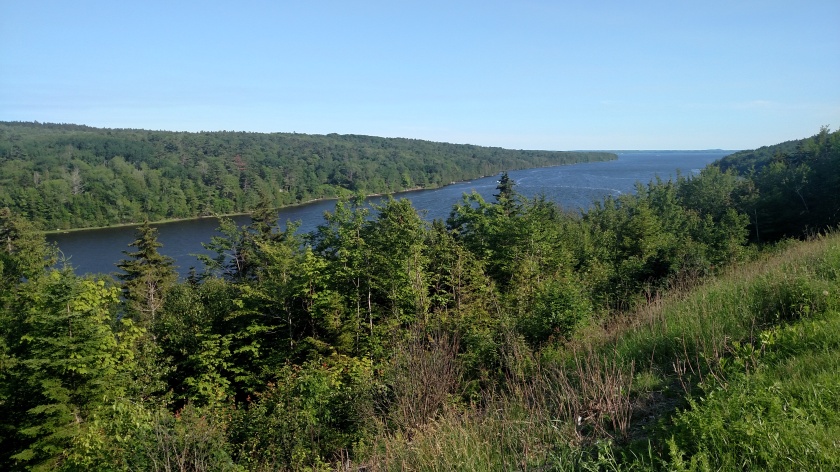 I am afraid of heights and initially wasn’t inclined to go up in it but later in the week I had time so I thought I’d give it a shot.

This is a view of the bridge from the town of Bucksport: 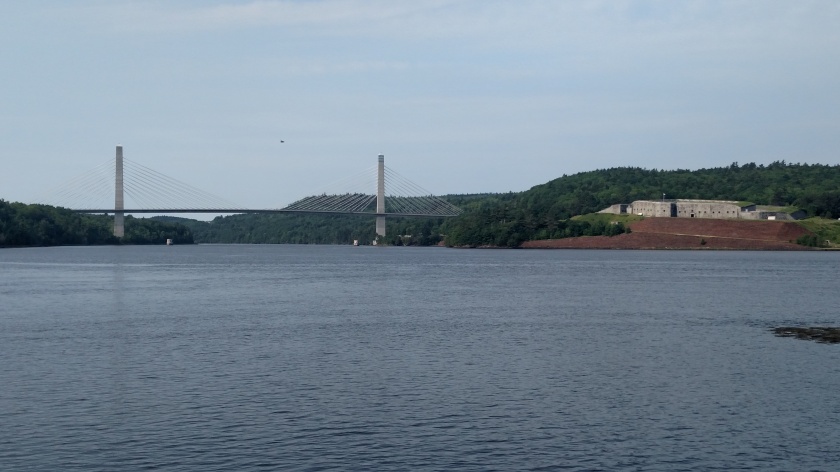 On the right is Fort Knox (no, not that Fort Knox – though wouldn’t it be a hoot if all our gold is really underground up here in Maine?) which was constructed of locally mined granite.

I rode the elevator 420 feet up to the top of one of the towers and could then see 360 degrees around from 3 different observation floors (so people can spread out and not hog the view).

This is looking down (north) at Bucksport:

And a little to the left (now looking north-northwest) is an old paper mill which, to the local residents dismay, closed unexpectedly in 2014. 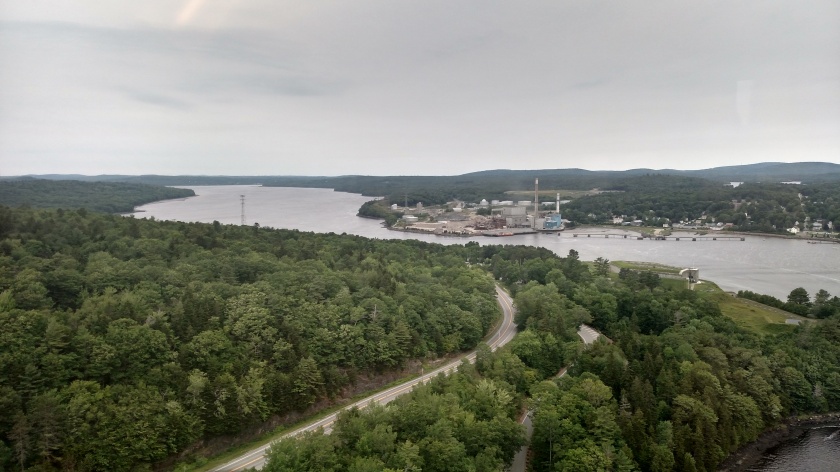 And here is the view looking south, of the Penobscot River flowing out to the ocean:

And this is looking west, at the support cables: 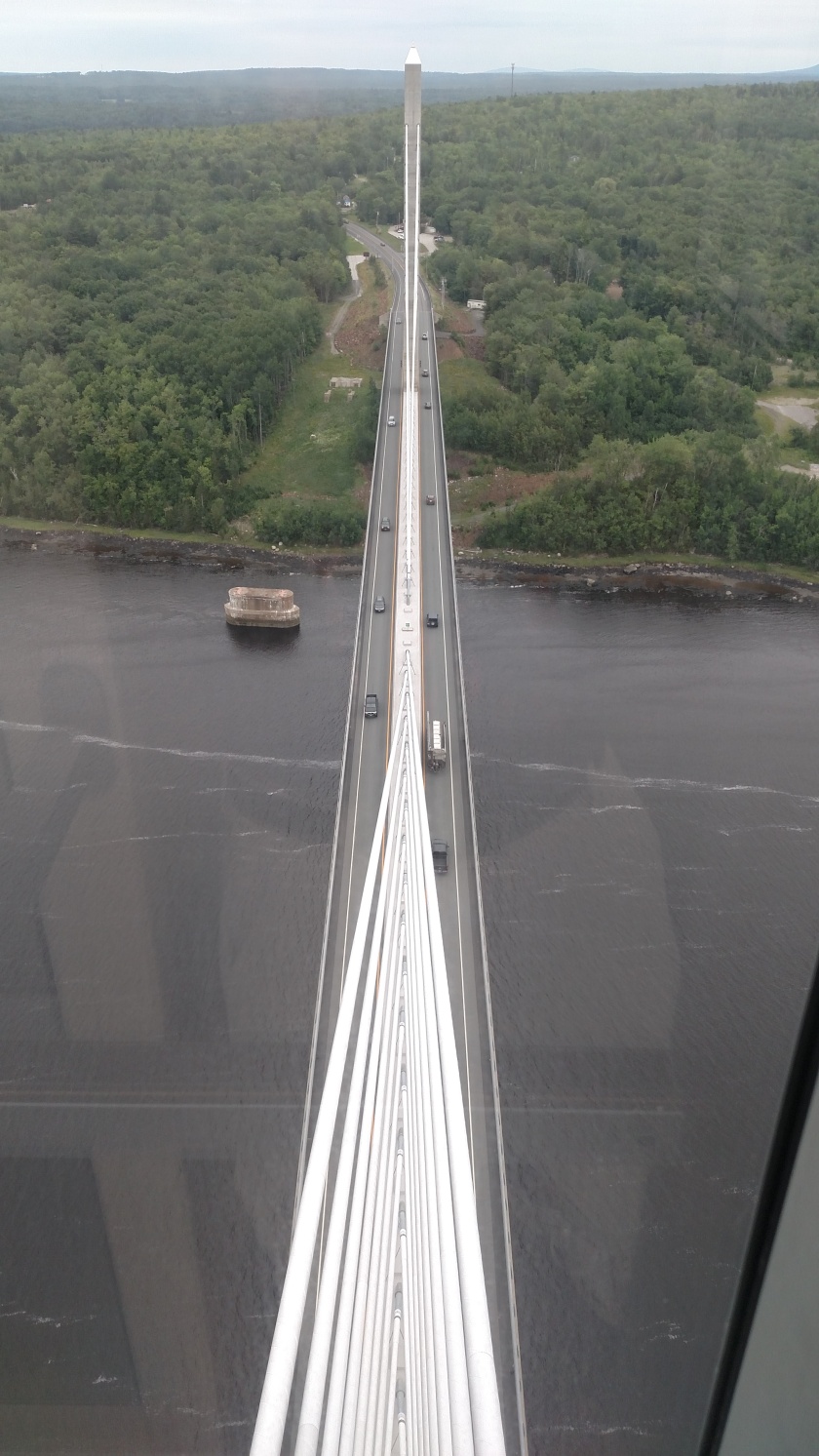 Here are two shots from the parking lot area:

And here is a photo taken at night which I found online: