Further north up the coast from Fundy National Park is Hopewell Cape, home of the famous Hopewell Rocks.  These are flowerpot rocks on steroids:

Before I go any further let me give you a quick explanation of how this works.  The body of water in these photos is the Bay of Fundy which separates New Brunswick province from Nova Scotia.  The Bay covers 6,177 square miles – about 4 times the size of the state of Rhode Island.  Give it a minute to let that fact soak in.  Every day massive amounts of water flow in and out of the Bay creating huge tides. I will explain more details at the end of this post but I’m sure you want to see more photos.

But first, an example of the difference between low and high tide at this specific location. 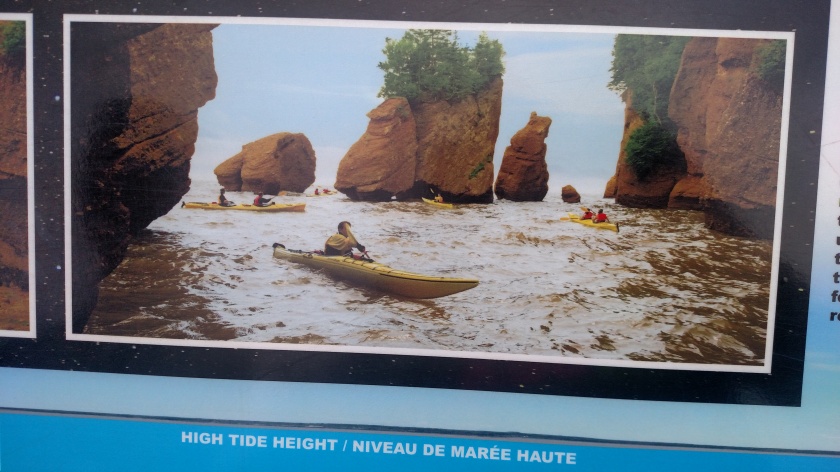 Those are actual photos posted at the Visitor Center.  The tide here rises 46 feet.  Now I know what you’re thinking – JohnBoy, if those were adults standing out there that isn’t any 46 feet…

Well, what you may not be able to tell from those photos is that the shoreline slopes downward from the formations to where the water is currently (my last few photos were taken within a few minutes of low tide, which occurred at 426 PM the day I was there).  From low tide the water had to rise 28 feet just to get to the base of the formations you are seeing. 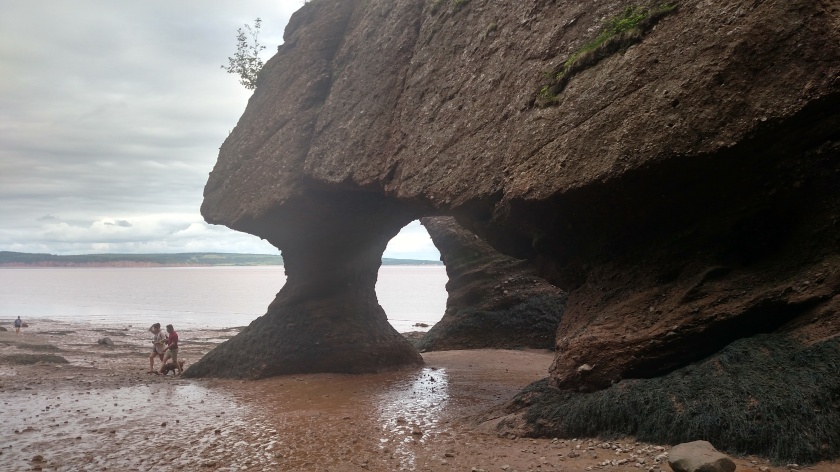 The photo above shows the metal stairs leading down from the walking path to the area where everyone is milling about.  A ranger told me that at high tide the lowest two or three flights of stairs are underwater.

This is what one of the formations looks like up close: 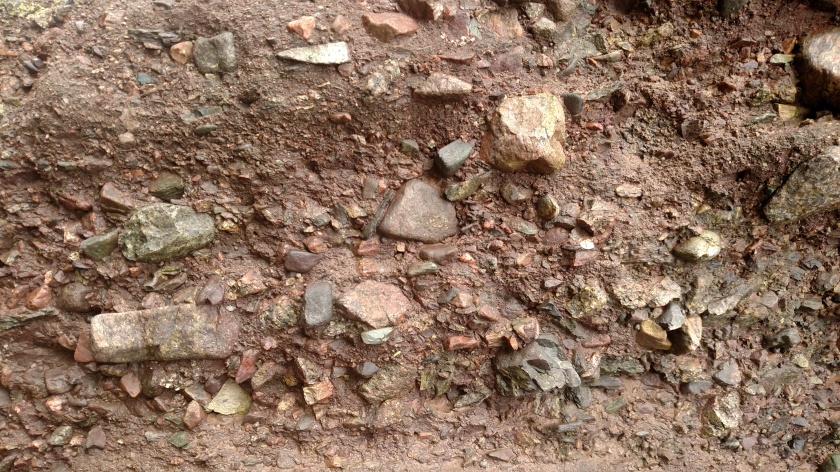 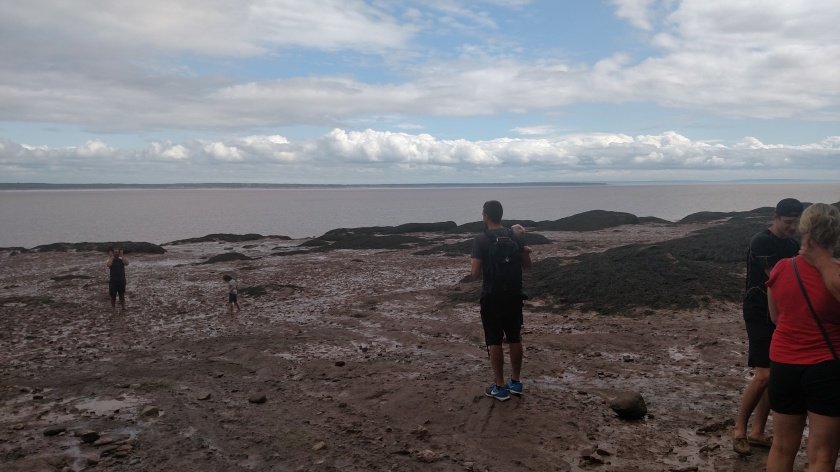 The photo above illustrates my point about the current water level at low tide.  The guy with the blue shoes is standing closer to the water than the formations.  His buddy on the left who is taking his picture is clearly lower in elevation and the water behind him is even lower yet.  Just imagine how much water it takes just in the area you can see in that photo to raise the water level 46 feet… 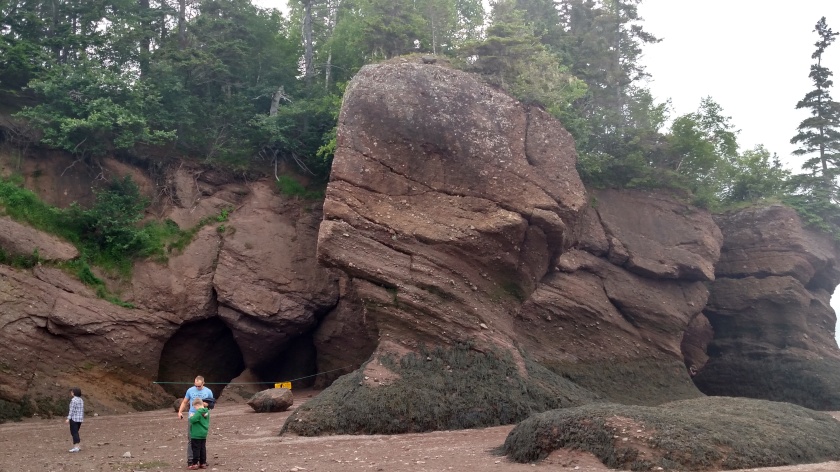 Every day 116 billion (that’s with a B) tonnes (which equates to 127 billion US tons) of water flow in and out of the Bay of Fundy.  Now I know water is very heavy, but 127 BILLION TONS of it.  That is the equivalent of the daily discharge of ALL the rivers in the world combined.

127 billion tons in and out, twice a day, every day.   Just a massive amount of water.

Full disclosure – there are not exactly two in and out cycles every single day.  A full cycle takes a little over 12 hours.  Each day the “same” high or low time is about 35-40 minutes later than it was the day before so 2 full cycles take more than 24 hours.  For example, over the next 5 days the “evening” low tide at Fundy National Park occurs at 932 pm, then 1007pm, 1042 pm, 1119pm and midnight.

The Bay of Fundy is wide and deep at the mouth and narrow and shallow at the northeast end so that is why all that water coming in raises the tide by such large amounts.  In places the tide can rise 14 feet in an hour.