Saturday, after my boat trip on the Western Brook Pond fjord, I continued north on Route 430 up the west side of the long Northern Peninsula portion of Newfoundland.  After leaving Gros Morne National Park the road pretty much runs right next to the Gulf of St. Lawrence most of the way north until it turns inland towards St. Anthony which is on the east side of the Peninsula.  I would be spending Saturday night at an Airbnb in the little town of Quirpon (pronounced kar-POON – which I wouldn’t have guessed in a million years), north of St. Anthony – almost as far north as one can drive in Newfoundland. 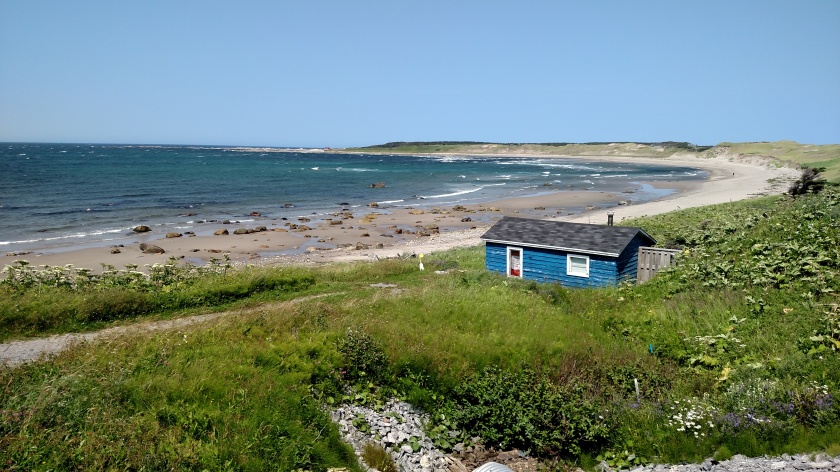 I made a quick side trip into the town of Port au Croix.  There I found a replica of a “chaloupe,” a longboat often used by 8 to 10 oarsmen. 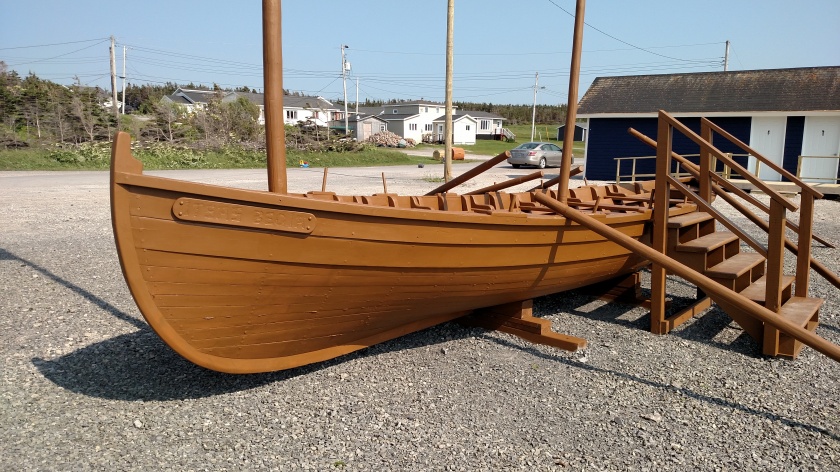 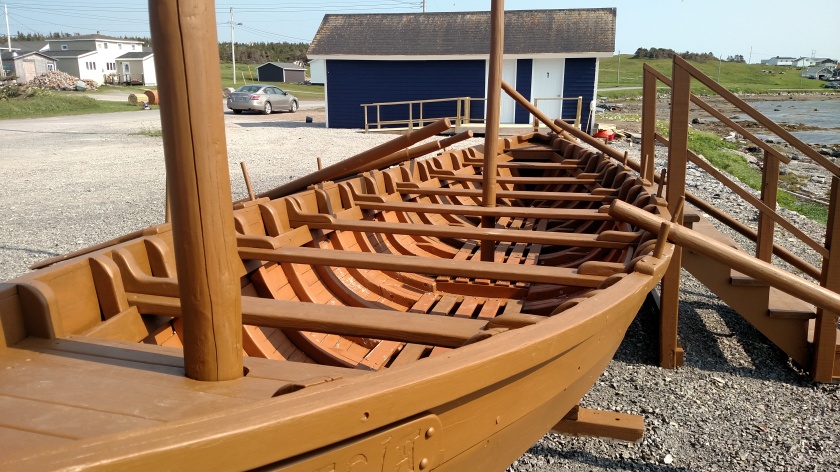 Further up the road – more mountains, different in appearance from what I had seen so far while in Newfoundland.  These have some lighter shades of green and have “bands” of rock running across them.  They were pretty far from the highway so I can’t tell of they are covered with trees or just vegetation, and they appear to be bare at the top. 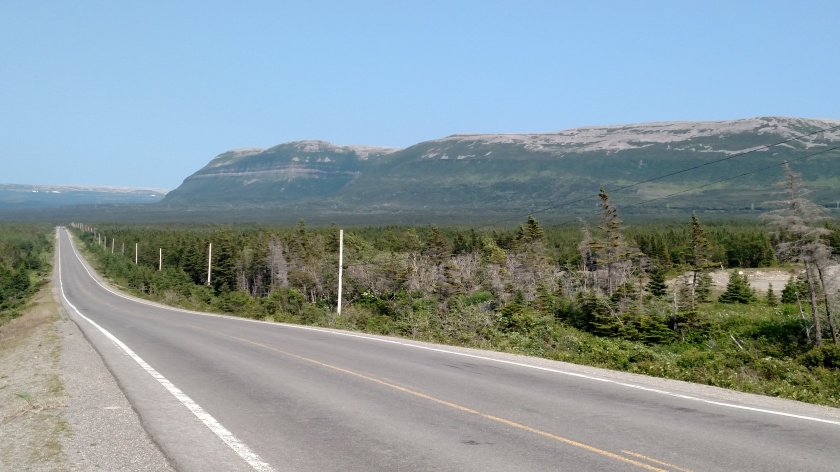 As I drove further north this is a closer shot of the mountain on the left in the photo above:

And even further up the road, another one.  I can’t tell from my map which mountains they are or how tall they are.

Meanwhile the road continues to go straight for long stretches as a time, right next to the water.

I finally made it up to where the road crosses the Peninsula over towards St. Anthony.  I passed the St. Anthony airport, whose three letter designation is YAY which I thought was pretty cool.

I finally made it to Quirpon.  Quirpon used to be a fishing town until the government put the kibosh on the commercial cod fishing industry in 1992.

This is the view from my Airbnb host’s front yard overlooking Quirpon Harbour. 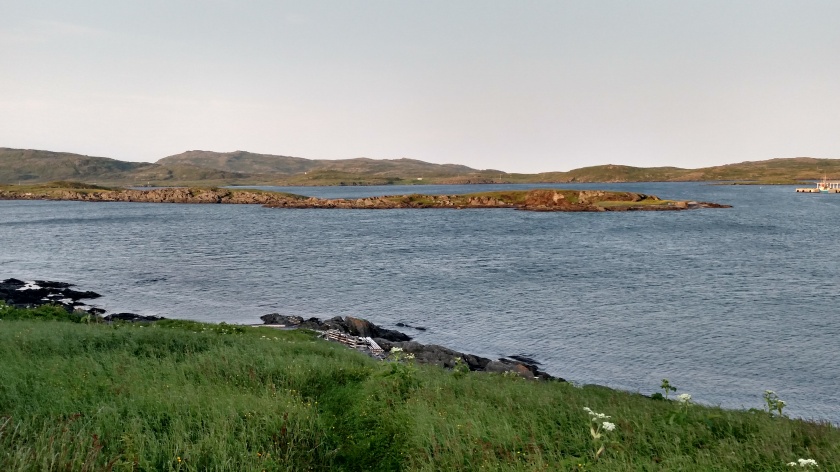 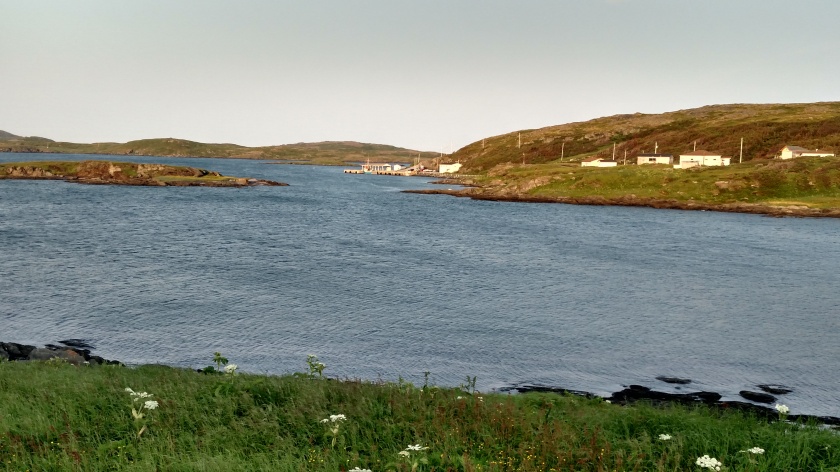 We sat around a fire pit (without a fire – it was quite warm all day) talking and my host pointed out something I had never seen before.  Out beyond the first island which juts in from the left of the photo, white birds were diving into the water from fairly high up.  These were Northern Gannets (rhymes with Janets).  I was too far away to get photos, even with my zoom lens, but here are photos I found online:

A unique thing about gannets is that when they dive they pull in their wings and develop a long, slender profile – like a dart.  Here is a sequence showing the dive.  Note how the bird looks just before hitting the water:

One thought on “Gros Morne to Quirpon, Newfoundland”