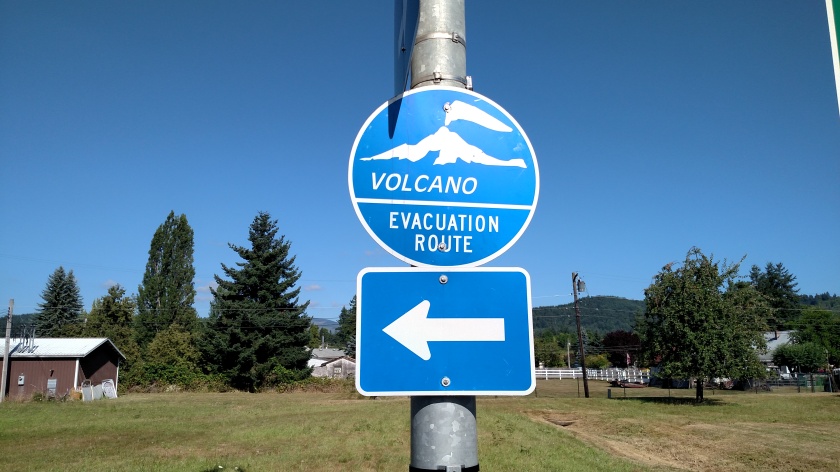 Most of us have probably seen hurricane evacuation route signs.  These caught my attention as I was driving around the area.

If Mount Rainier ever decides to blow it’s top (it is an active stratovolcano) I think it will be “Goodnight, Irene”. 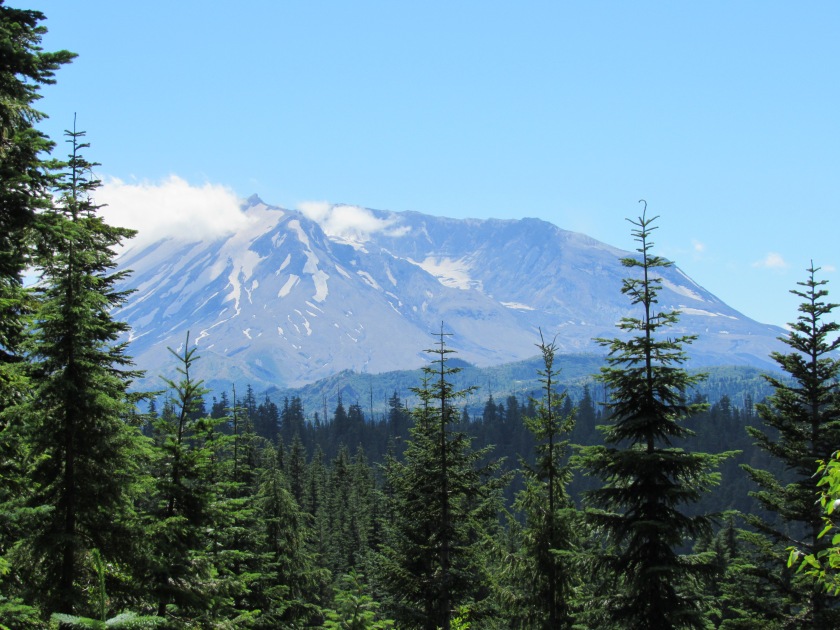 I approached Mount Saint Helens from the north (it is the side of the mountain which blew out).  I was SO BUMMED to find out that both the Windy Ridge overlook and another popular viewing point are temporarily closed (inaccessible due to current road conditions).  When I get back to Durham I need to find the pictures I took here years ago.  I thought I’d come across them when I started going through and getting rid of stuff in anticipation of moving (which I have decided not to do for the time being).

The mountain erupted May 18, 1980, directly killing 57 people.  The blast created a shock wave which was estimated to have reached 680 degrees Fahrenheit and had a ground speed of 200 mph.  A local lodge owner’s body was found under hundreds of feet of rock, ash and debris.  One photographer’s body was found shielding his camera, so the pictures he had taken were retrievable.  Another photographer, Gary Rosenquist, took the, now famous, sequence photos of the eruption that morning.  He was spared because the topography deflected the blast, though not by much, from where he was taking pictures.

The mountain’s peak was at 9,677 feet elevation before the eruption. The current elevation is 8,366 feet.

What appears to be smoke on the outside of the rim is actually a cloud.  Some of the smoke inside the rim may be from the mountain itself.  Mount Saint Helens is still considered an active stratovolcano. 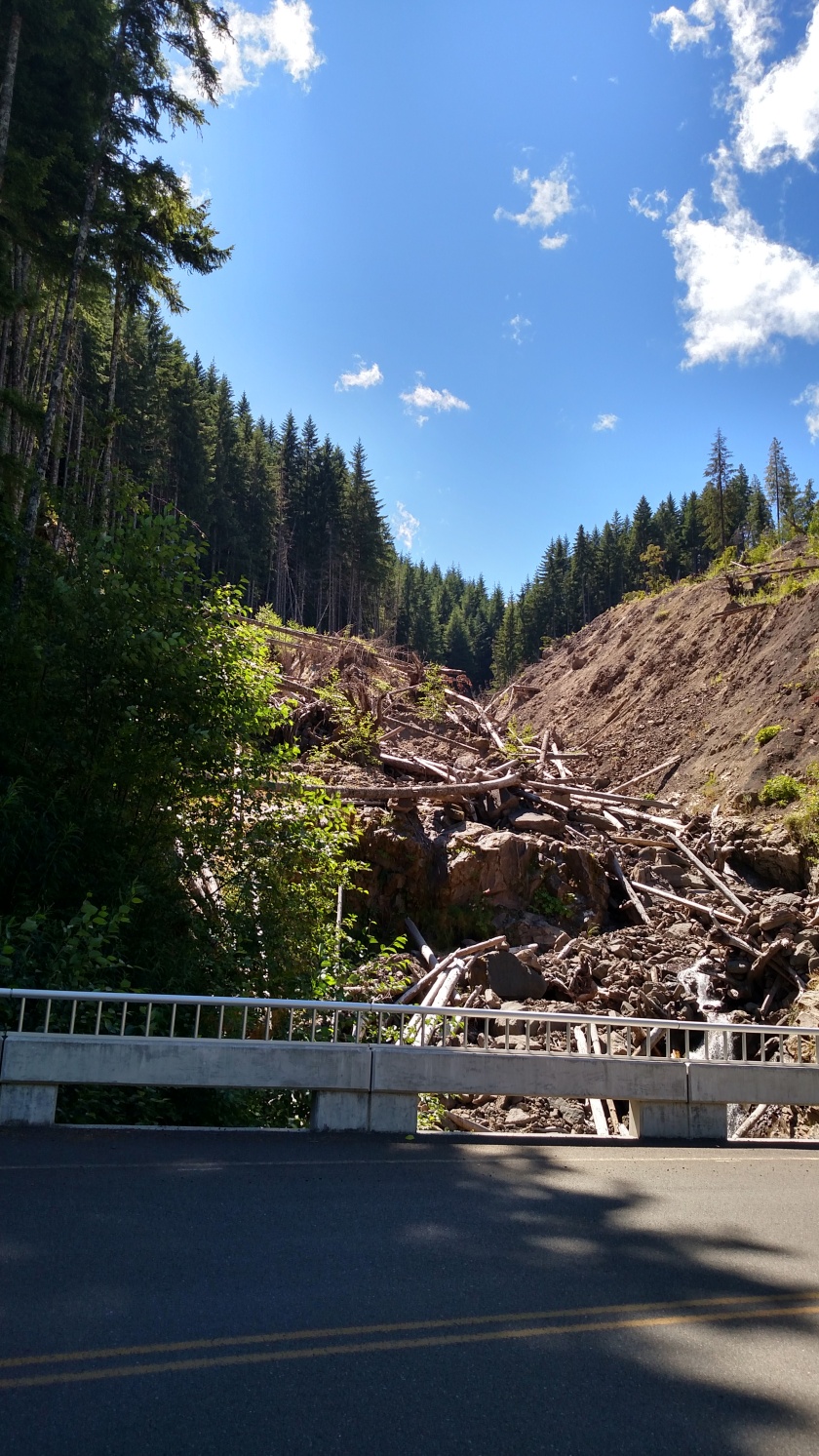 I came across this on my way up to Mount Saint Helen’s.  There is a stream under all those logs which apparently eroded the bank.  Trees fall down go boom.  I wonder if there was anyone here to hear it? Otherwise it made no noise!

These were taken near the town of Eatonville which is about 20 miles west of the mountain.  The top picture was taken with my cell phone camera (at maximum zoom, I believe).  The bottom one was taken with the Canon. 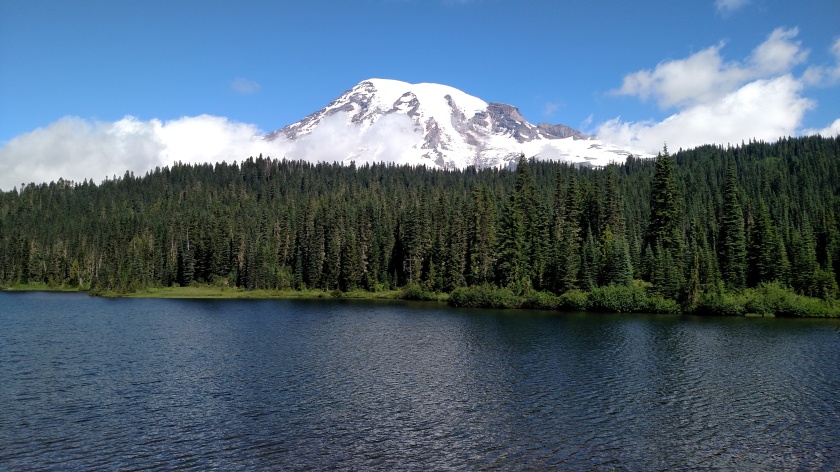 This is from the south side of the mountain.  You are seeing one of the “reflecting lakes” which, under calm conditions, will render a mirror image of the mountain.  There was a breeze today so the ripples on the lake spoiled that potential shot (still a pretty picture, though).  I wanted you to know I at least made the effort.

I’m sure you can find good mirror image pictures of the mountain online.

This morning I stopped in again at Mount Rainier, this time entering the Park from the south.  It’s hard to take a bad picture here unless the sun is behind your target.  I specifically timed my placement both days so the sun would be behind me.

The low clouds are a common sight around these tall mountains.  I saw clouds at about this height most of the day in other parts of the state as well.  I was very fortunate yesterday to have had a completely clear day. 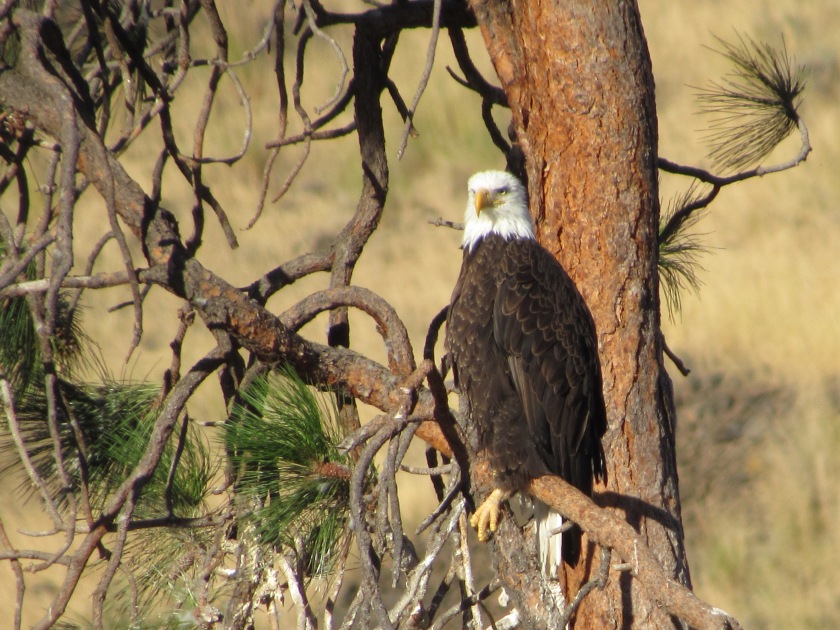 I went back through Yakima Canyon again this morning and found the eagle at the same place.  This time she was looking towards me (for some reason female animals tend to want to show me their backside. Was it something I said?…).