Sunday, July 8 I started my day by going back in to Sausalito, California which wasn’t very far from where I was staying in San Rafael.  When I left town a few days earlier I discovered a whole area facing San Francisco which I didn’t know existed.  I also wanted to go to a taco shop which had been highly recommended but which wasn’t open the day after the 4th of July.

The taco shop didn’t open until 11 so I killed some time down by the marina.

These were at the taco shop where I had lunch.  They reminded me of a metal car with a surfboard on top that a friend of mine gave me when he learned how much I like to drive. 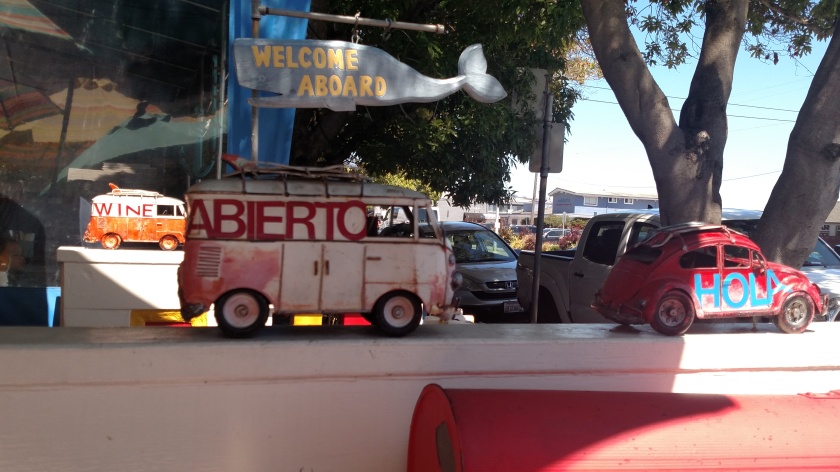 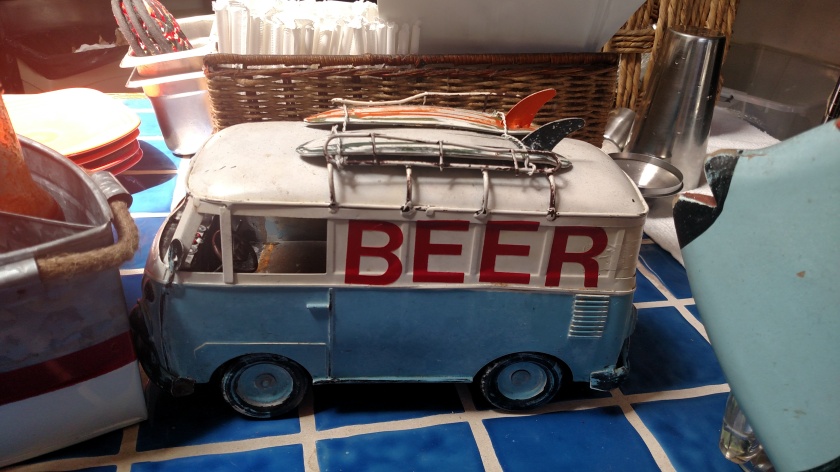 As I was walking back to my car I passed a very fragrant plant which I found very pleasant.  I asked someone who was walking their dog on that street and they told me it is a Star Jasmine.

I then drove to the part of Sausalito I only saw briefly a few days earlier.

And lo a behold, here was another office for Engel & Volkers, the high-end German based realtors I mentioned in an earlier post.

This office is in the original Sausalito Firehouse: 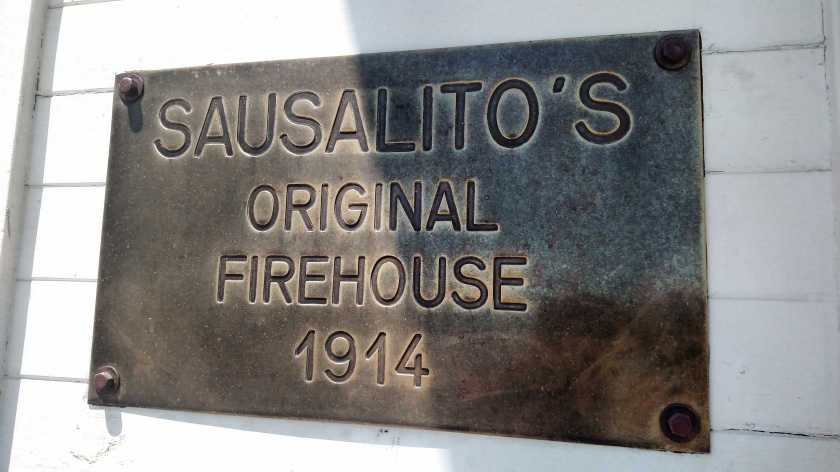 I did a little window shopping….

How about this nice mansion near Seattle: 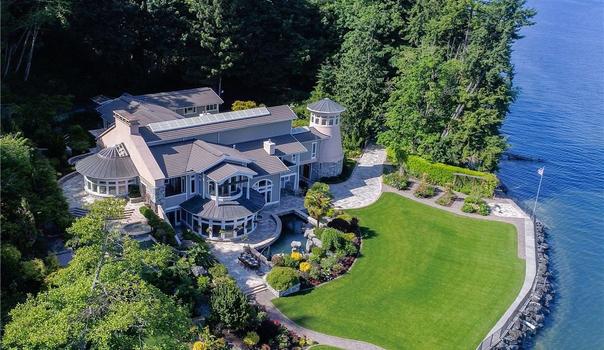 Or how about this yacht – the Seven Sins: 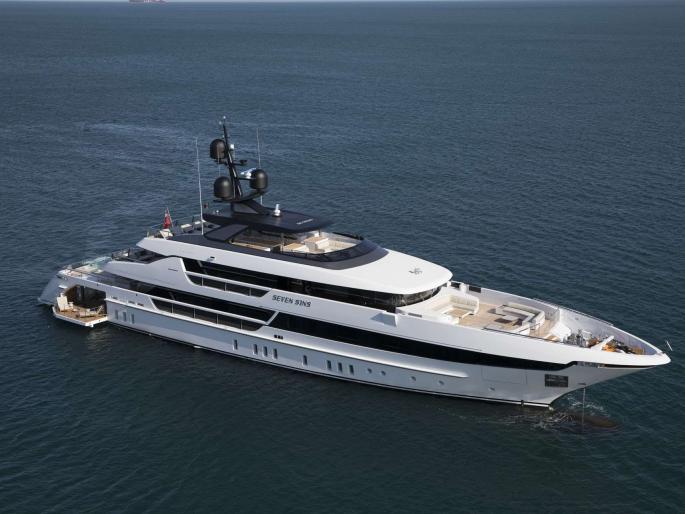 Or how about the maYbe:

You can own this 193 foot yacht and sail it from the French Riviera to the dock of your choice for a cool $40.825 million.

After getting my head out of the clouds I moved on.  I decided to head back out to the coast, taking a slightly different route than I had on Thursday.  Before getting off “The 101” onto Route 1 I saw this tour helicopter getting ready to take off with a group of sightseers: 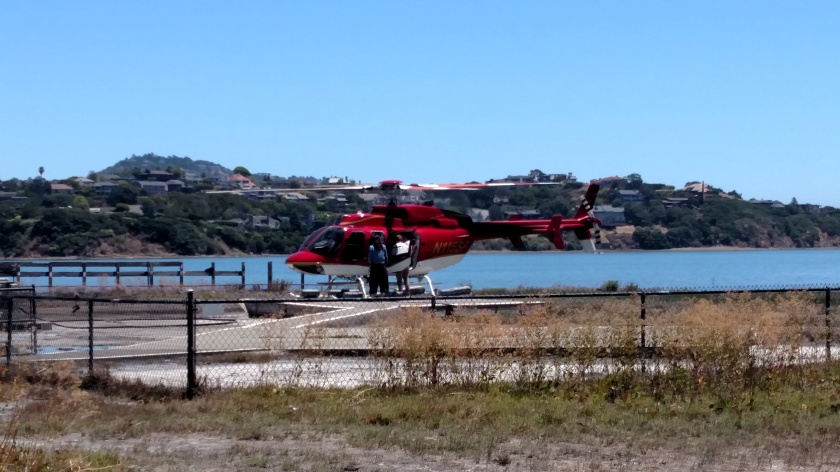 And parked nearby was this seaplane:

I was tempted to go for a ride but am going to wait until later in the trip when I’m back in Coeur d’Alene, Idaho.  Last year I visited with a couple who operate a seaplane operation there but no other passengers showed up while I was there and the pilot would only go up with two or more passengers.  They were very nice and I think I’ll save my business for them.

I headed back up towards Point Reyes National Seashore.  I wanted to drive the third road there which would take me out to one of the beaches.  Before I got there I stopped at the Point Reyes Bird Observatory, located at the extreme south end of the property.  It was way out towards the end of what became a dirt road.  There wasn’t anyone there but there were directions to a path.  It didn’t look very heavily traveled, and I was a little leery about heading out alone, so I left.  I did manage to get a photo of a bird chirping away at the top of a nearby tree.  I have no idea what kind of bird it is. 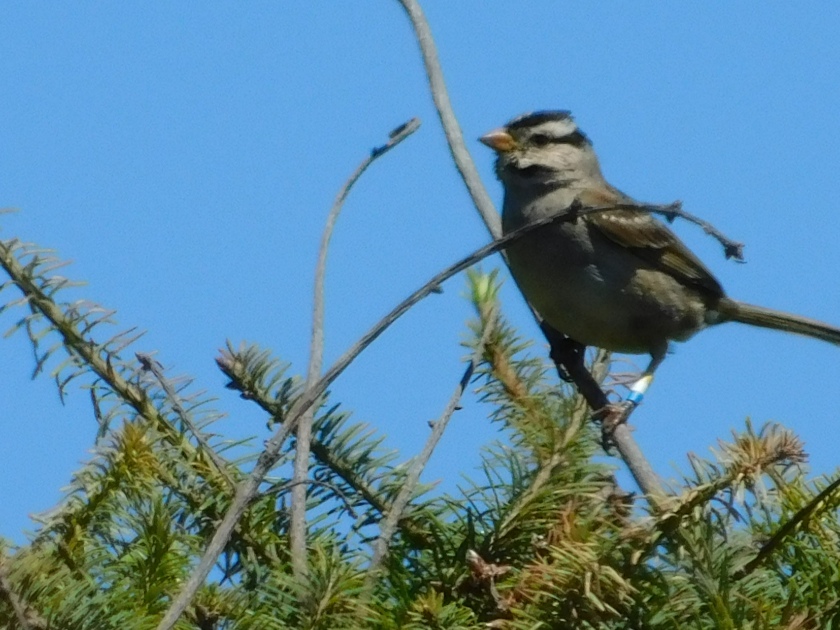 As I headed back out to the main road I passed what turns out to be a Coast Guard communications facility.  There were a number of unusual antennas scattered about the property. 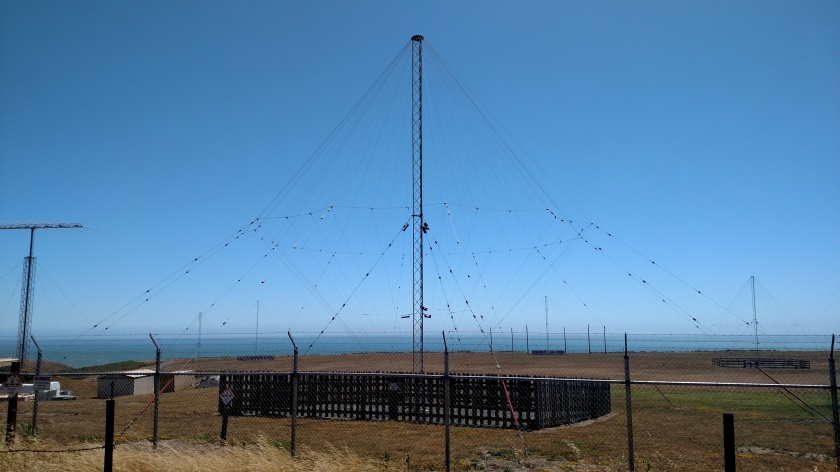