Friday of last week I drove from where I had been staying in Ukiah north to Arcata, which is about 10 miles north of Eureka, California.  When I stopped at the Visitor Center in Eureka Friday evening I got a map with a walking and driving tour of the town highlighting many Victorian and other homes in the section called “Old Town Eureka”.  Saturday morning I drove back to town to take a look:

This is a fixer-upper which looks like it could use some TLC – but it certainly has potential. 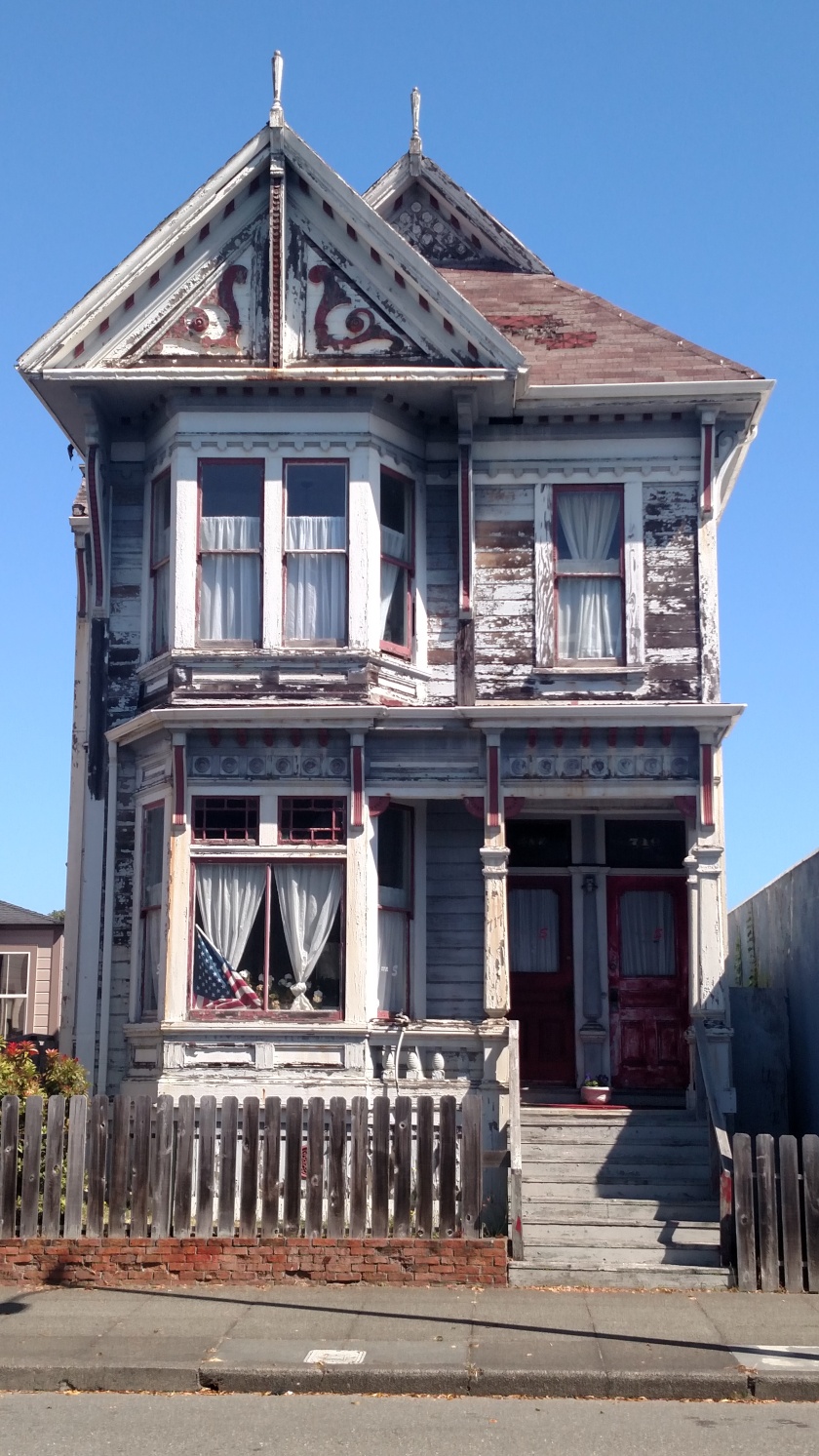 Then there were these six houses all in a row.  While maybe not considered Victorian they are well maintained. 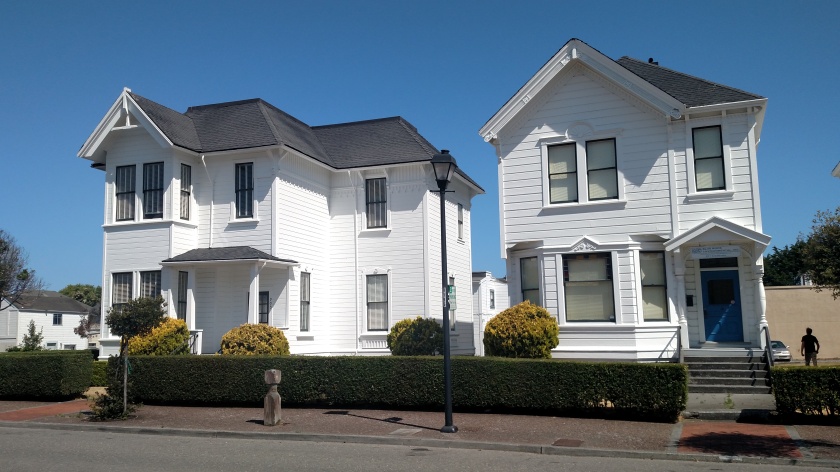 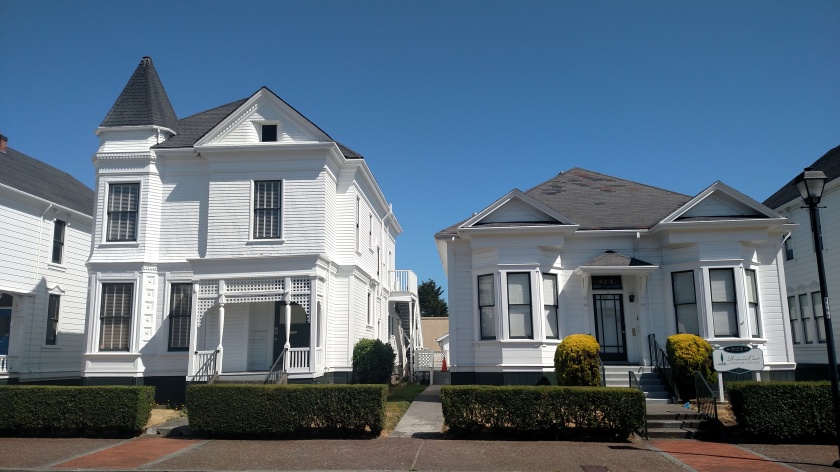 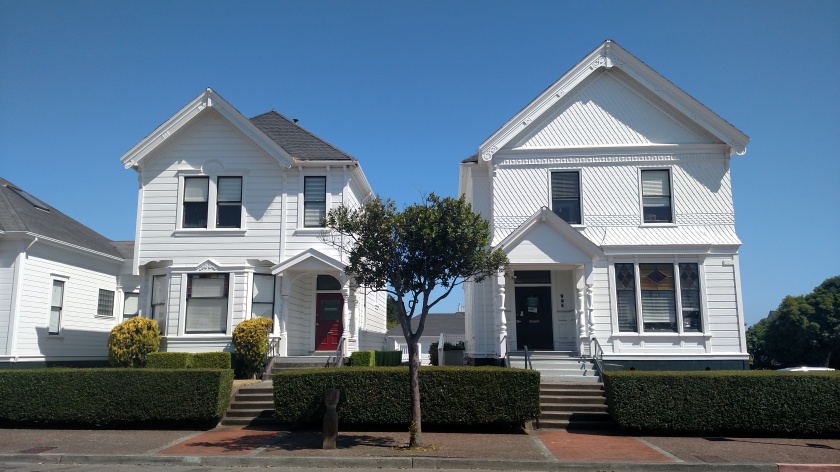 Looking for something with a little more color?  OK, how about this? 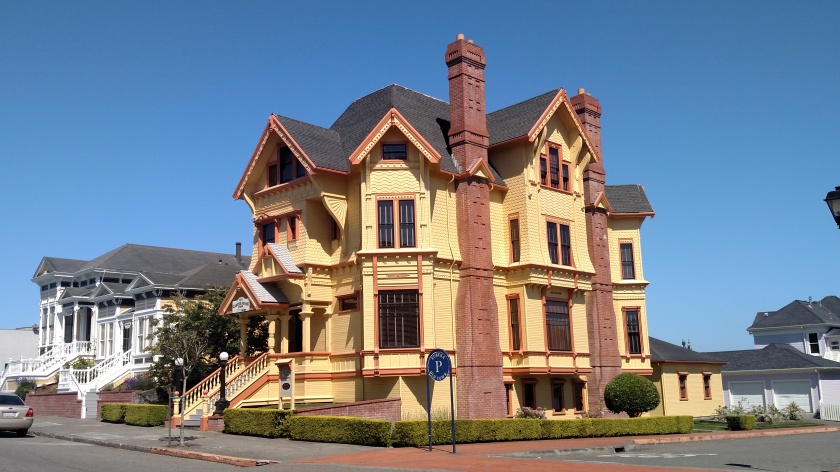 That house is so cool I’m going to do a separate post with closeup photos of various portions.

Looking for something even more elaborate?  OK, this ought to do the trick: 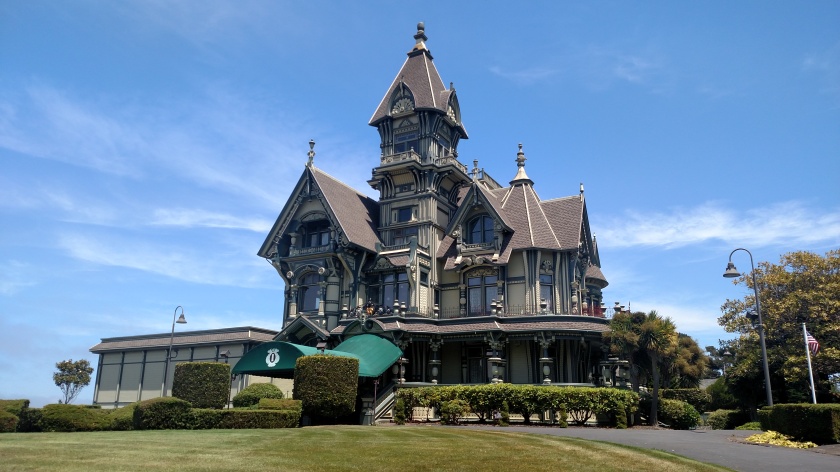 That is the former “Carson Mansion,” built in 1885 by pioneer lumberman William Carson.  It is one of the premier examples of Victorian architecture in the United States, perhaps the world  It was almost demolished, which was going to cost $ 35,000.  Well, an organization bought it for that price and supposedly spent over two million dollars painting and restoring it to it’s current condition.  It is now a private club, the “Ingomar Club” (named for Mr. Carson’s favorite play).  There are rumors and lawsuits about the behavior within the confines of the club but I’m content to just stick to the exterior.

Here are some other photos (I didn’t want to venture onto the property since it is private). 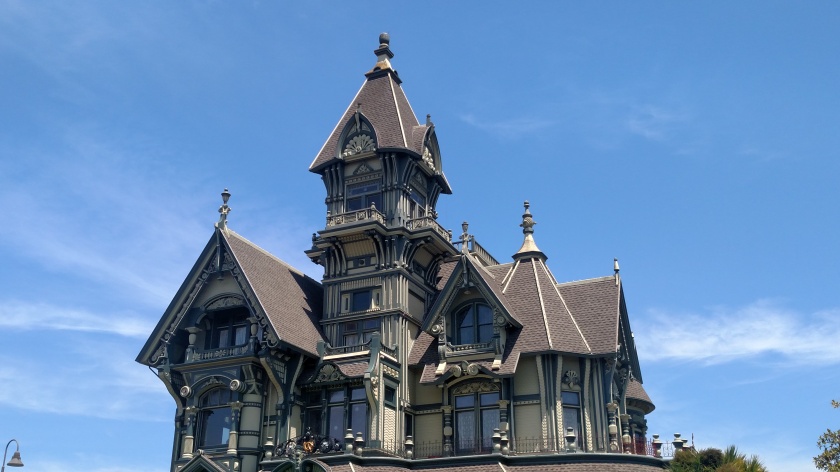 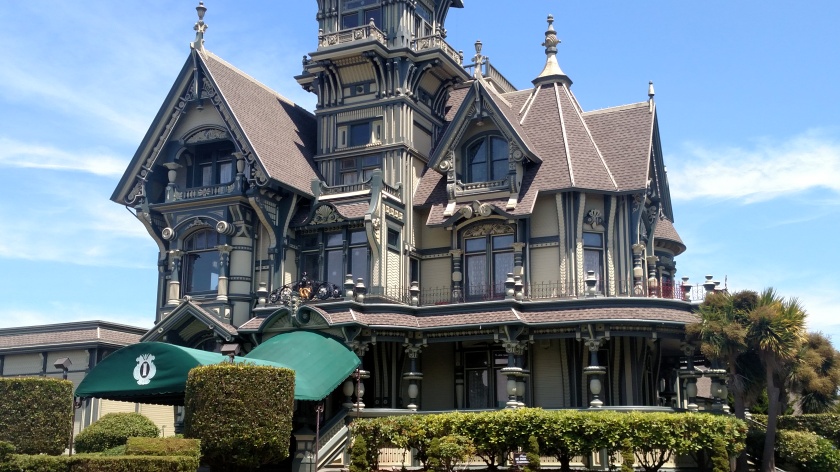 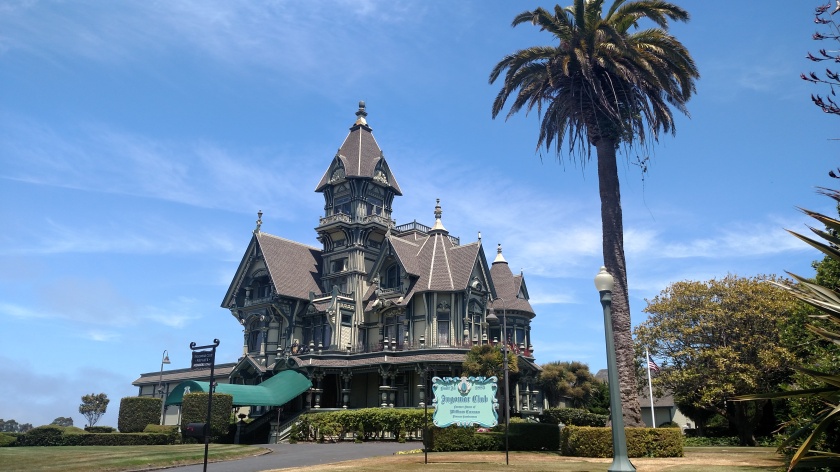 There are other photos, including interior shots and a great photo of the house painted and lit up for Christmas, online.

Here are a few more houses I saw while doing the walking tour of Eureka. 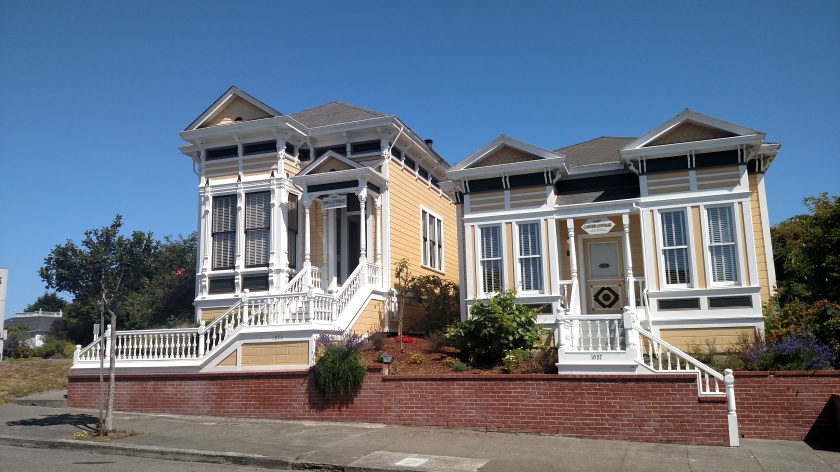 This is “Pink Lady,” built for Mr. Carson’s son Milton as a wedding gift, and is right across the street from the Ingomar Club.  It is now a rental property and there are some amazing interior and exterior photos online. 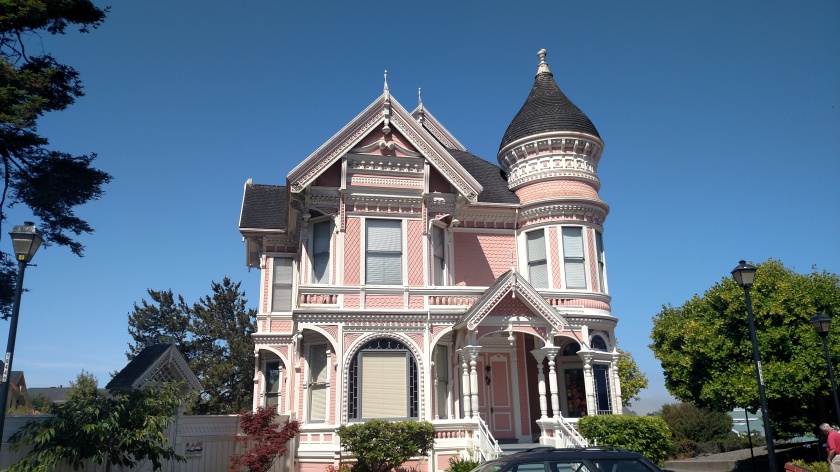 Hard to tell because of the bright morning sun but this last house is lavender in color. 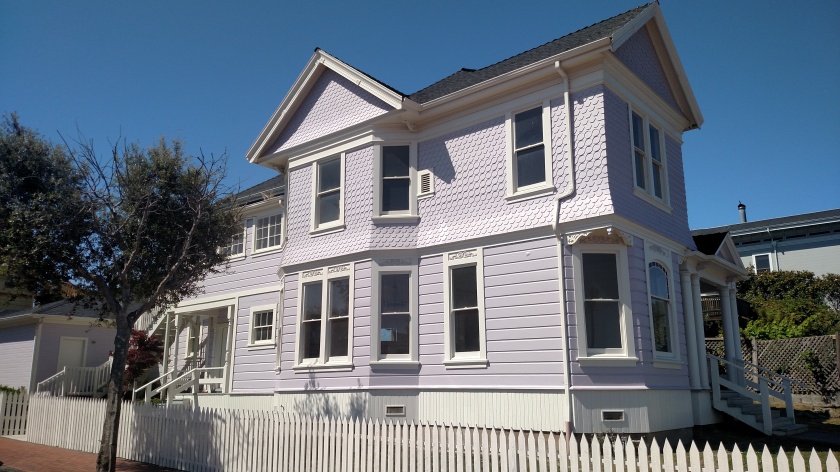