Thursday night on the way home from Crescent Beach I stopped by the Harbor to check out a restaurant that several people had told me about. They said there was also a spot next to the restaurant to see seals up close. I went to the spot they told me about and out on the old dock (a platform there specifically to keep the seals away from people – apparently they can be pretty nasty) there were not the tens or hundreds I was expecting, but exactly two. 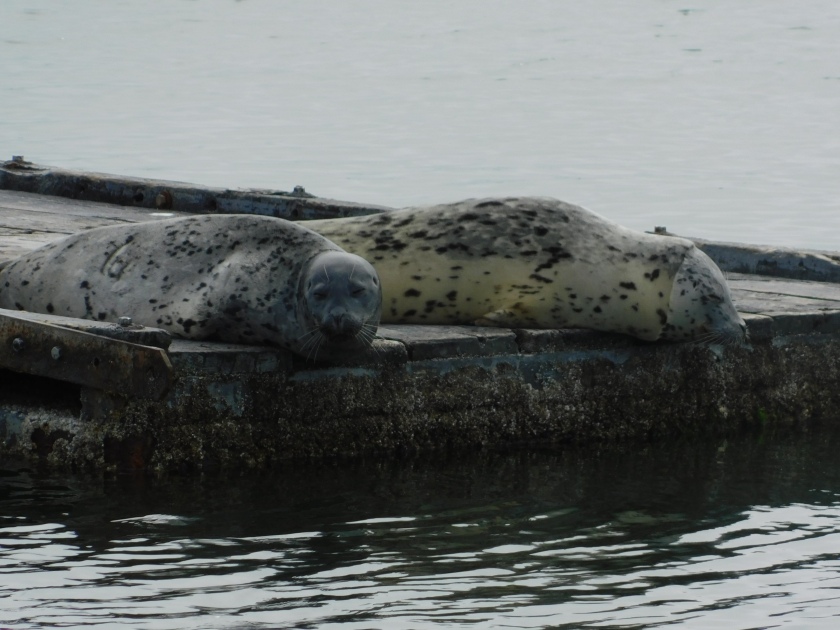 Well, three. There was one in the water that would stick his head up for a few seconds then disappear underwater only to pop up somewhere else about a minute later (and I think it may actually be a sea lion).

Since that one was unpredictable I went back to the two on the dock, who were VERY predictable. The gray one did move his head around a bit but the other seemed to be sound asleep. 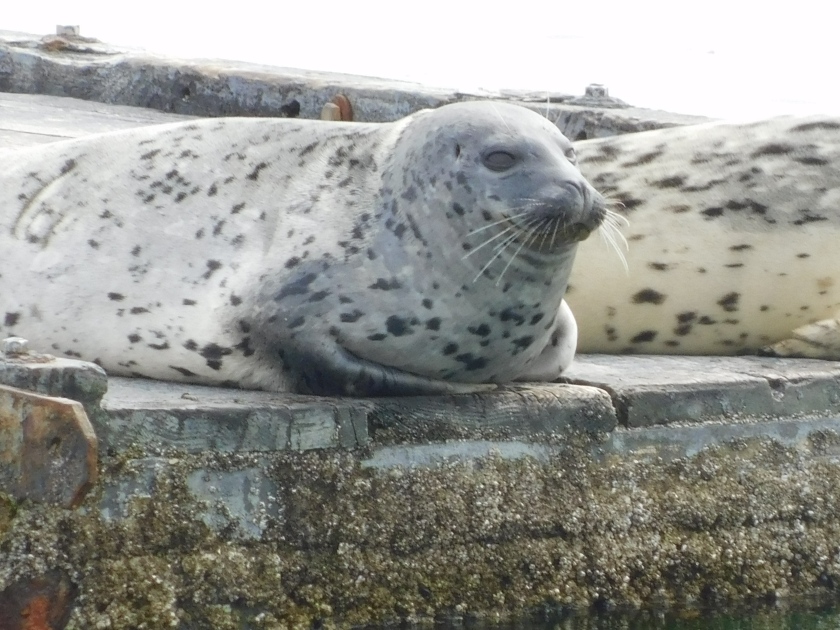 I believe I need a drink. 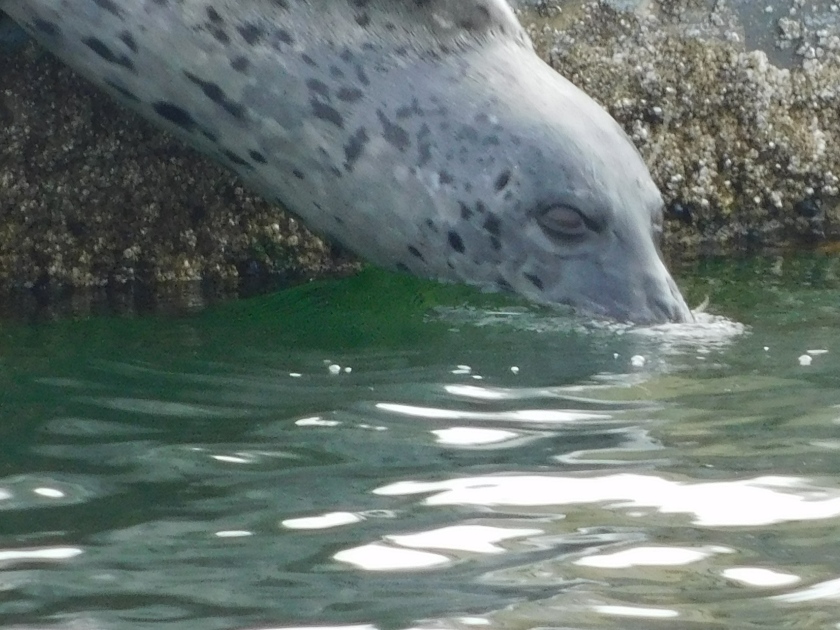 I’d hate for you to drink alone… 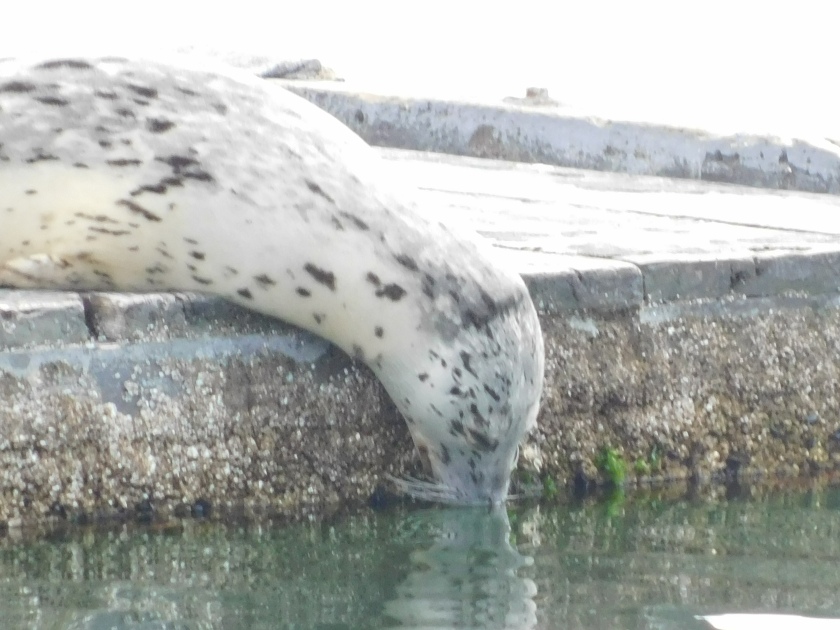 Then I changed my attention to a brown pelican which was flying around and in the course of a few minutes plunged into the water several times to catch fish. This was just after the first successful catch I witnessed:

Then he took off to try again:

I missed the next landing but shortly after it he took off yet again: 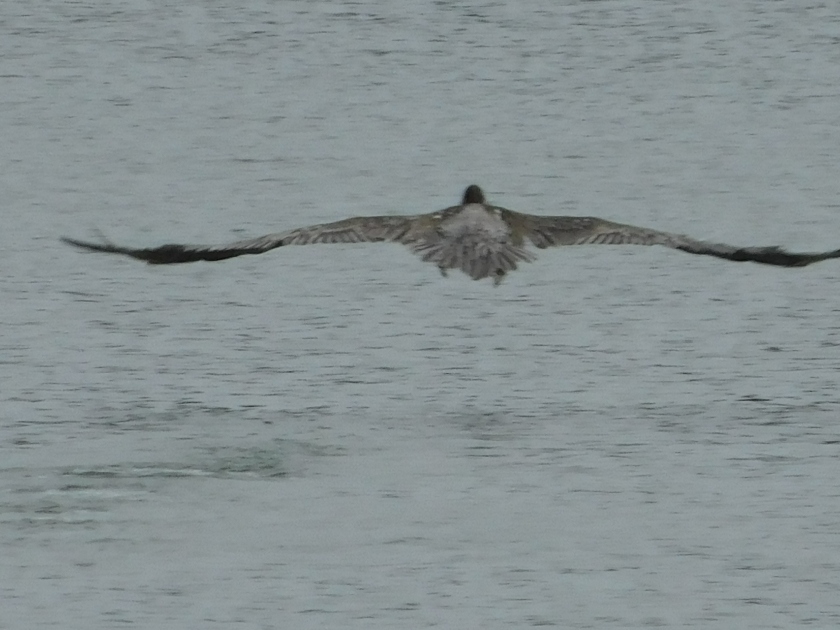 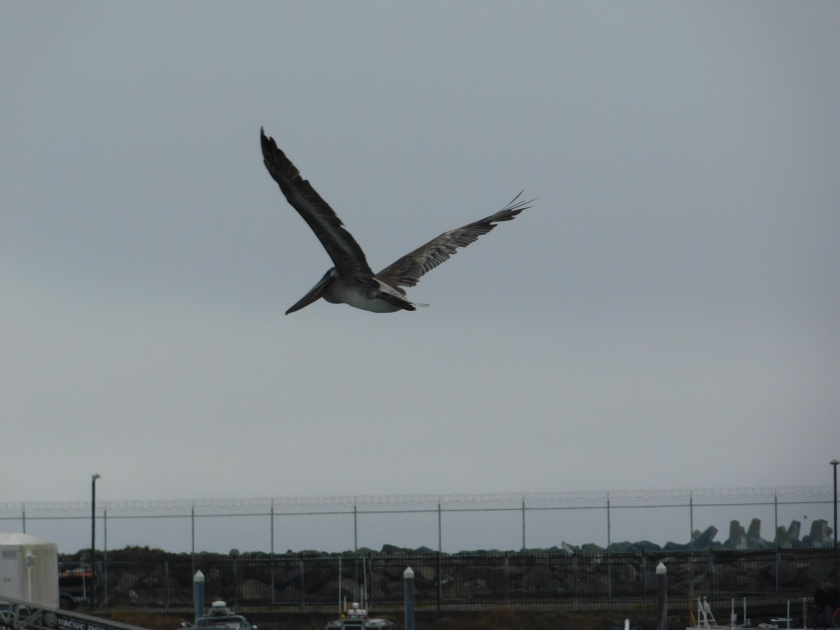 And it wasn’t long after that when he struck again:

Before I left the harbor I snagged two more pictures of the Battery Point Light, across the harbor from where I was. I had taken a picture from this vantage point Tuesday afternoon when I arrived in town and it was just a tad clearer Thursday evening when I took these.