Sunday morning I left where I had been staying in Gold Beach and continued driving north up the Oregon coast.

This is Sisters Rock, which is where I think I want to build my dream house… 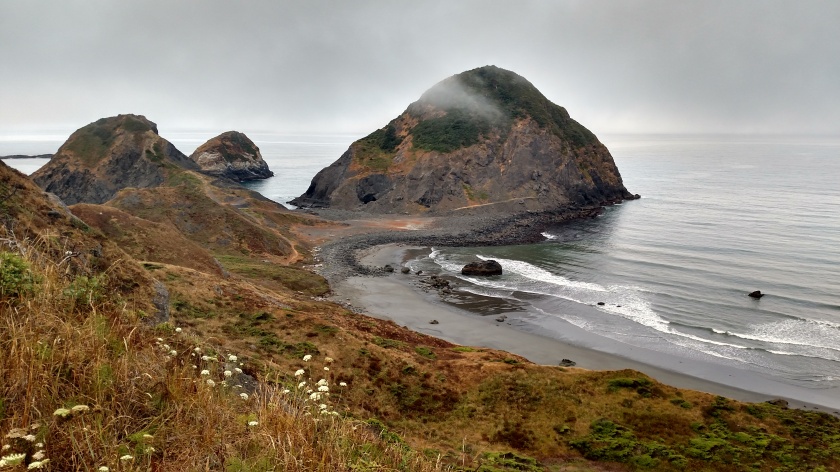 I stood there for a long time and just enjoyed the solitude.  There was hardly any traffic on the highway behind me, there were hardly any birds and the ocean was quietly coming in to the beach.  It was very relaxing.

Ultimately I set my daydreams aside and pressed forward….

I soon arrived in the little town of Port Orford:

This is the Port itself.

On the hill to the right was a Coast Guard station, which also used the Port to launch ships to rescue people stranded at sea.  The facility now houses the Coast Guard Lifeboat Museum: 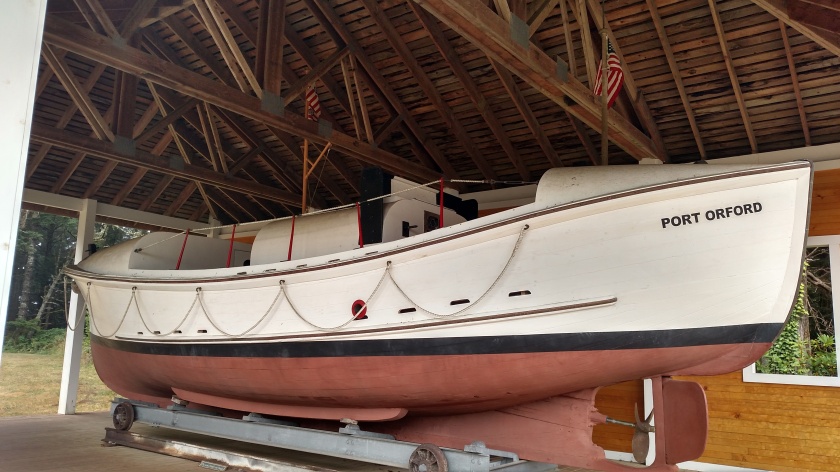 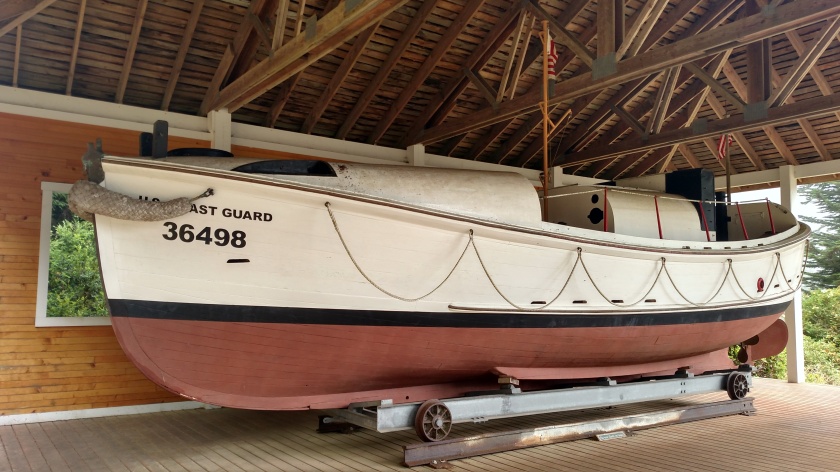 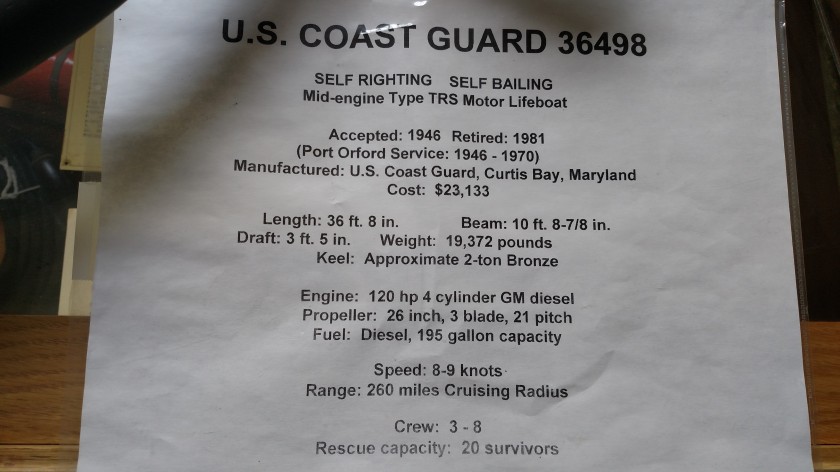 I had a lengthy and, at times, amusing conversation with the woman volunteer who was at the entry to the museum (and her husband was in another room to explain some of the history of the facility).

Further up the road I stopped at a State Park near Bandon.  The coast remained socked in.  I took lots of pictures but you can’t see very much so I won’t post most of them (I returned to the same place on Monday and it was totally clear so I’ll post those photos next).  I do want to post one from Sunday, though. 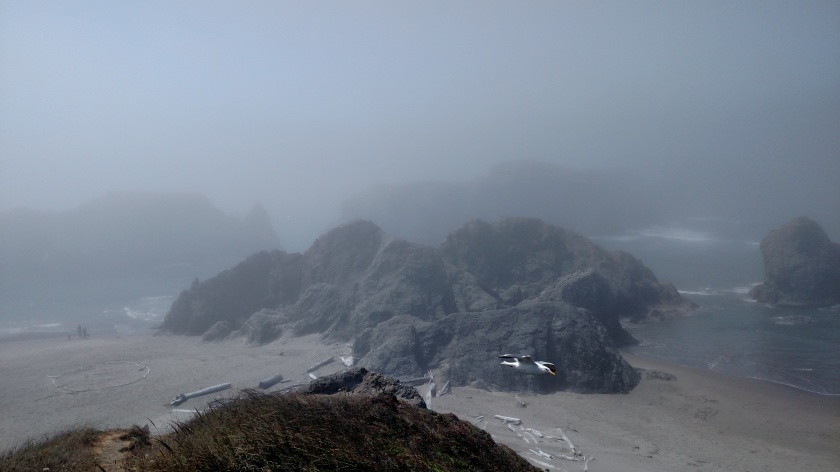 The thing that was really cool about this spot was the seagulls.  I stood at the top of a cliff overlooking the beach and the multiple rock formations just offshore.  Well, the seagulls would come zipping by where I was standing, only about a foot or two off the bank and sometimes not very far from me.  I was hoping the pictures I took with my smartphone would better reflect what I was experiencing.  I stood there watching quite a while, and returned to the same spot on Monday.

I drove into Bandon and an area called Old Town, your basic tourist town with many nice restaurants and shops, although there is also a very busy marina.  When I left Bandon to head north to Coos Bay I stopped at a store to buy something and saw this in the parking lot: 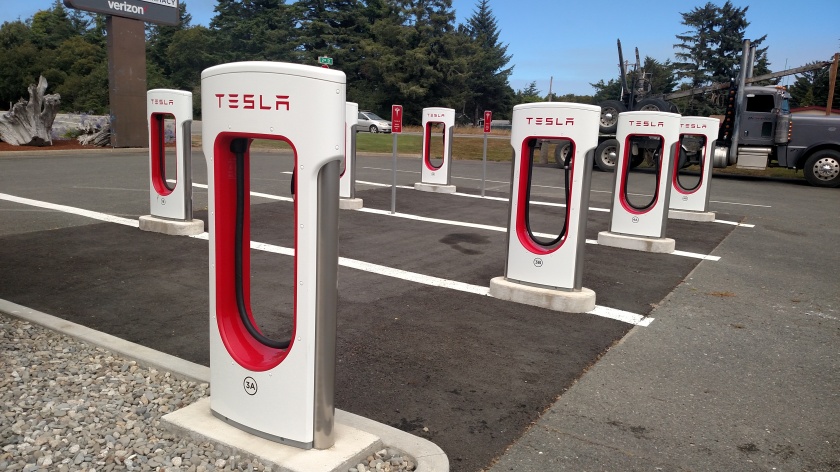 I saw lots of electric car charging stations in California (as well as the cars that use them) and I expect I’ll be seeing lots more in Oregon and Washington.