Before I post photos from this leg of my journey I have 3 more pictures from up near Quirpon which I want to share.  This shot is in that village itself.  At the extreme northern end of the Northern Peninsula of Newfoundland I noticed that many of the bodies of water, both large and small, had huge rocks (too big for a single person to move) in the shallow water close to the shore. 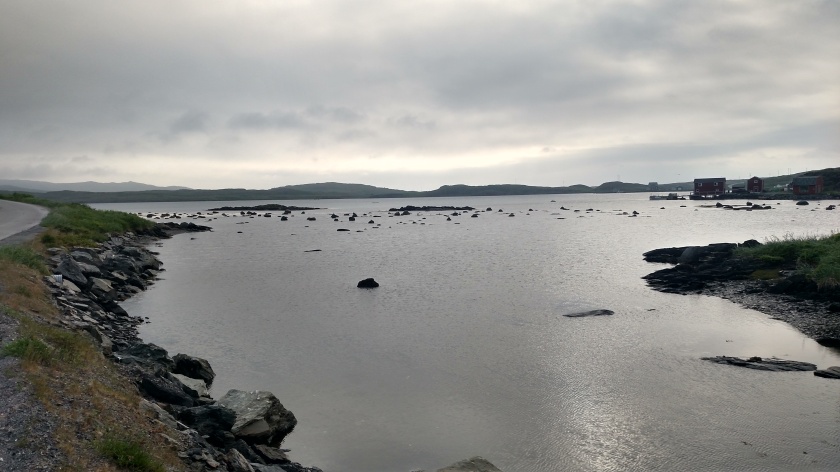 These two shots are from just down the road in little Saint Lunaire-Griquet: 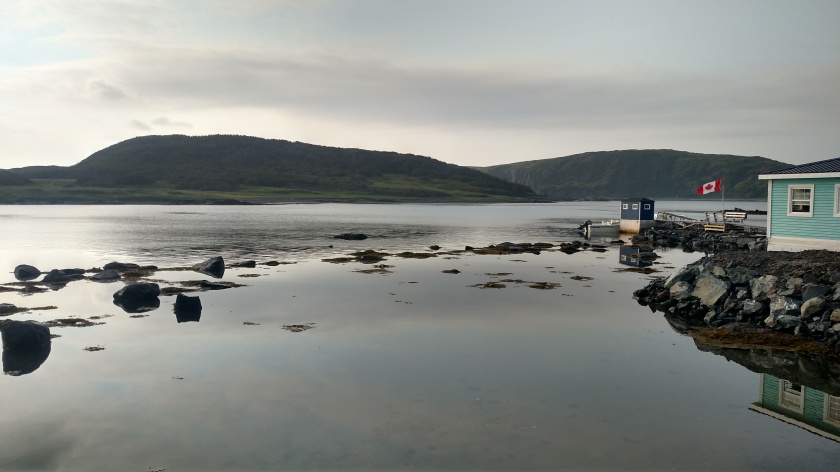 OK – now that I was back in Deer Lake (Monday morning) I headed east on the Trans Canada Highway towards my next overnight stop in Gander.

As I drove east I saw several good photo ops. 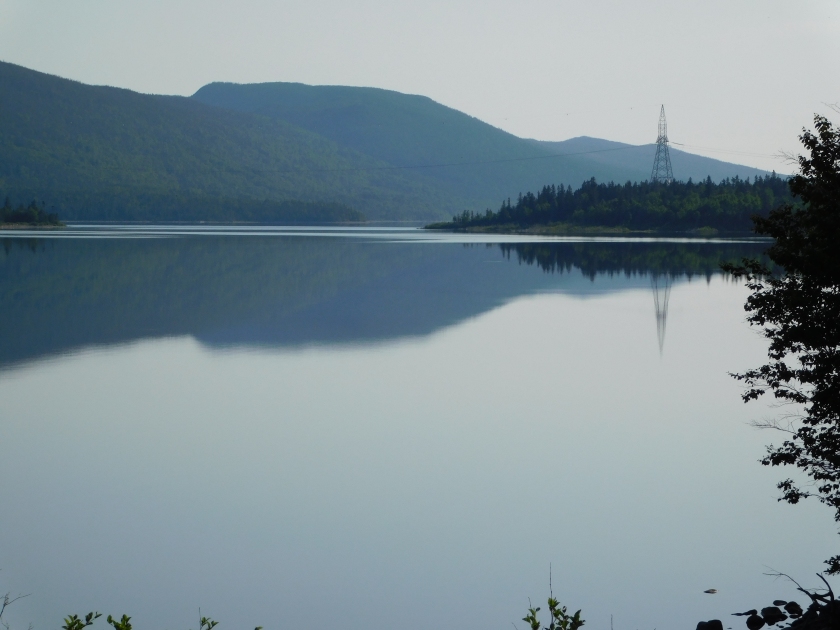 The State of North Carolina would run out of these signs… 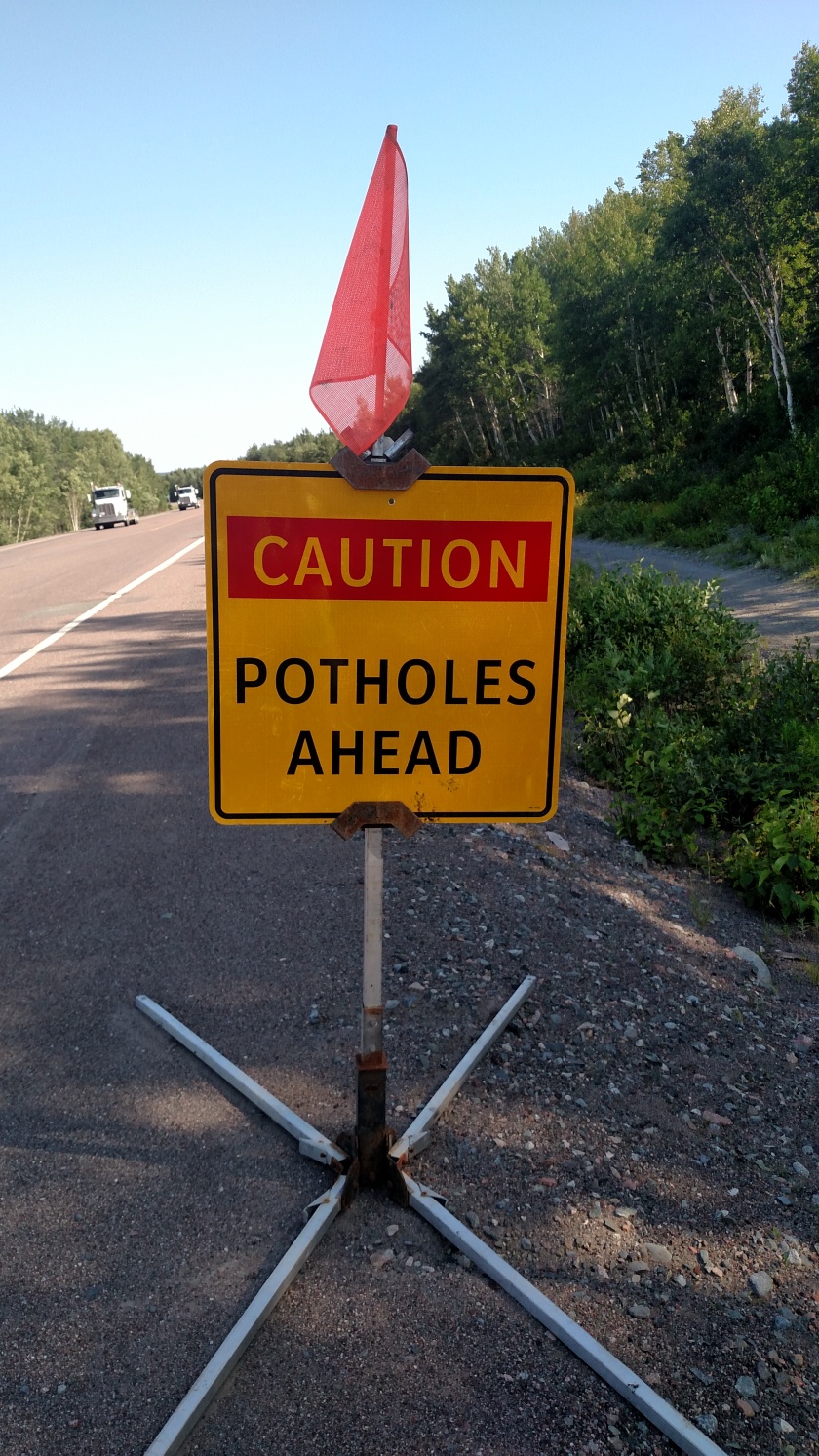 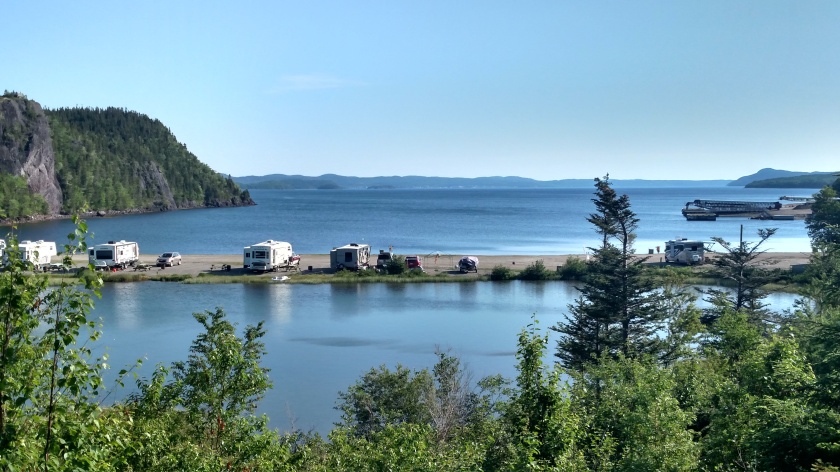 When I got to Route 340 I turned north and took one of my primary scenic routes (from my book – they are always highlighted on orange on my maps) up to Twillingate.

This was a Railroad Park in Lewisporte:

This was further north up the road:

This is the Interpretive Centre near Boyd’s Cove.  As I drove out the very bumpy road to get to it I couldn’t understand why it wasn’t IN the town of Boyd’s Cove until I got there and found that it is mainly about the indigenous Beothuk people and is out in the boonies next to a reconstructed village (which I didn’t pay to go in to see). 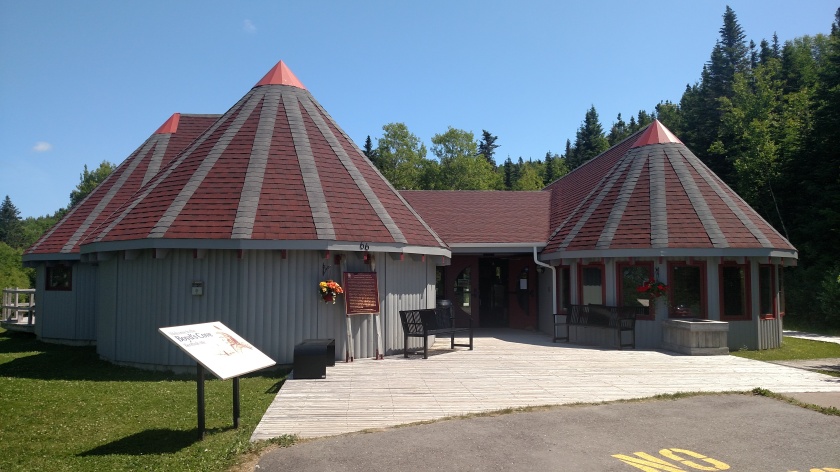 Back out on Route 340 here are more things I saw as I drove north towards Twillingate, at the end of the highway. 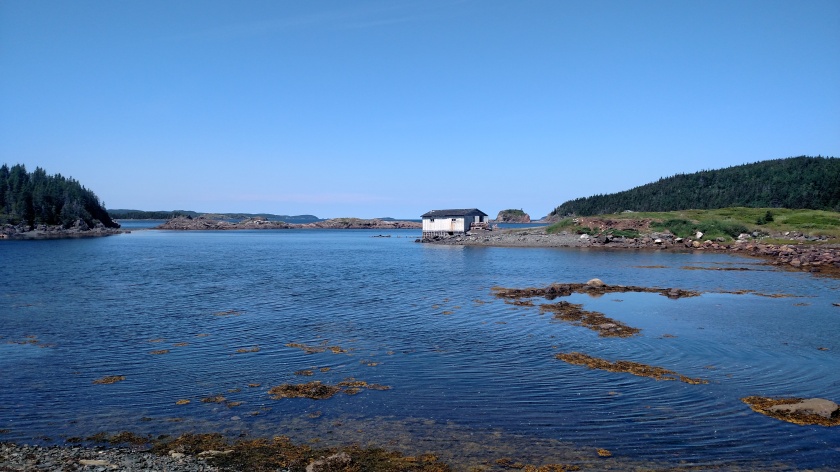 The shot below was taken just before I got to town.  You are now looking out northeast towards the Atlantic Ocean beyond the two rock peninsulas. 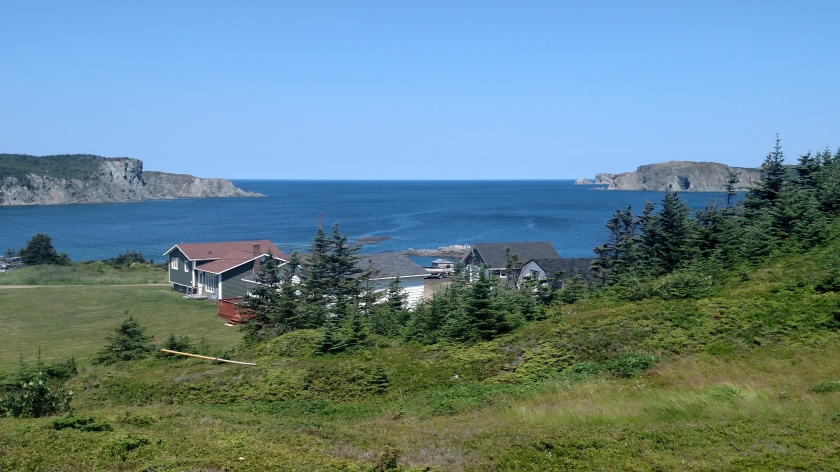