Thursday afternoon I drove out to Cape Spear, southeast of St. John’s.  It was a beautiful drive out and along the way I saw this gorgeous tree next to the road. I have no idea what it is.

UPDATE – I had no idea…  Now I do!! A good friend from back in Durham informed me that it is a False Acacia, which he learned from the lyrics of a beautiful song by an Argentinian folk singer.  My friend, who’s from Italy, is studying music and composes music. 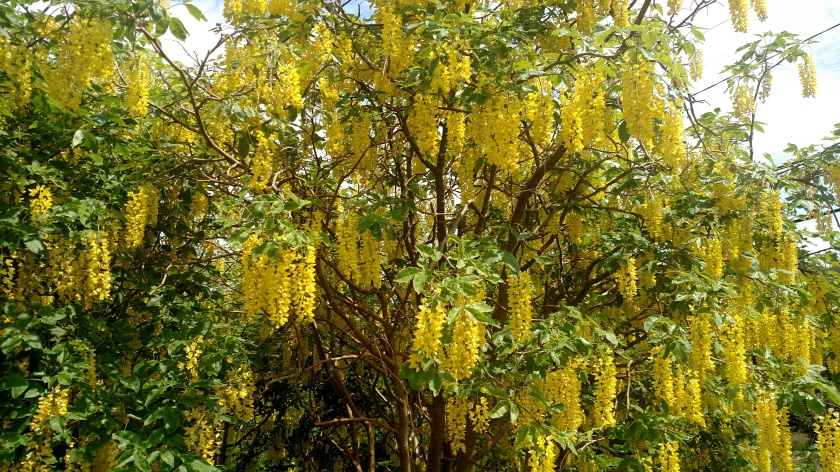 Once I made it out to the Cape (the easternmost point in North America) I enjoyed another twofer – there were two lighthouses, the current one which as you will see is still operational, and the original one, shorter but higher up on the hill, which has been recently restored.

It took me a lot of tries to get the timing right and catch the green light.  Ah, the beauty of digital cameras where you can just click, click, click and then eliminate the bad shots.  That is one reason I take so many pictures in a day – many are duplicates to try and ensure I get a good one out of the bunch. 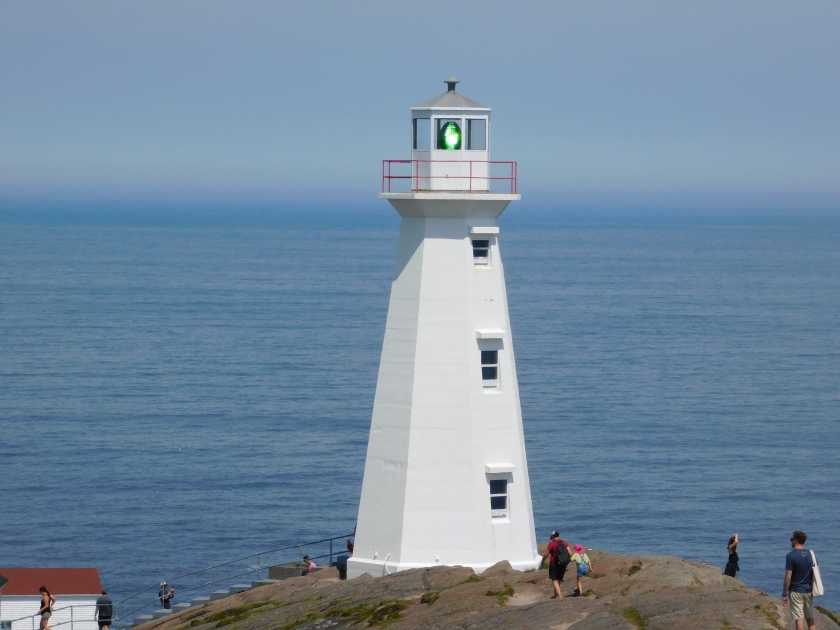 While I was out there taking photos the big yellow Air & Sea Rescue helicopter I had seen up in Gander flew down the coast from the north and made a wide circle around the tall lighthouse (photobombing everyone taking selfies). It flew back north and made another orbit over the open water before flying away. 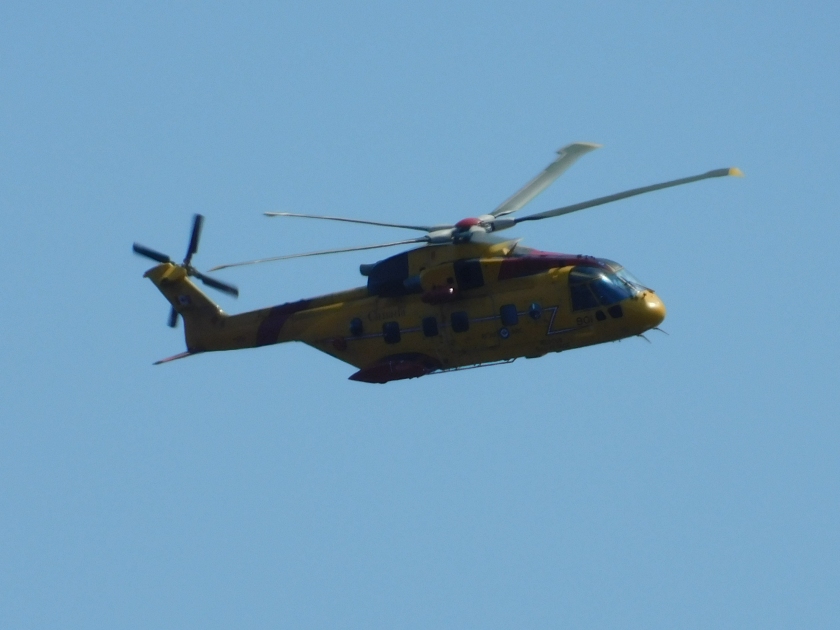 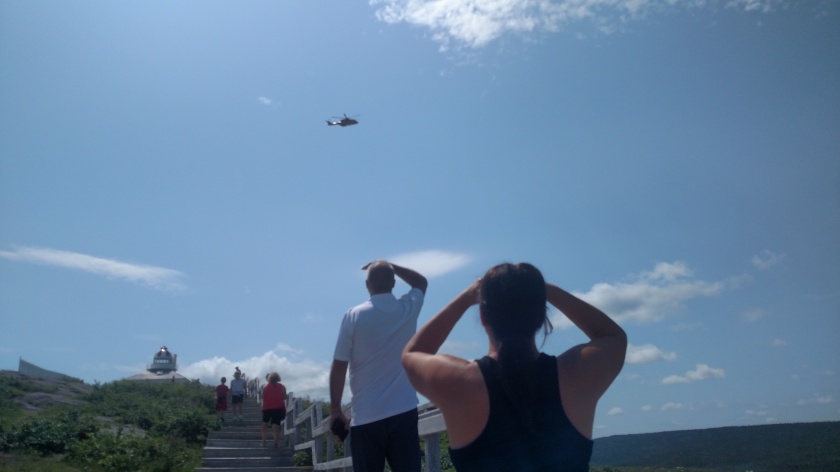 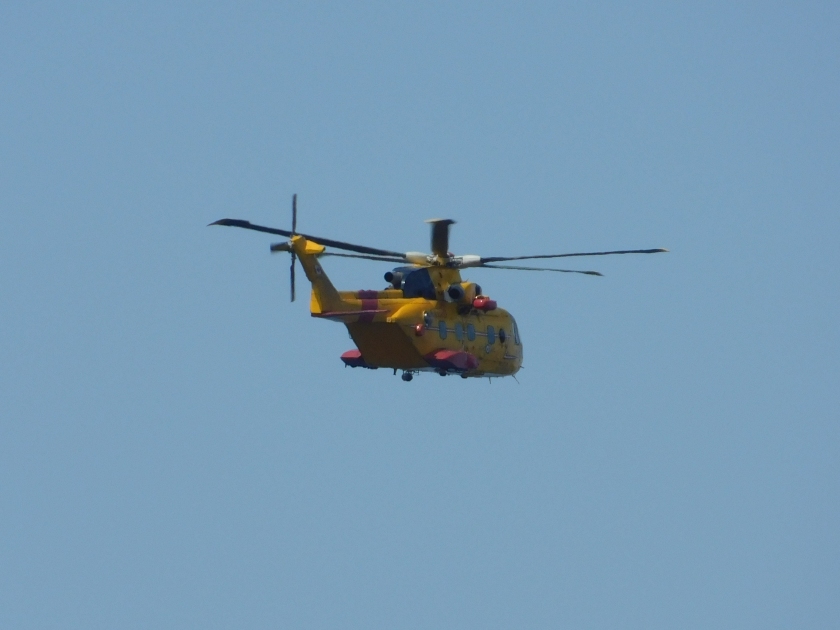 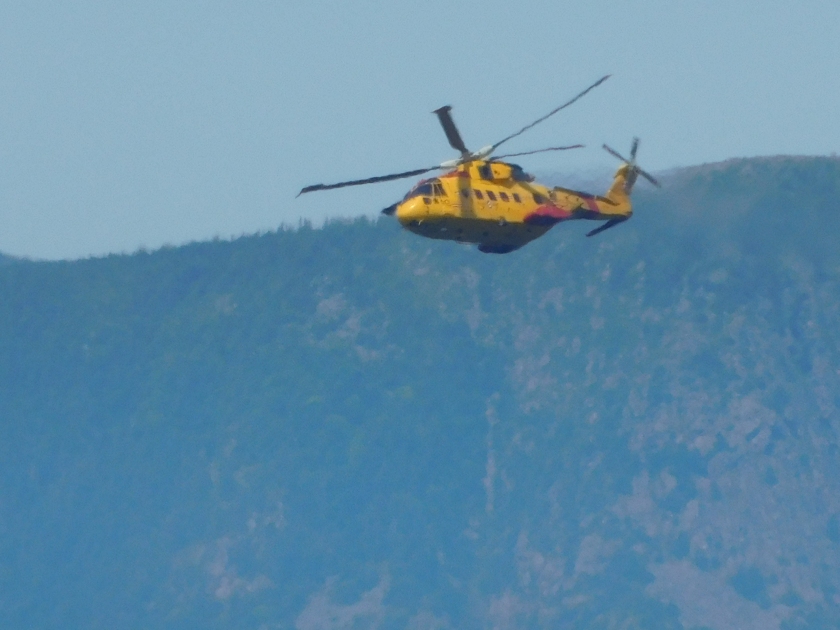 One thought on “Cape Spear”