After visiting Salmonier Wildlife Park I continued south on Route 90, driving the “Irish Loop”.  Newfoundland has many scenic drives indicated on their provincial map and they all have names and pictures to keep you on course while traversing them. Canadians like pictures on signs, not just words and numbers.

It was a beautiful drive, most of it inland until I got down to the southern tip of the peninsula near the town of Trepassey.  Then I was near the water and for the first time this trip – coastal fog. I am actually quite surprised that as close as I have been to water for the past three weeks that I haven’t encountered more fog.

On the southeast end of the peninsula I stopped in at Mistaken Point Ecological Reserve, which includes the lighthouse out on Cape Race.  It was here (just a lighthouse and communications shack at that time) that a radio operator received the CQD call from the Titanic.

This is the lighthouse at Cape Race:

Let’s try that again – THIS is the lighthouse at Cape Race: 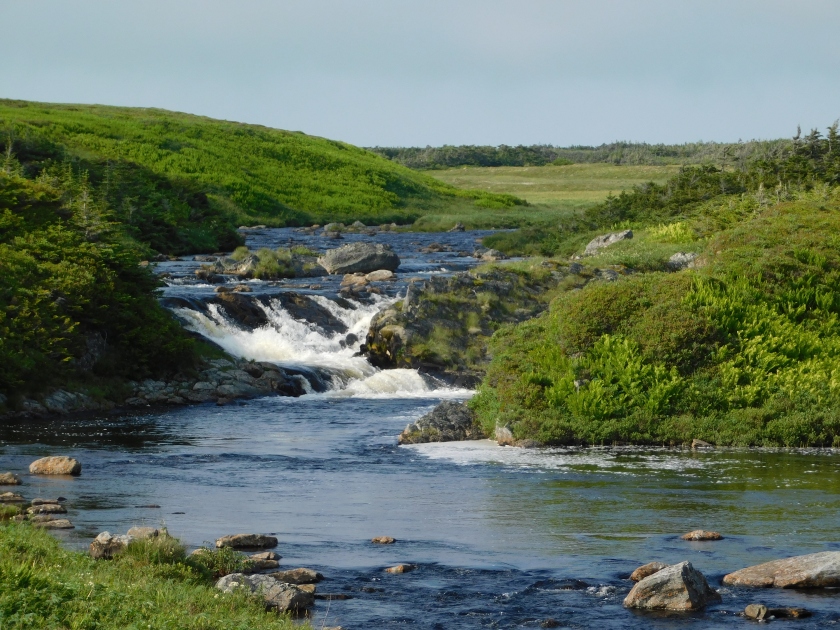 As you can see, it was a nice day but for the fog by this part of the Atlantic Ocean.

I continued north on what had now become Route 10 and saw signs for the S.S. Florizel disaster. Not knowing anything about it, I stopped to take a photo of the view from the memorial site and read a brief recap of the event. 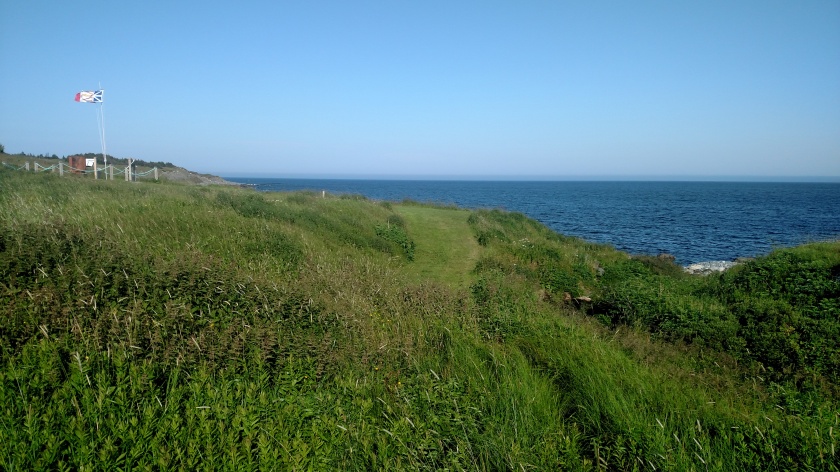 On February 23, 1918 the S.S. Florizel set sail from St. John’s, Newfoundland (my destination for the night, north of where this happened) headed for Halifax, Nova Scotia and ultimately New York City.  It was the flagship of the Red Cross Line, one of the first ships specifically designed and built to operate in icy seas.  On board were 138 passengers and crew.

The journey began at night and the Captain gave orders to get out to the open sea and sail south at full speed. It was very stormy and they couldn’t see any of the lighthouses to let them know where they were. This was obviously before radar and GPS.

After considerable time had passed the Captain ordered that the ship be turned west, assuming they had cleared Cape Race. After the accident the Captain was charged with neglect, but was later cleared when it became known that the Chief Engineer, who controlled the ship’s speed, had ignored the order to operate at full speed at the outset because he wanted to delay the arrival and force the stopover in Halifax to take place overnight so he could visit his family. Consequently they weren’t nearly as far south as the Captain assumed they were and they sailed directly into the rocky coast near the small town of Cappahayden.  The ship hit the rocks at approximately 450am local time on the 24th.

Once the townspeople were made aware of the accident, and at first light a short time after it had occurred, residents and rescue workers watched helplessly from the shore as the passengers and crew flung themselves into the frigid water.  94 people died.

A brief moment of silence, please…..

I continued north and when I got to Ferryland saw this great view (a restaurant just to my right as I took this photo was understandably called “Million Dollar View”):

I continued on north to my ultimate destination of St. John’s, where I would be spending the next three nights.