As the previous posts describes, I saw a large island close to shore as I approached the town of Percé which I thought was the popular tourist attraction people there which had been telling me about.  I thought to myself “Ho hum, it’s just an island, people…”.

Well THIS is Percé Rock: 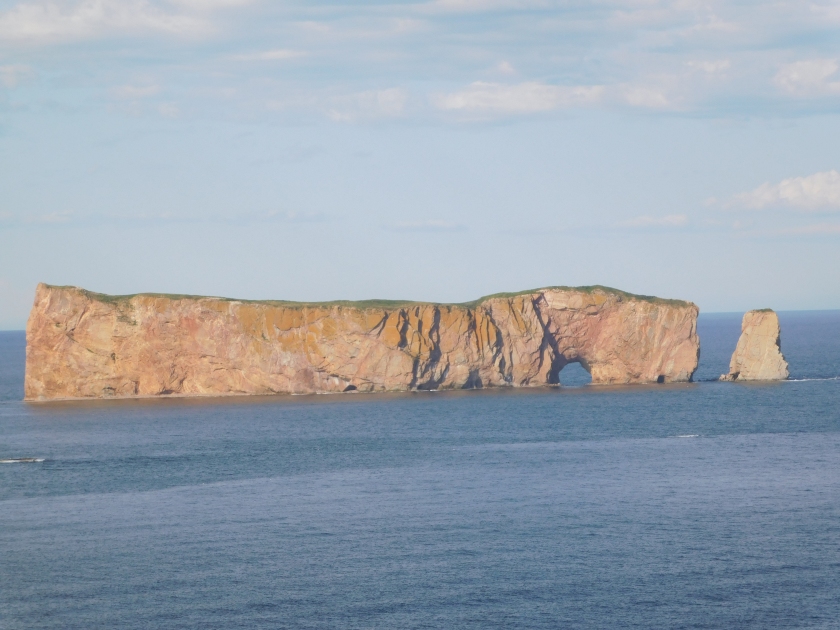 Percé in French means perforated or pierced, as in “there’s a hole in the rock because it’s been pierced”.

I backed off on the zoom so you can see how far out in the water it is: 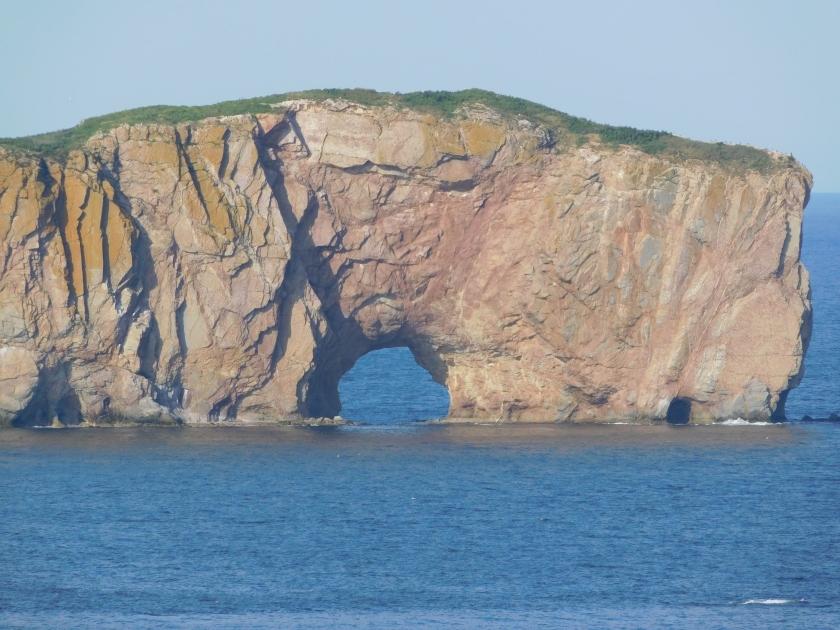 Jutting out from the shore is a peninsula with a large house and a smaller piece of land with another house, and I’m guessing maybe a cemetery up on the hill. 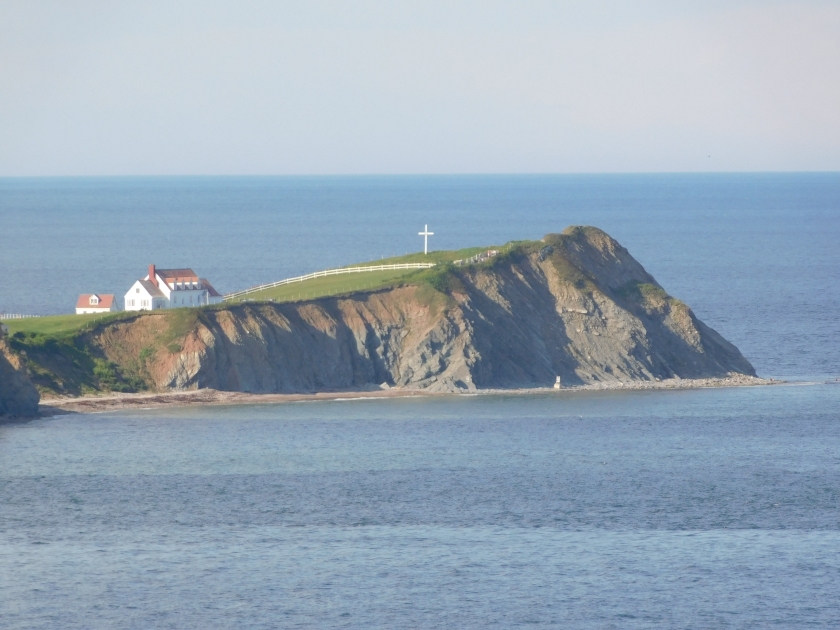 Tourist brochures include a photo taken from the left of this view looking out towards the rock with the houses in the foreground but I couldn’t get to the spot where it was taken.  You may be able to find it online.  It is a great shot!

After getting these pictures I drove through the town of Percé which is a large area of trendy restaurants and shops.  It was around 5 o’clock and given the number of people milling about I was sure I would have needed a reservation so I just drove on, planning to eat once I got to Gaspé.

You probably can’t tell from the map I posted previously but there is a large cove north of town and as I drove back out towards the Gulf of St. Lawrence on the other side of that cove I could see the back of the formation off in the distance:

And the further I drove the better I could see it in profile against the setting sun: 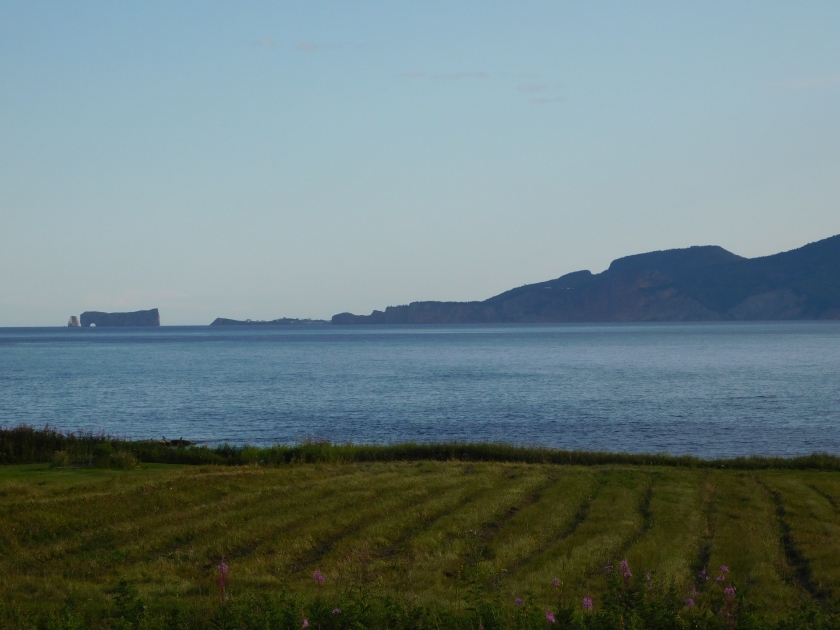 After trying to get some bird pictures which I’m not real happy with I turned my attention back to things on land. 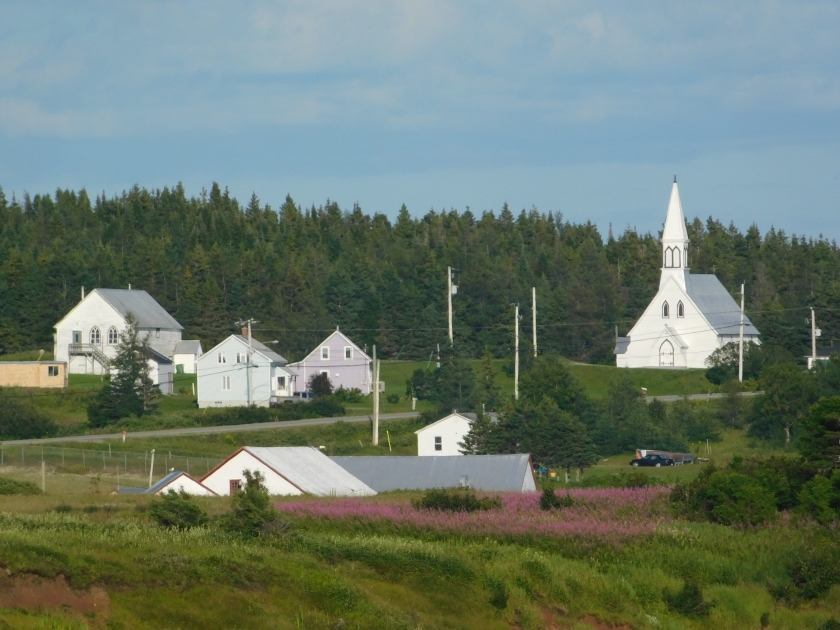 I continued on to Gaspé where I would be spending the next two nights.