Please forgive me as I go off topic once again to report something I personally find quite amusing.  I hope you will too.

Brooks Koepka, a 29 year old golf sensation who has played full time on the US PGA Tour for the past several years, was called out by a fan on Twitter during this weekend’s event which is one of the elimination rounds leading to this year’s season finale where the winner will walk away with a cool $15 million dollars.  Weather had interrupted the event and Mr. Koepka was in the clubhouse, apparently looking at some of his followers comments on his Twitter feed.

He had this snappy comeback during that rain delay:

(Photo credit: Twitter as posted by @wiley77, the author of an online golf blog)

I should point out that Mr. Koepka, at 29, has won over $30 million on the US tour alone, and won 4 of their “Majors” (a handful of marquee events throughout the year) in just the past three years.  He had played on foreign tours for years before committing to the PGA Tour, where he undoubtedly had won much more.  When he’s good he’s very good.

Earlier this week I read where Bryson DeChambeau, another new golf sensation on the PGA tour, also had a direct comeback to his fans in general who criticized him for slow play (a chronic problem in recreational, amateur and professional golf where a player takes too much time thinking about and executing a shot) in last week’s event.  He had made a few remarks at the time they were brought to his attention and evidently before embarking on this week’s event on Thursday, and having had more time to stew over it,  effectively addressed his critics by saying “Screw y’all, screw all y’all” which is another Southernism in US lingo.

And I didn’t want to distract from the story but for those of you who may not know, a Brinks Truck is the common term for an armored vehicle used to, generally safely, carry around large amounts of cash between banks and customers or the US Treasury.

UPDATE – Here are pictures of a Brinks truck I saw literally driving up to the National Mint (where they make loonies and toonies) in Ottawa, the capital of Canada, on Wednesday, August 21. 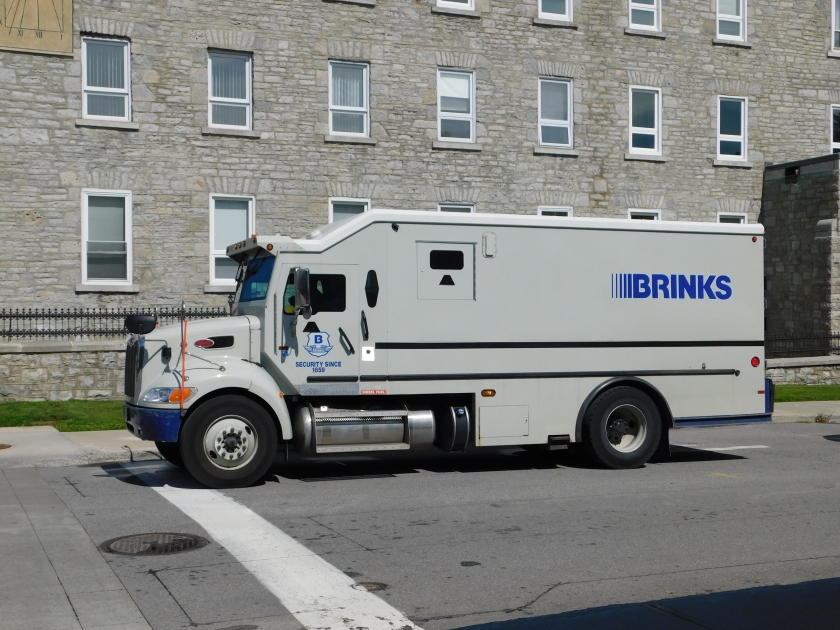