Canadians are such trendsetters!!

While I was in Ottawa for a few days I walked around downtown and one of the things I learned was that back in May of 2019, Canada announced that it would start producing currency (can’t call it paper money any more as it is made of a polymer compound which feels like plastic) with a vertical rather than the typical horizontal orientation.  Here are photos I took at a bank museum in Ottawa of the new 10 dollar bill (front and back) now being produced: 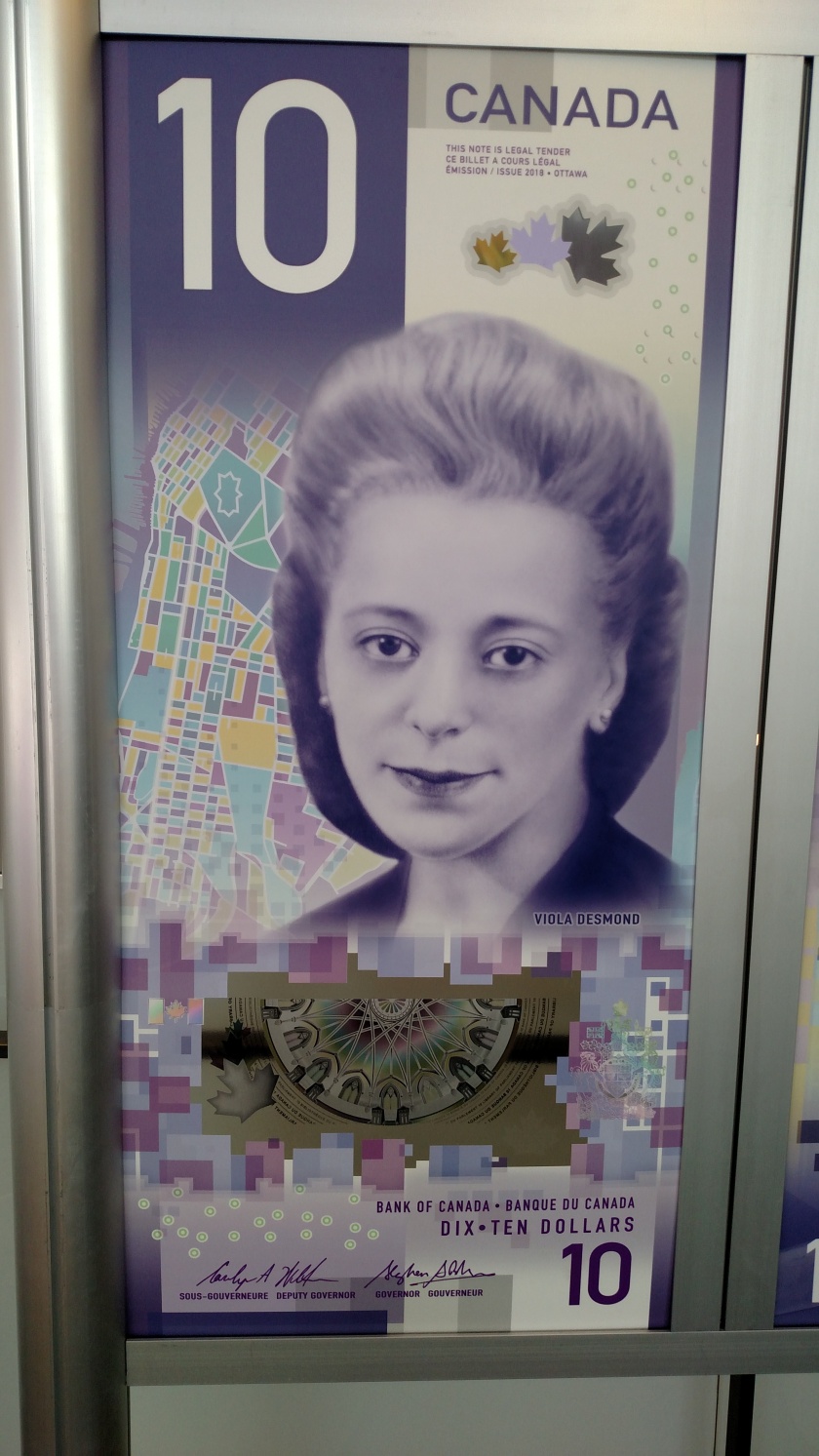 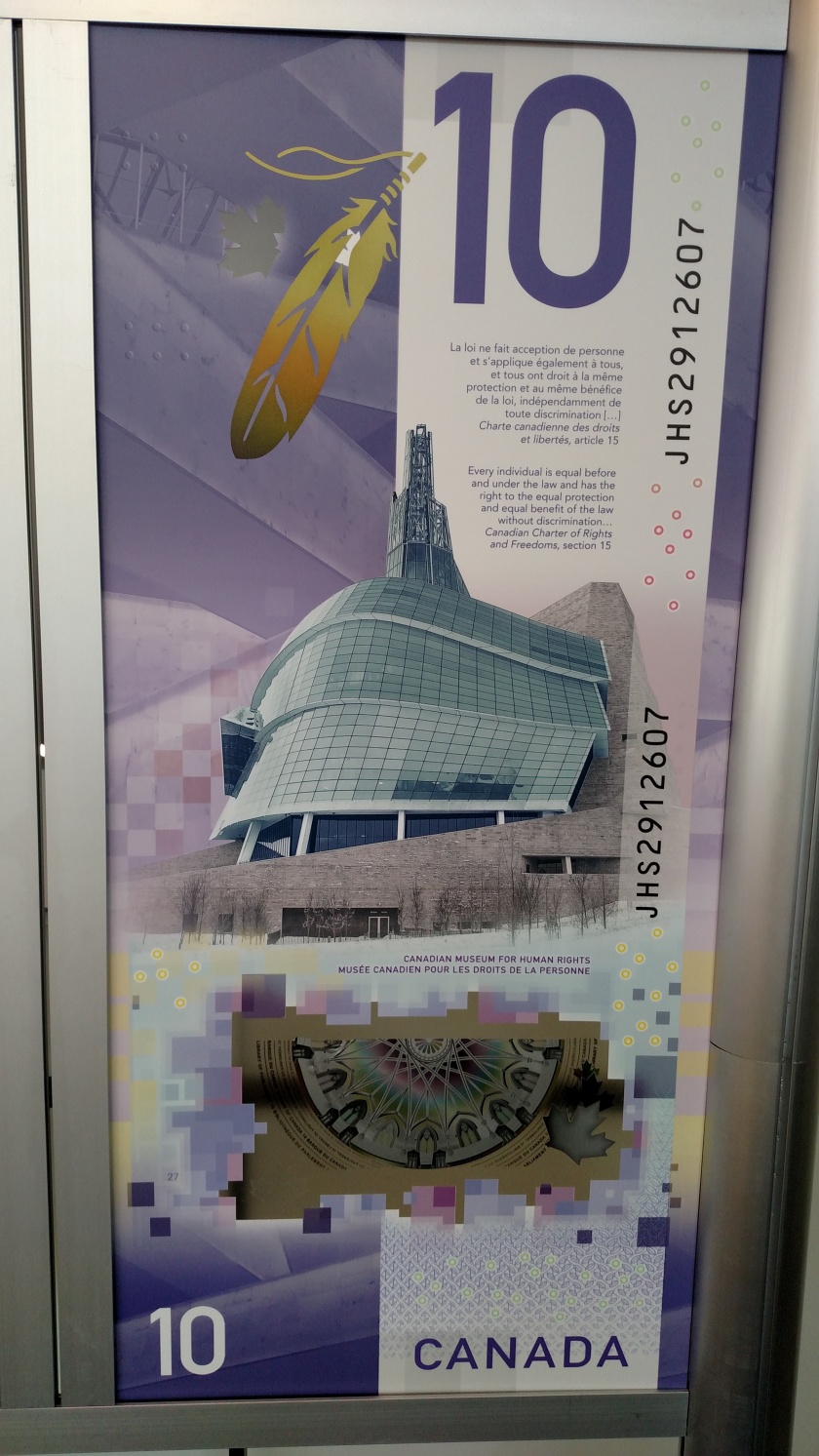 And Canada has never been shy about putting a woman on their currency.