Saturday was my first full day in Toronto.  I had been here for a few days maybe 30 years ago.  I remembered it as a very clean, modern city – very different than Québec, which is very old and French but has considerable charm.

I bought a pass which allows me to use three different public transportation options, bus, street car (modern trolleys, not like San Francisco’s classic street cars) and the subway.  My car hasn’t moved for two days and won’t move again today, my final full day in Canada this trip.  Public transportation, and lots of walking, is a perfect way for me to get around.

Saturday I went to Union Station, the main transportation hub downtown, to stop at the Visitor Center for maps and brochures.  On the way there I saw Robin, of Batman and Robin fame, ascending a set of stairs from the subway.  I thought – OK, just another day in Toronto….  He had lost lots of weight, not that he had much to lose, and had apparently undergone a sex change operation (Batman might be pleased with the result, actually).

Turns out Saturday and Sunday were the last two days of a HUGE, 4-day comics and fantasy exposition in town this weekend at the Convention Center and there ended up being an inordinate number of people dressed as their favorite characters milling about town.

While at Union Station I also saw this display: 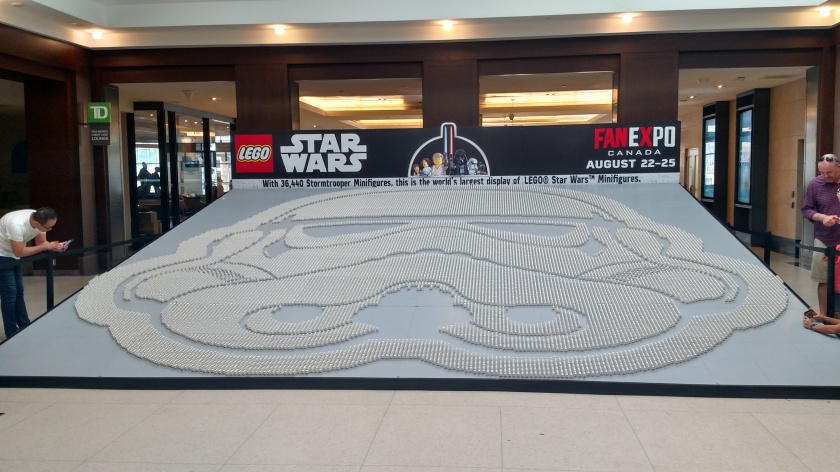 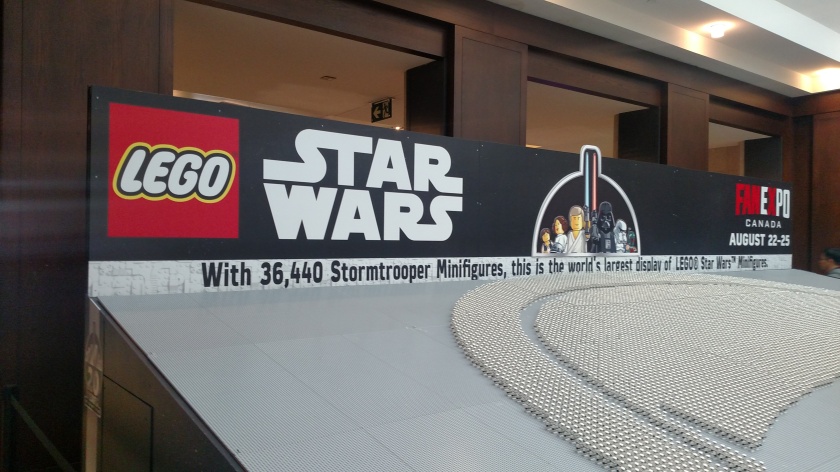 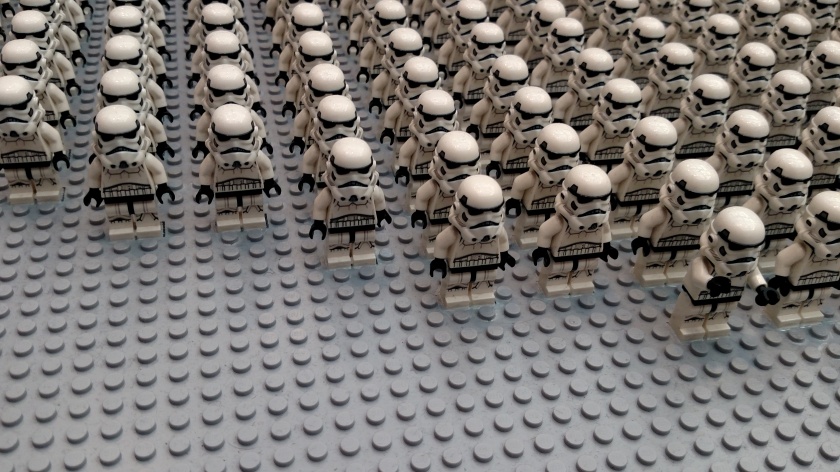 One thought on “Cue the Stormtrooper music”