These were taken Sunday, June 24 as I drove one of two scenic roads north of Sonora, CA where I was staying last week.  I opted not to go to Yosemite National Park until Monday and, instead, drove northeast about 80 miles on Route 4 (one of my primary scenic roads) and then went further north and traveled southwest on Route 88.  I already posted a few pictures from Route 88 from when I drove northeast on it later in the week.

This is near the Kirkwood Resort, just north of Caples Lake: 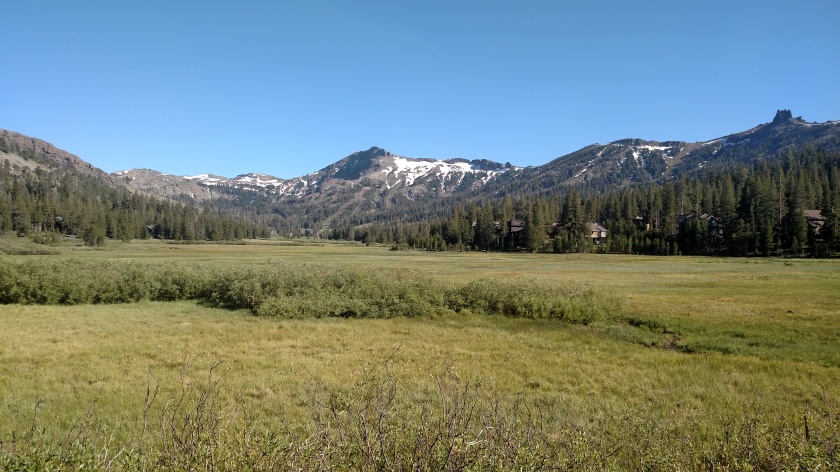 This is Caples Lake (actually a reservoir), near Kirkwood, California: 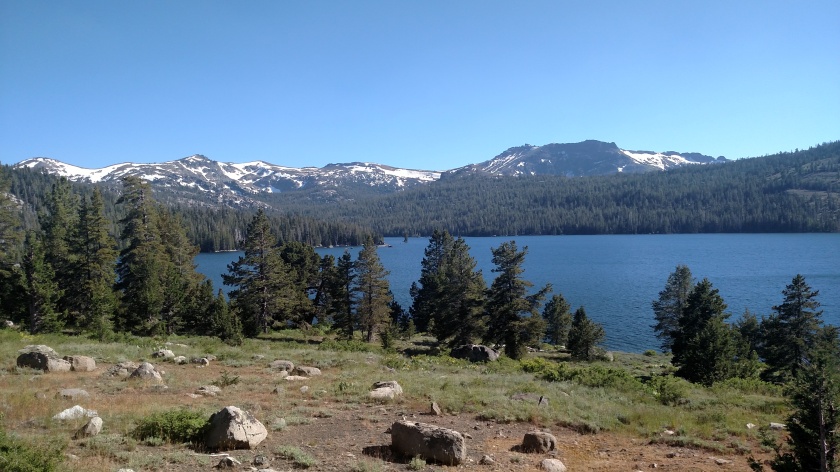 This is the same lake but from a different angle, once the road curved around it.  This is the guy in the boat I posted two pictures of on Monday last week using my phone when I couldn’t get my computer to connect to my Airbnb host’s wifi network.  This lake contains a variety of trout and some young people were fishing along the shore just to my right as I was taking this photo and had caught some.  I don’t know if the guy in the boat was having any luck, as he was on the move… 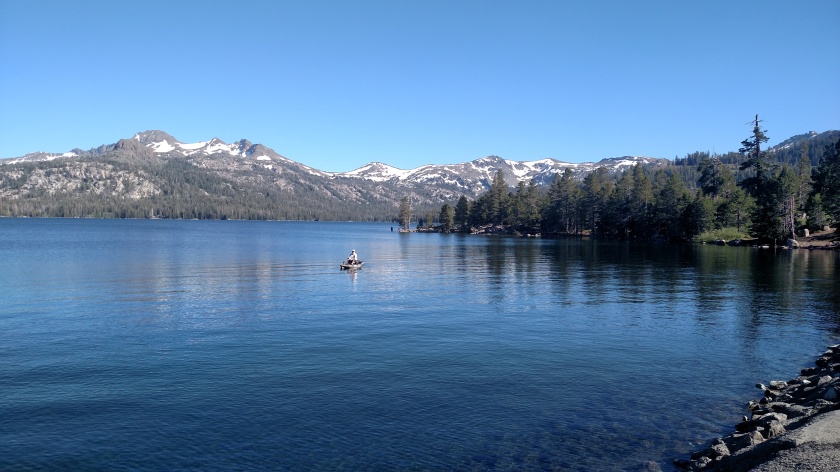 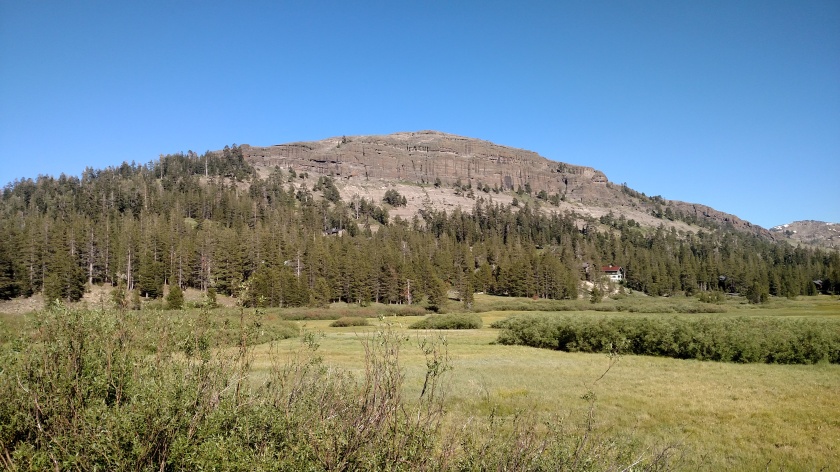 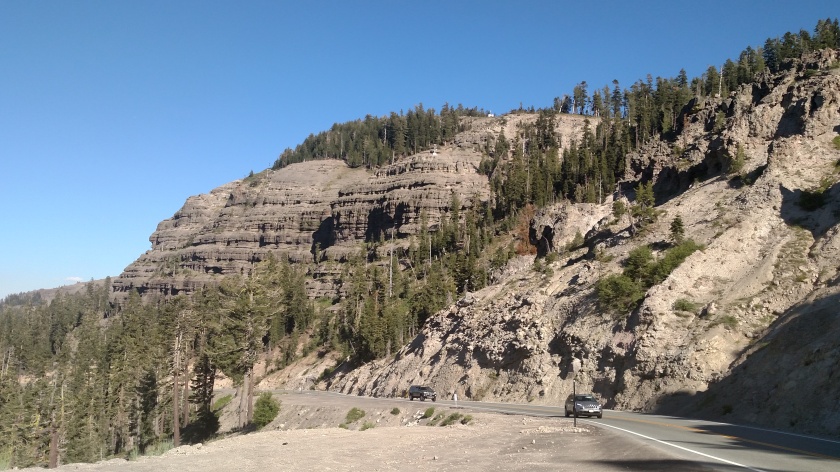 This was looking north from the highway as the road climbed to a high elevation near a ski area close to the town of Kit Carson: 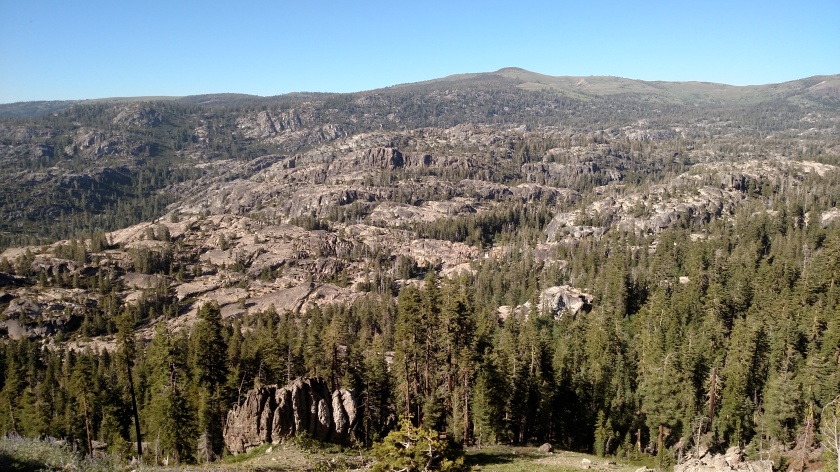 This is Silver Lake, which I posted some pictures of a few days ago.  This was the first time I had driven past it and this was in the late afternoon so the sun was illuminating the western face of Deadwood Peak. 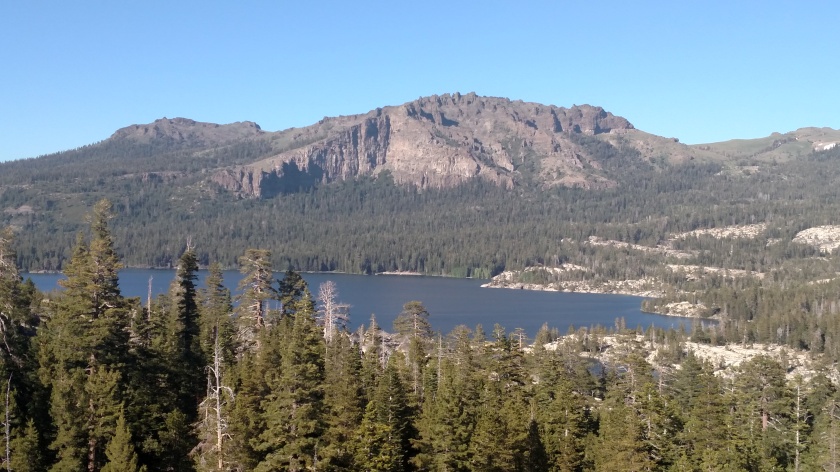 These are photos of New Melones Lake as I was getting close to home (now on Route 49) near Sonora Sunday evening: 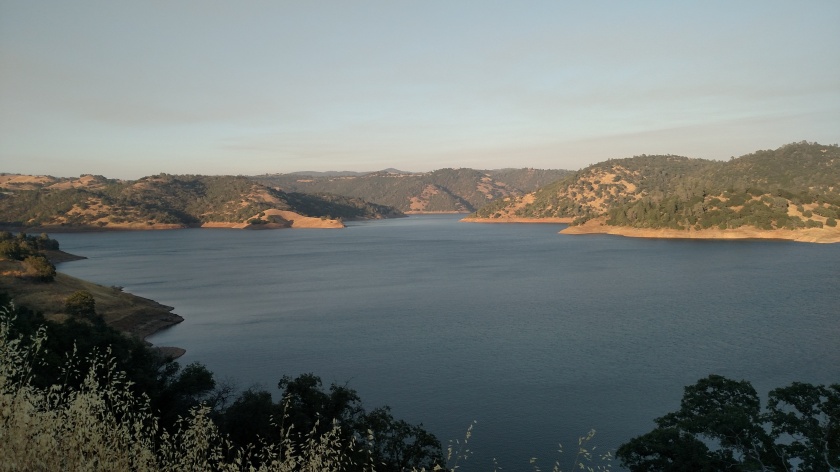 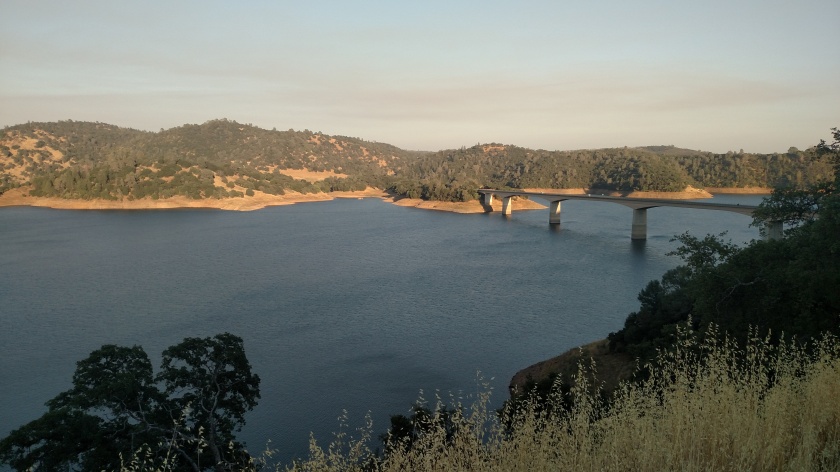