My basic plan for this leg of my journey is to spend as much time as possible along the coast. First I had to get there….

I am staying in Ukiah which, as the crow flies, is about 40 miles inland. It didn’t appear very far on the map but as I learned Tuesday afternoon the road goes over several mountains which means it is winding, narrow and slow. Rather than retrace my steps from the night before I decided to take “The 101” (which runs right next to Ukiah) south to Cloverdale, then take scenic route 128 northwest through the valley and get to the coast near the little town of Elk (population 208). It was a beautiful, sunny day and scenic roads are what I love.

“The 101” and Route 128 were indeed very pleasant to drive. Now that I was in the valley there were numerous vineyards and wineries. Traffic was light and the roads were in great condition.

Shortly after I took the “Thank You sign” photo I posted in real-time yesterday I saw this barn sitting near the road, empty and apparently unused: 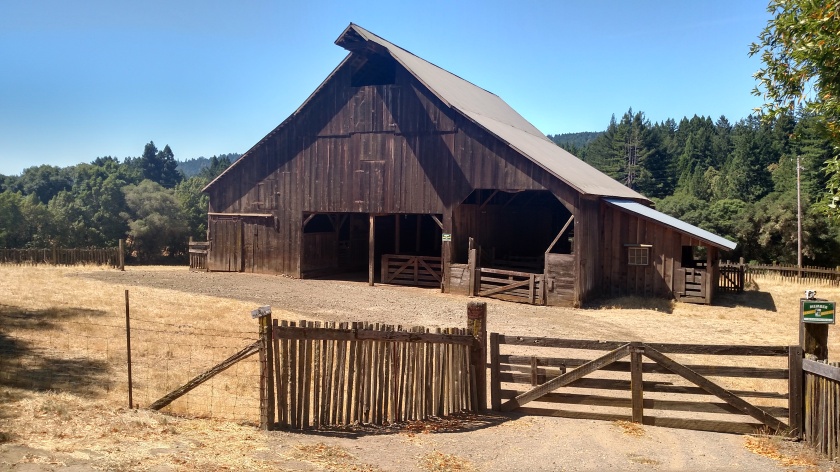 After passing through Navarro I drove through several groves of redwood trees. Although it was 11 o’clock in the morning on a bright and sunny day I thought it was a good idea to turn my headlights on as the tree canopy created very dark shade. I didn’t stop to take any photos of the trees as I will be visiting Redwoods National Park very soon and there will be plenty of opportunity there.

When I finally reached Route 1 this is what I saw:

Route 128 ends at the bridge and the bridge itself, and the road beyond it, is Route 1. The marine layer of fog was still lurking and, as I would find out, would be persistent all day. This was taken from on the bridge, looking west towards the ocean. 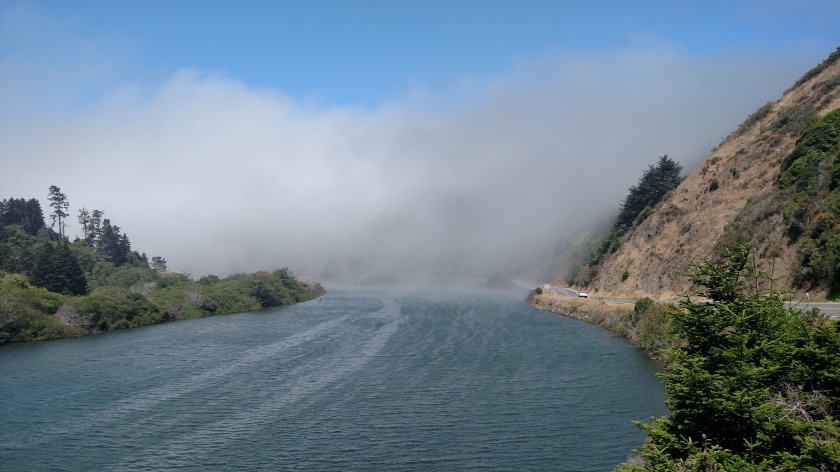 I drove south on Route 1 past Elk and soon came to a Vista Point (scenic overlook). I thought to myself – “This ought to be good”

While I had been parked there some other cars arrived and I was talking to other people visiting the area. A couple that had stayed near the Point Arena lighthouse said it was totally clear when they got up Wednesday morning but within a short time the fog rolled in. Then it rolled back out. Kind of a “weather hokey-pokey”.

Well sure enough, a few minutes after I took the two photos above I was socked in again. Such is life along the California coast….

Further down the road near Manchester I saw these interesting topiaries in someone’s yard: 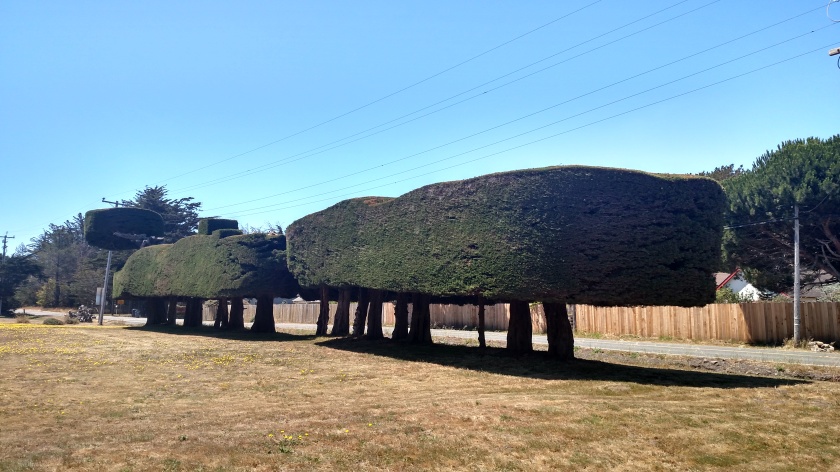