When I got to Route 1 on Wednesday morning I drove as far south at the Point Arena lighthouse, south of Manchester. I took this photo of the coastal fog along the two mile access road to the lighthouse off of Route 1. At this point I wasn’t terribly optimistic…

When I parked outside the gate I could see the top of the lighthouse, but by the time I got out of the car and walked to the closest point I had gotten to on Tuesday night this was all I could see: 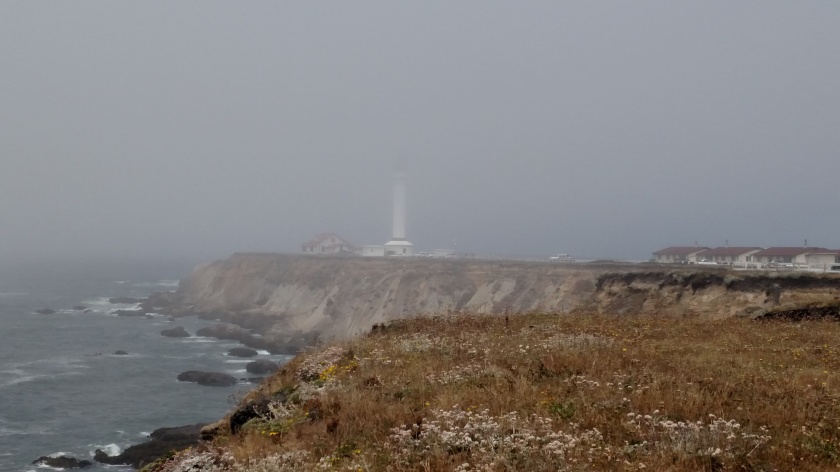 Today there were some seals napping on the rock below where I was standing. 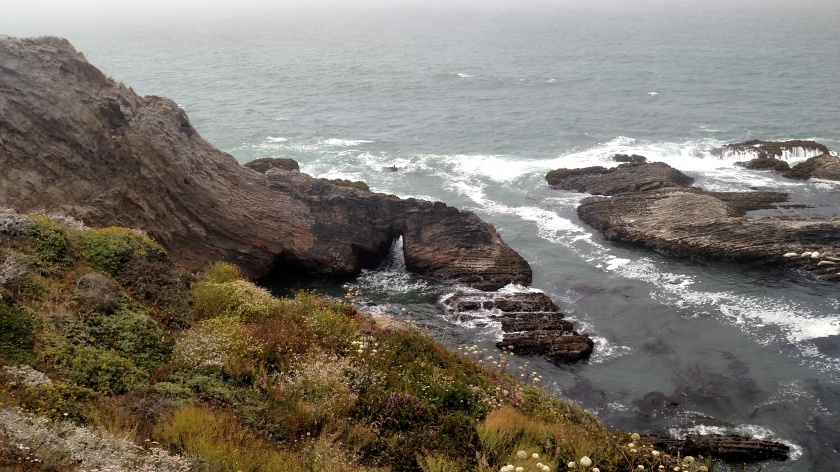 Today the lighthouse was open so I could get closer to it. This was as far back as I could get while facing the entry door at the bottom and I could barely get the whole thing in the picture.

The original lighthouse was destroyed in the Great Earthquake of 1906.  This replacement was completed two years later.

This was taken inside the gift shop. One step further and I would have had to pay $ 7.50 as I would then be in the museum but I just froze in place and got this shot, presumably of the lens used in the lighthouse (or one like it). 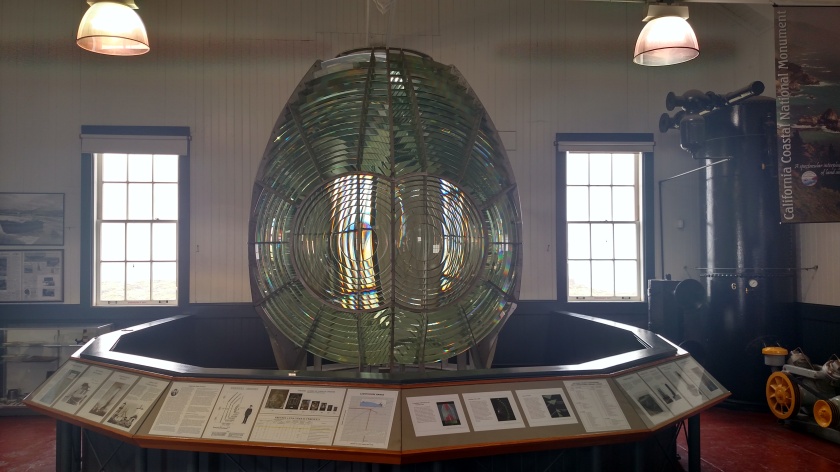 Back outside it was still windy, though not as bad as Tuesday. I think the very stiff wind on Tuesday was actually my friend as it evidently cleared the coastal fog away and it was crystal clear everywhere I was all day long.