This morning I decided to drive from Redding, CA up to Shasta Lake – a very short drive on a nice scenic road.  When I got there I could get three Shastas all in one photo: 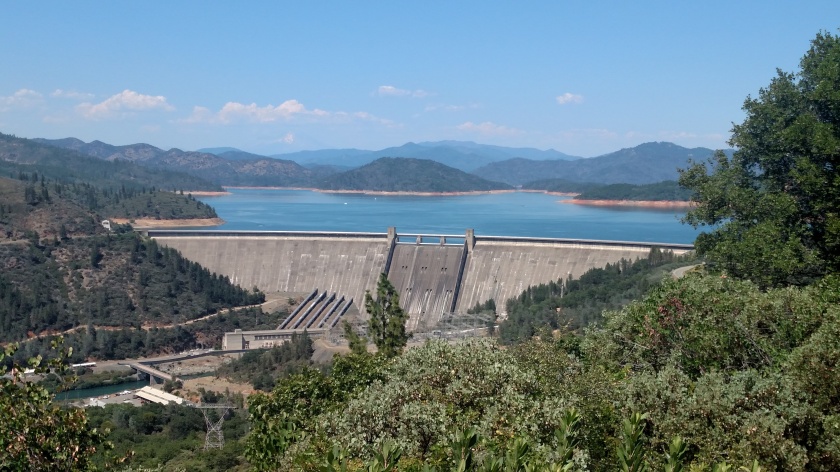 In the foreground in the Shasta Lake Dam.  Behind it, as you have probably guessed, is Shasta Lake (or Lake Shasta, as some prefer).  And way off in the background (above and slightly left of the 5 pipes on the left side of the photo) is Mount Shasta.  I left my digital camera in my backpack back in town so I had to go get it and drive back up here in the afternoon to get these closeups of the mountain: 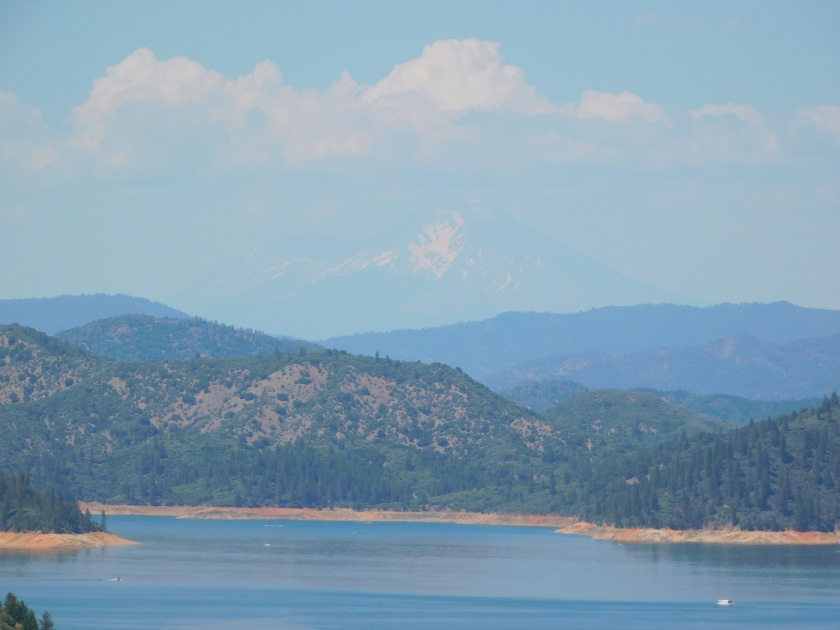 The white cloud kind of sticks up above it, emulating the peak. 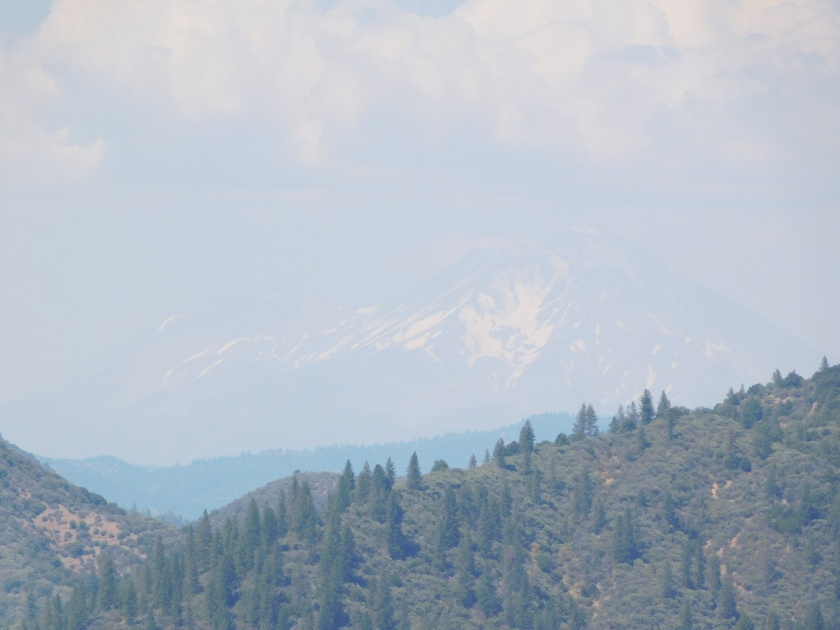 Here are some more photos of the lake, some taken this morning and some this afternoon. 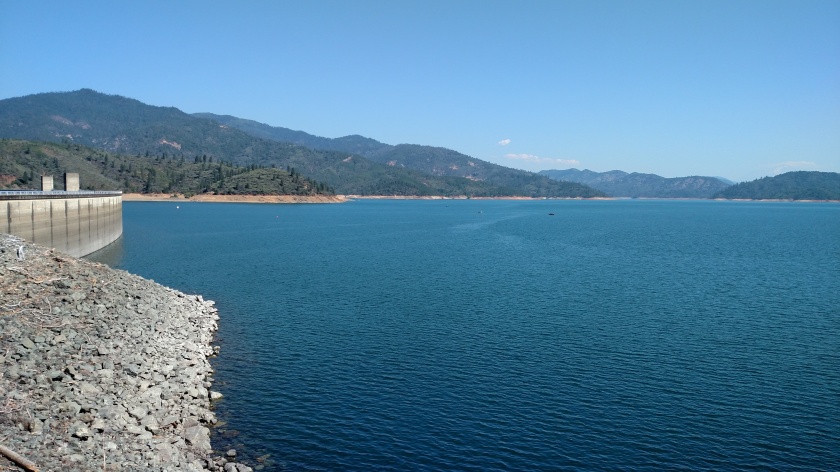 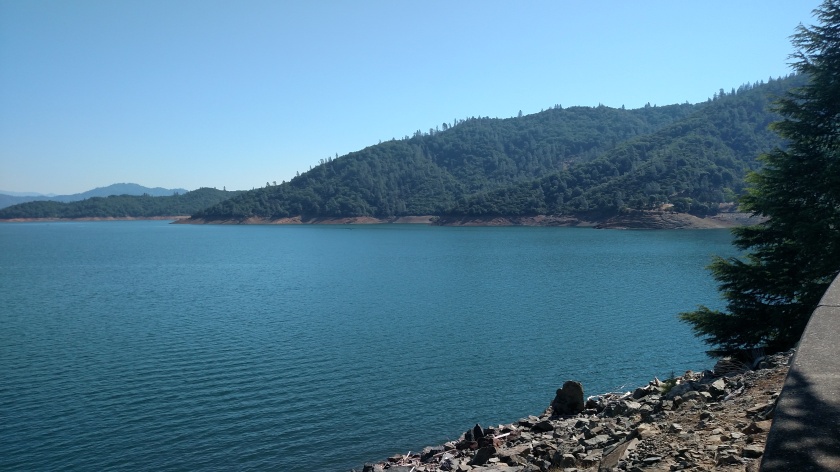 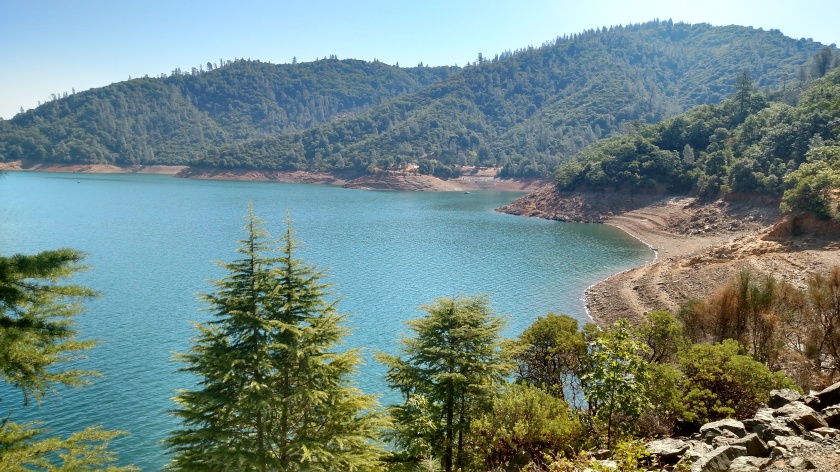 This little guy (stuffed) was in the Visitor Center.  It is a Ringtail Cat. 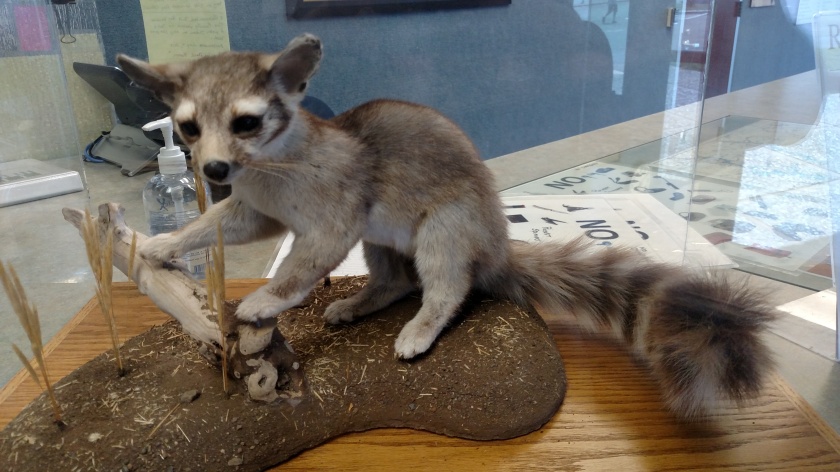 They also had this 3-D map showing the three lakes in the area I’ve been to see – Whiskeytown, in the lower left hand corner, which I stopped at briefly on my way in to town yesterday, Shasta, in the right half of the photo, and Trinity, in the upper left corner, which I will make another post about. 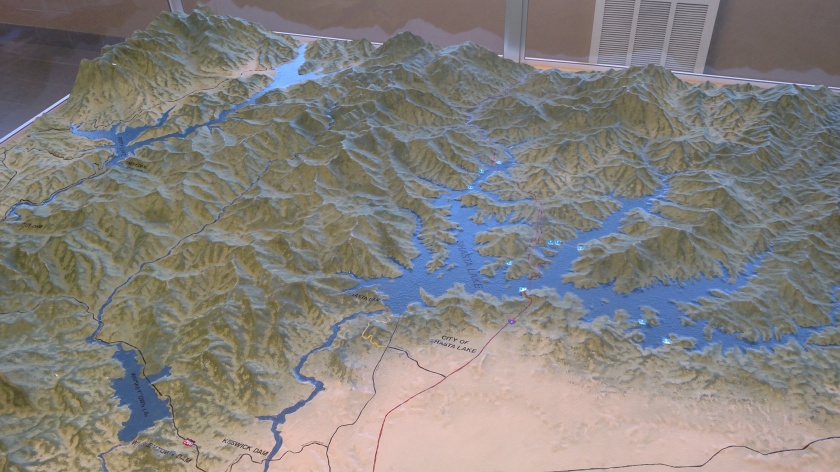 They also had some awesome Osprey pictures taken by a local photographer.  I am reaching out to her to get permission to post some of her amazing pictures (I’d rather post from her website than the pictures-of-pictures I took).

I took these photos of Shasta Lake this afternoon when I returned with my digital camera. 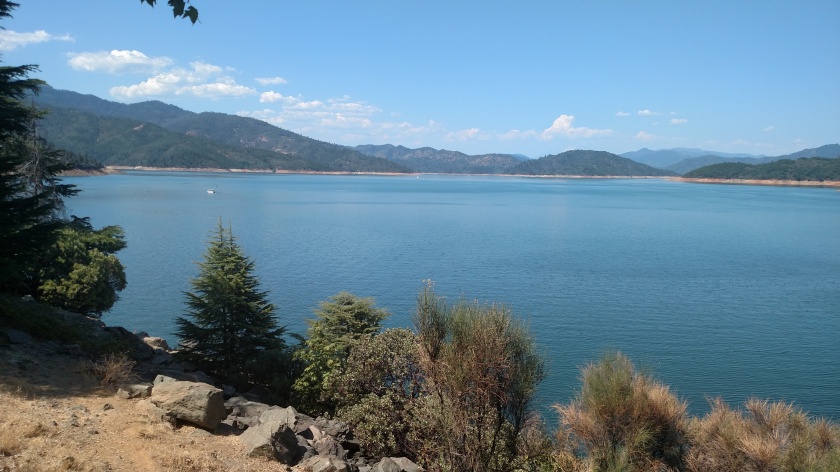 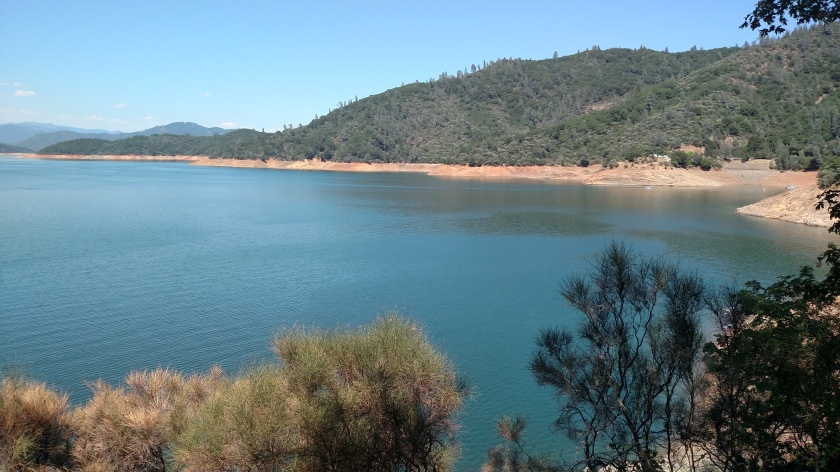 The Dam took four years build, employing 3,500 men working in shifts, 24-hours a day.  The first yard of concrete was laid on July 8, 1940.  A conveyor belt 9.6 miles in length was constructed between Redding (where I’m staying) and the lake which at the time was, and may still be, a world record.  It was used to transport 12 million tons of sand and gravel for construction of the Dam.