Monday I drove from where I had been staying in Arcata, north of Eureka, over to Redding, about 140 miles inland.  It was 63 degrees in the morning at the Arcata Marsh (which I haven’t posted about yet) and it was 106 when I got to Redding!  Sweet revenge, Durham – the shoe is finally on the other foot.  On the way over I stopped briefly at Whiskeytown Lake, a major part of the Whiskeytown National Recreation Area. 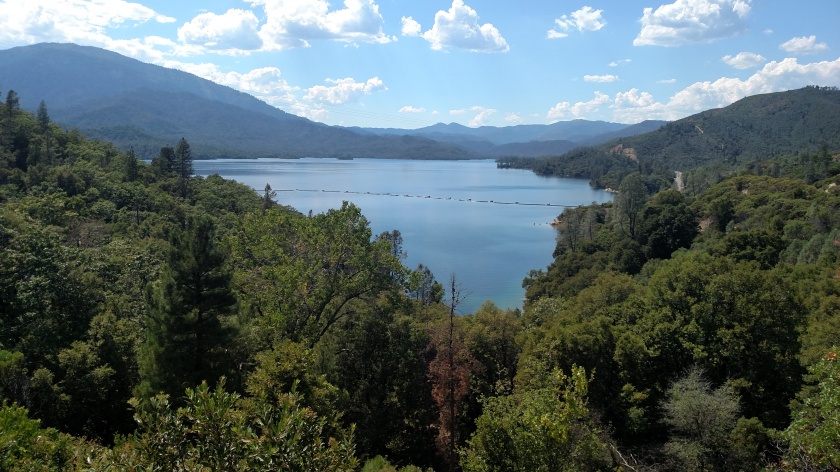 There is a town of Whiskeytown but I haven’t been to it yet.  I will be passing through Redding again in about a week and a half on my way back out to the coast.

When I got to town I stopped for something to eat and saw this vintage AMC Pacer (XL Wagon, thank you very much) parked outside.  It looks to be original and not a restored car and was in great condition.

I have seen a surprising number of older cars in relatively good shape for their age during my trip.  I wished I had my camera when I saw what I’m sure was a 1960’s era Mercury Comet in an El Camino format (I think Ford/L-M may have called theirs “Ranchero’s”)  back when I was staying in Sonora.  It was driving down the road when I was in the vicinity of the Marine Training Facility.

Tuesday it was forecast to reach 109 degrees (and the highest I saw this afternoon was actually 112) so I went out early to the Sundial Bridge, then sought out a city park to make my plan (in the shade) for the day.

There were already kids at the pool in the park. 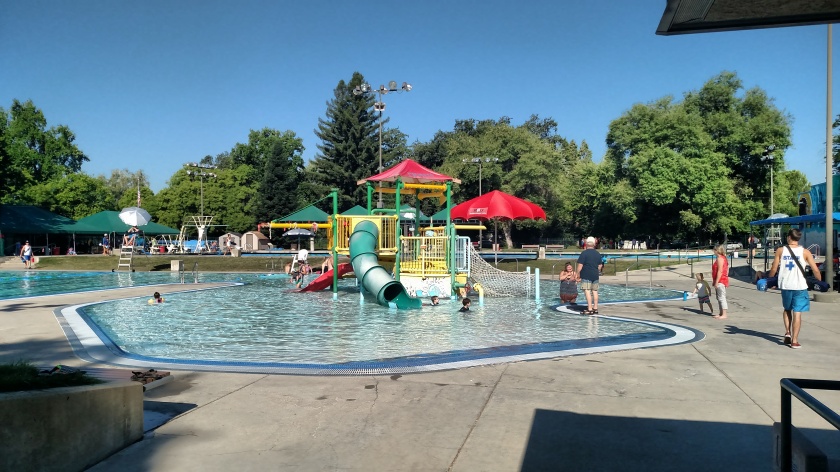 There was also a really neat bicycle path with various obstacles and ramps which two little kids were riding their bikes on.  I wanted to get pictures but I was already getting dirty looks like I was a pedophile so I opted to pass.

After studying my materials on the area I decided on two scenic drives, one to Shasta Lake and the other to Trinity Lake.  Because I forgot my digital camera when I left the house this morning I had to double back there in the afternoon.  Around 3pm I decided to get another haircut (I just had one a month ago but they left too much on top and it’s been driving me crazy).  Today they did a good job on the top but left too much on the sides….  I miss you, Susan!!

This was the scene at Trinity Lake around mid-day: 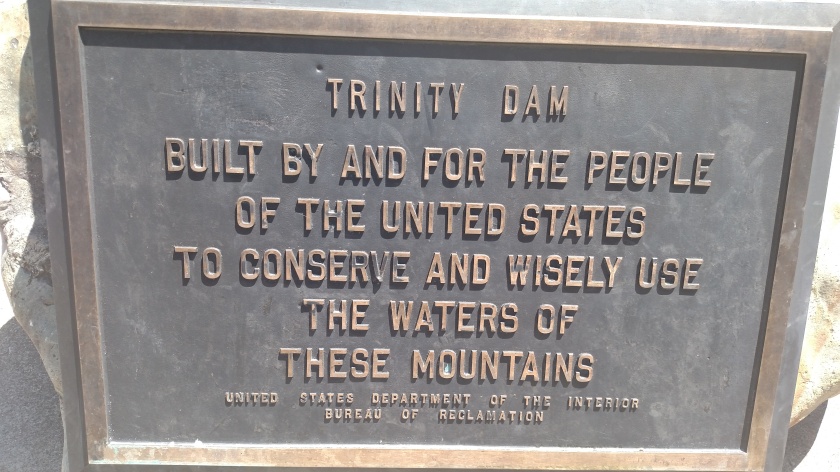 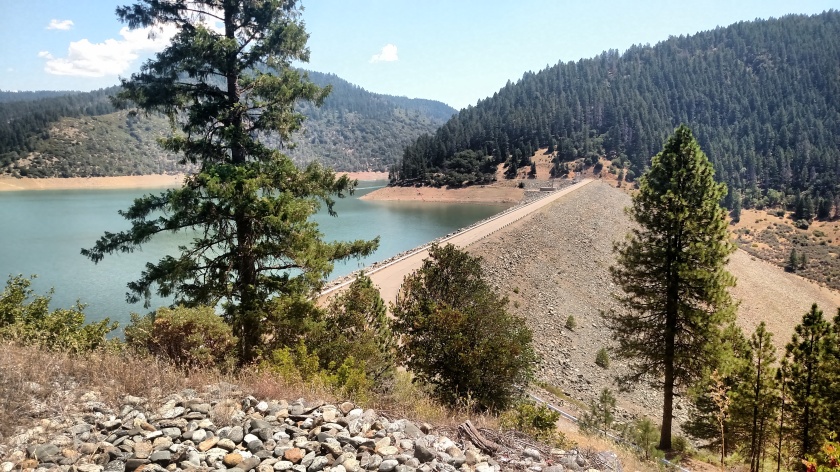 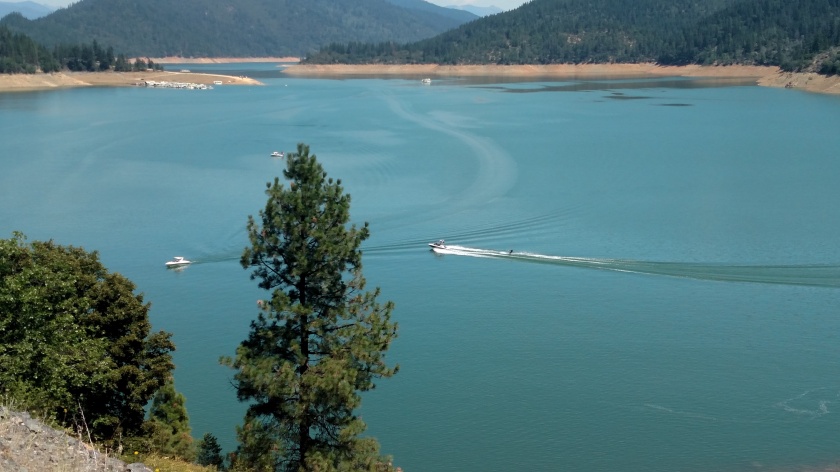 The banks at this lake (actually a reservoir for Sacramento) looked low to me but I stopped at a resort on the north side of the lake and the young lady I spoke with there, Shannon, said this year is actually pretty normal.  Last year was a higher than average year but this year they are strategically lowering the lake based on a surprising set of priorities (local Native American tribe rules, the need for power generation and, lastly, recreation).  They have already gotten most of what they’ll get from snowpack melt so they must carefully control the lake level.  They are way short on rain this year.  According to information at Shasta Lake this year-to-date there has been 40 inches of precipitation versus 99 inches for the whole year in 2017 (higher than normal).

This is what one part of Trinity Lake looked like as I was leaving the area.

I also saw a boat launch area which was completely dry with the boat ramp hanging in the air with concrete barriers in place so people don’t accidentally drive off.