Ferndale (population 1,371) is a little town about 20 miles south of Eureka, California which is best known for it’s large number of Victorian homes and buildings.  I drove down to Ferndale Sunday morning of the weekend I was staying in Arcata.  Here are some of the houses I saw:

What I loved about this first house is that the gutters off the main roof, instead of feeding the rainwater through a drainpipe, dropped it through a series of little cups which would overflow and send the water to the next cup down the line.  The narrow drainpipe in the next photo removes water from the small roof over the front porch. 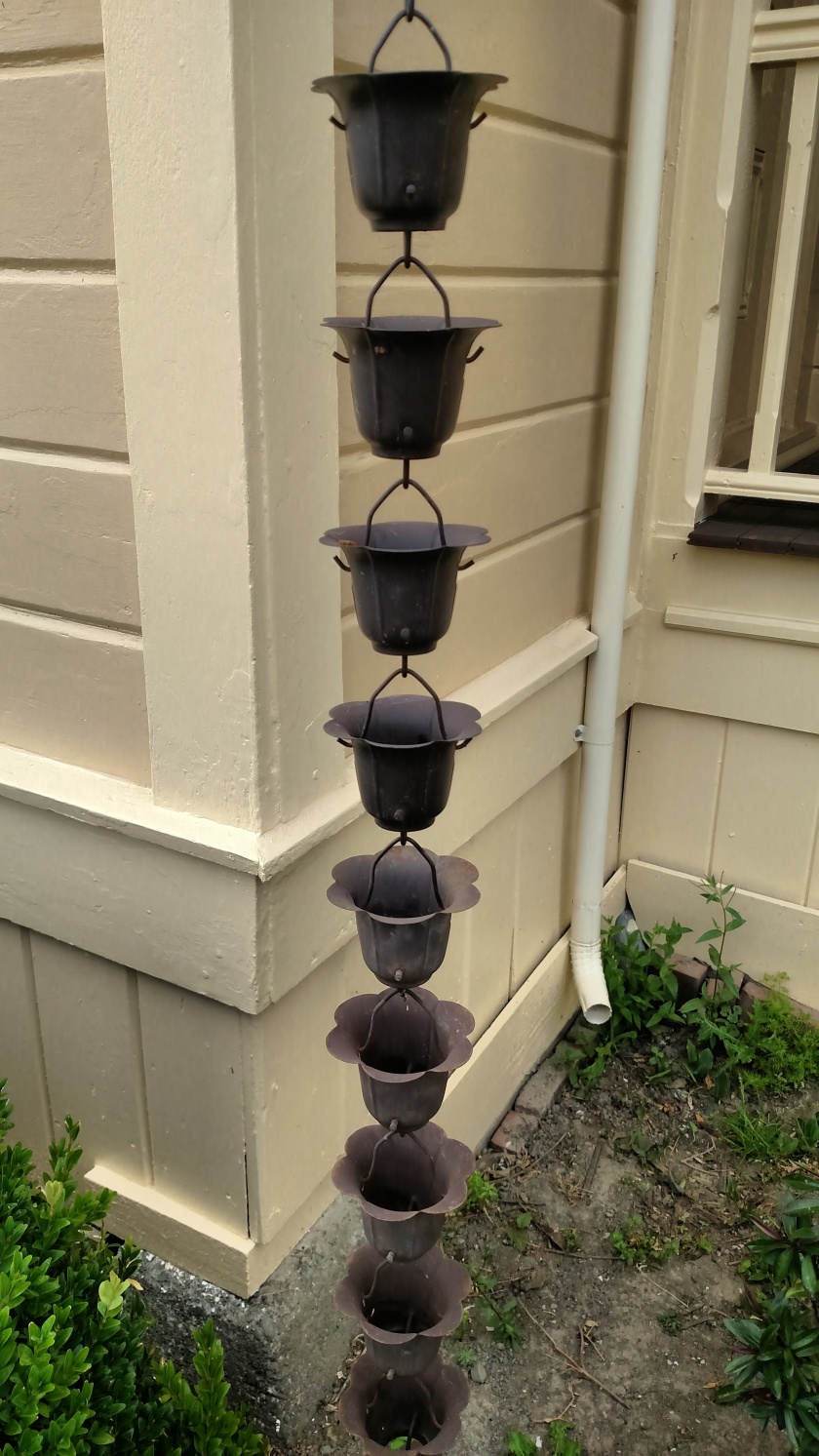 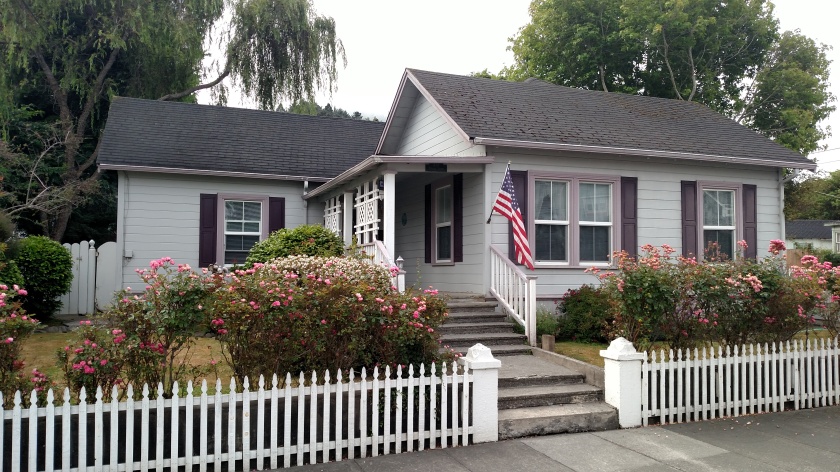 This next photo was taken shortly before 9am, while it was still overcast.  When I came back in to Ferndale from having driven out to The Lost Coast I revisited some of the houses to get better photos after the sun had come out.

Same thing with this next house, the “Gingerbread House,” which is right across the street from the white house shown above. 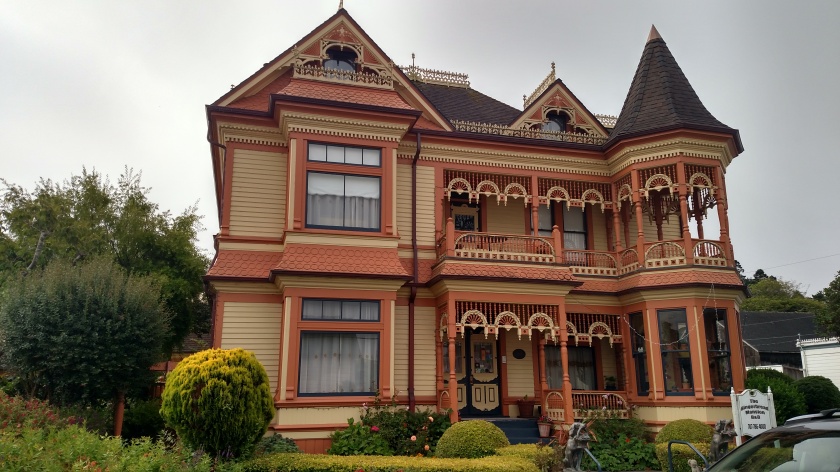 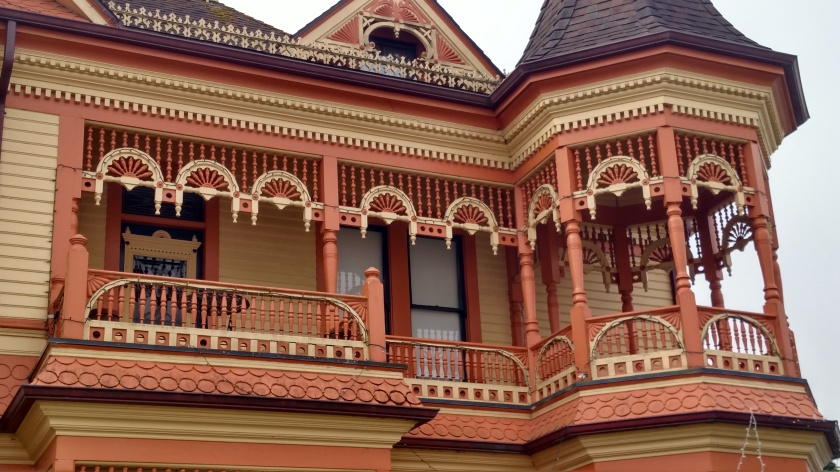 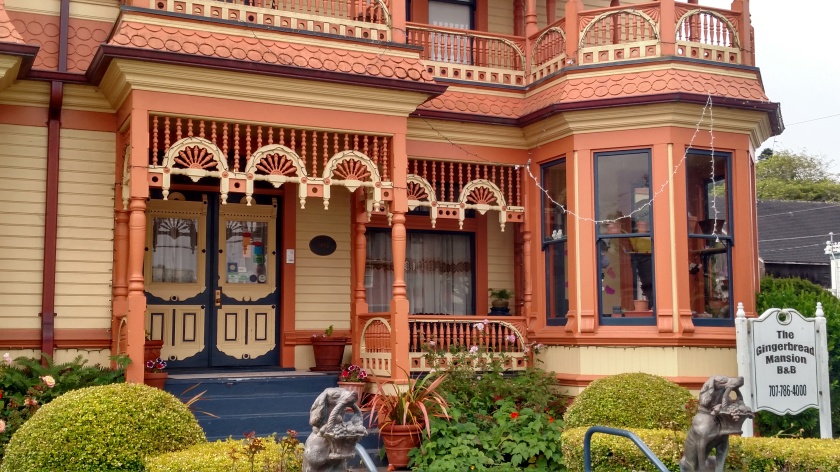 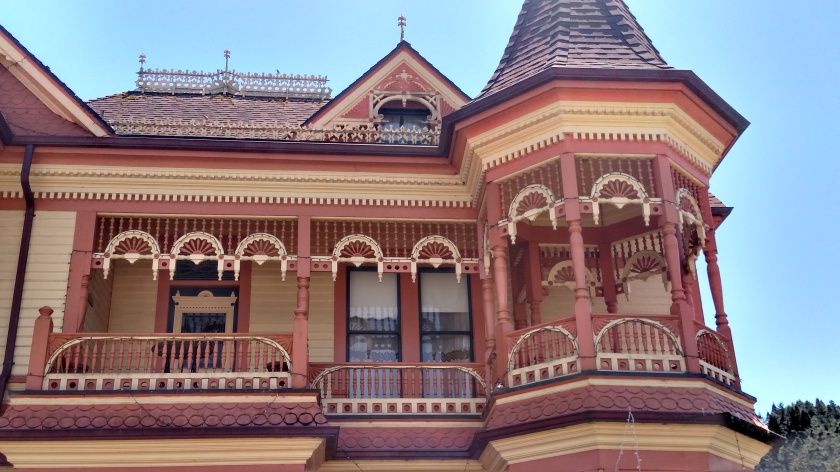 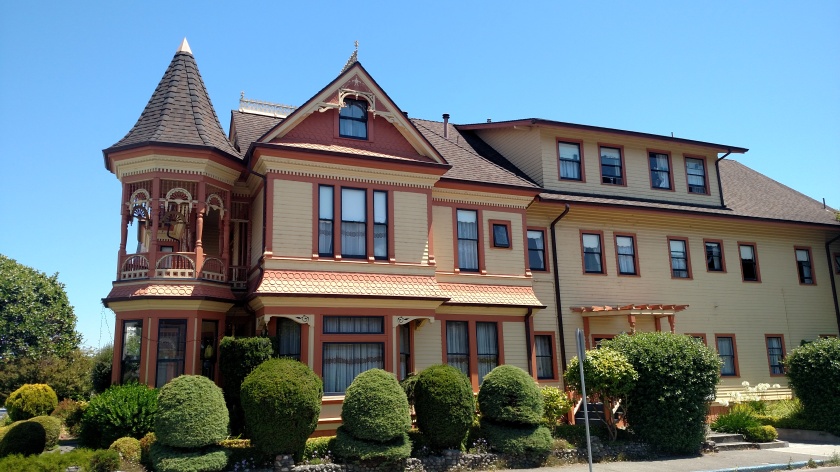 Other houses in town: 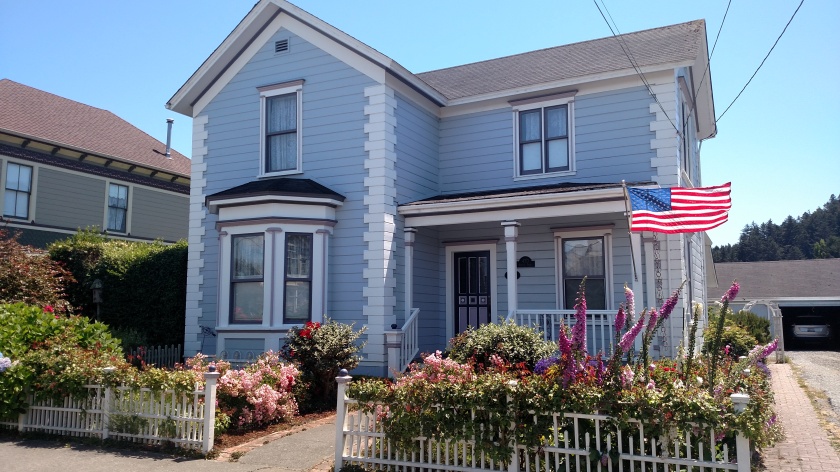