On my way home from the Lava Beds National Monument this afternoon I stopped at the site of this, now defunct, facility after having learned details about it while at the Lava Beds (and it had been mentioned by my Airbnb hostess here in Klamath Falls).

After the Japanese attacked Pearl Harbor the United States government, in it’s infinite wisdom, rounded up approximately 120,000 people of Japanese ancestry living in the western United States (most of whom were American citizens) and placed them in 10 different “War Relocation Centers”.  In 1943 the government gave them all a “questionnaire” to determine their loyalty to this country.  Persons who refused to complete it, or who “failed,” were brought to this facility (one of the 10) which was renamed to be a “Segregation Center” and basically became a maximum security prison.

In 1944 local farmers petitioned the federal government for manpower assistance.  150 Italian POWs (Prisoners of War) converted the facility to house 800 German POWs who were then used to help farmers tend to and harvest their crops.  The occupants were released at the end of World War II.

Given it’s ultimate mission I thought it appropriate to back up a step or two and get more barbed wire in the shot:

And this was all I could see that remains of the facility, a concrete barracks, now covered with a metal canopy (again with barbed wire for effect): 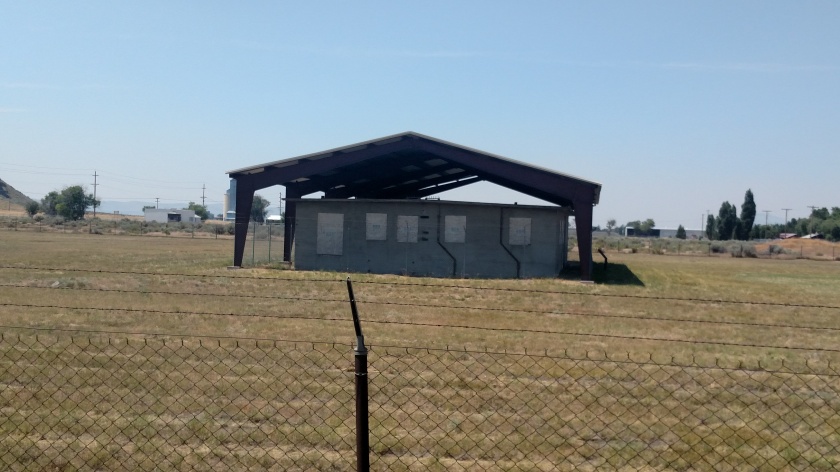