Not Lighthouse, just Light.  This is located in Crescent City, California which is only a few miles from the Oregon state line.  I arrived in town Monday afternoon and will be staying here for three nights before proceeding further north.

Battery Point Light was built in 1856 and was one of the first lighthouses on the west coast.  This is a photo I took from near the Coast Guard Station which is on a peninsula some distance away:

That photo was taken late-afternoon when I was arriving in the area.  As you can probably tell, the persistent marine layer was still present right at the coast whereas just a mile or so inland it was sunny and clear.

Around 6 pm I drove out to where the lighthouse itself is, just south of downtown Crescent City.  The lighthouse sits on an islet, basically a tiny island just offshore but close enough so that at low tide one may walk out to it via a connecting isthmus.

This is from “high ground” where I parked the car.

This was after walking down the ramp to get to beach level, then walking progressively closer to the islet. 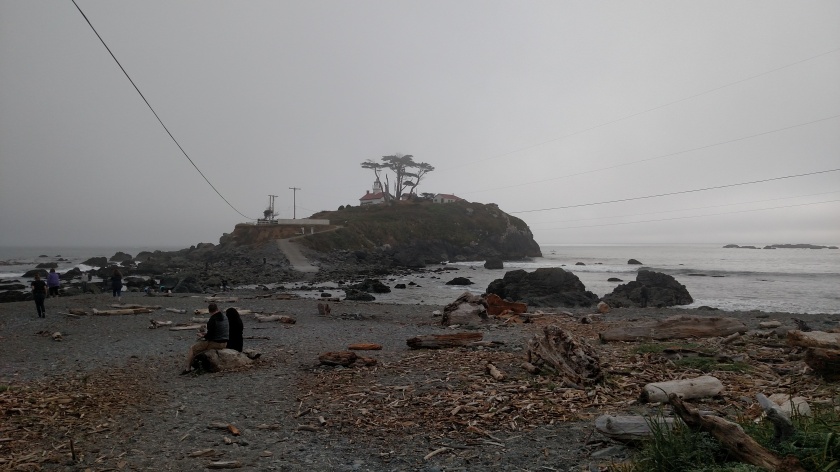 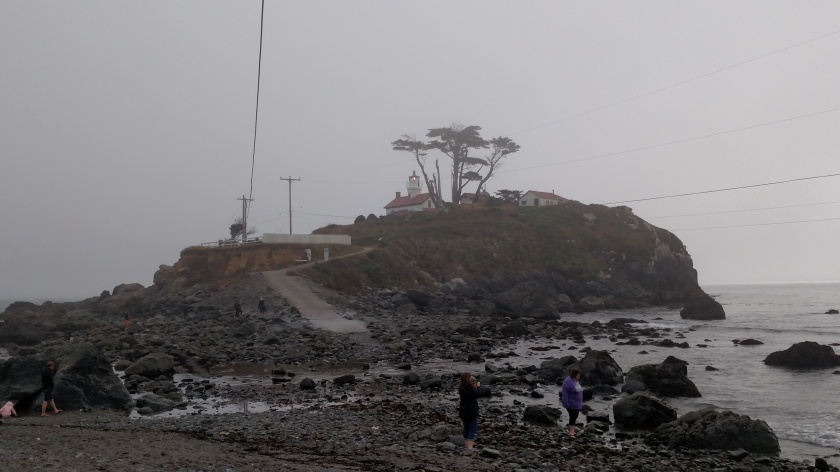 You may be able to tell that the tide was coming in and there was just enough water that Mr. Smiley-pants “It’s too cold to get my feet wet” JohnBoy didn’t venture out on to the islet to see the lighthouse up close.  I will be in the area a few days and will have other photos in a future post.