Monday after I drove back to the coast I stopped in the little town of Trinidad, which is just north of Arcata where I stayed the previous weekend before heading inland.  I was pretty sure the visibility wouldn’t be very good because of the persistent marine layer which was hugging the coast but I at least wanted to get the lay of the land (or in this case the “lay of the bay”).

This was my first look at Trinidad Bay, looking down from near where I had parked my car: 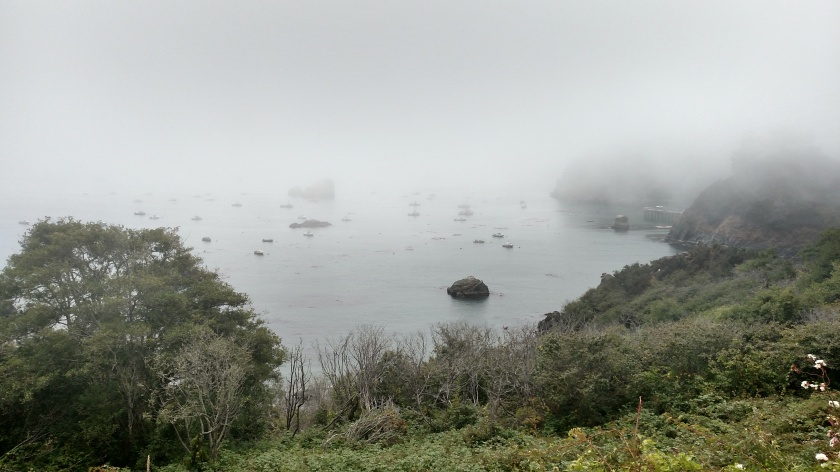 This is from a vantage point slightly left of there.  I didn’t realize it at the time but I was now standing where the Trinidad Lighthouse used to be.  You’ll learn more about that in a future post as I plan to return to Trinidad in the next day or two in, hopefully, clearer weather.  In this photo you can barely see a dock in the distance which you’ll see more of shortly. 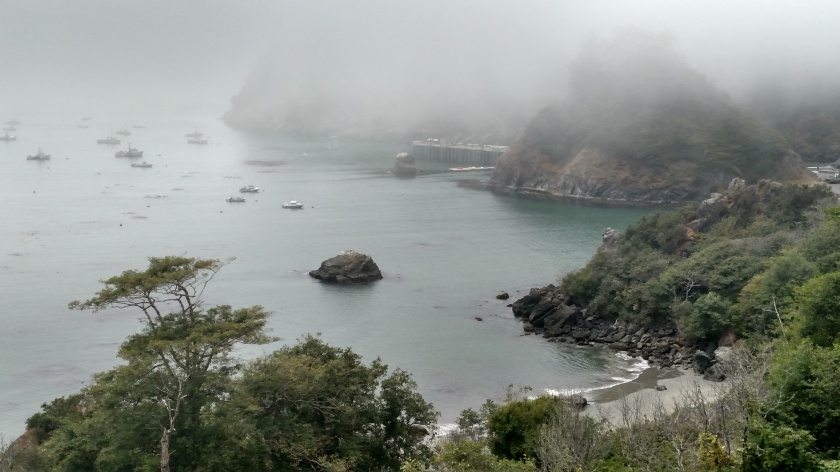 I then walked down to where the water is, not directly but by going a few blocks north (right) and descending down to the beach and dock areas.  This was looking right, towards the beach.  The rock formation you see of the left is “Trinidad Head”, a large peninsula which sticks out into the bay: 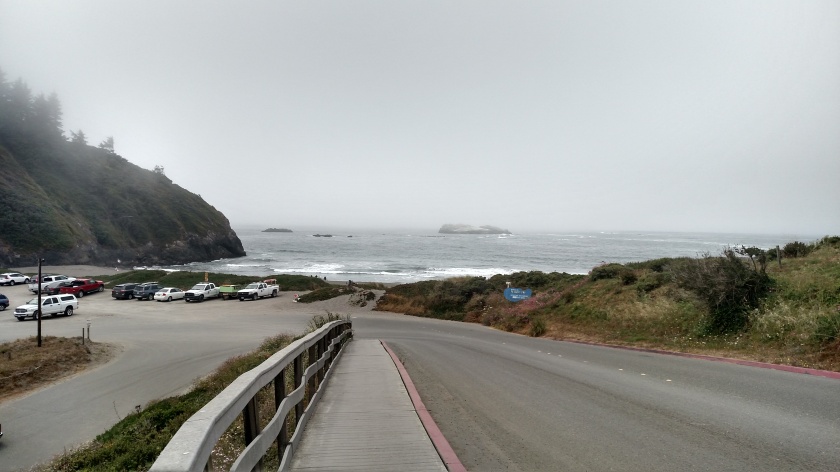 And this was looking left, towards the harbor: 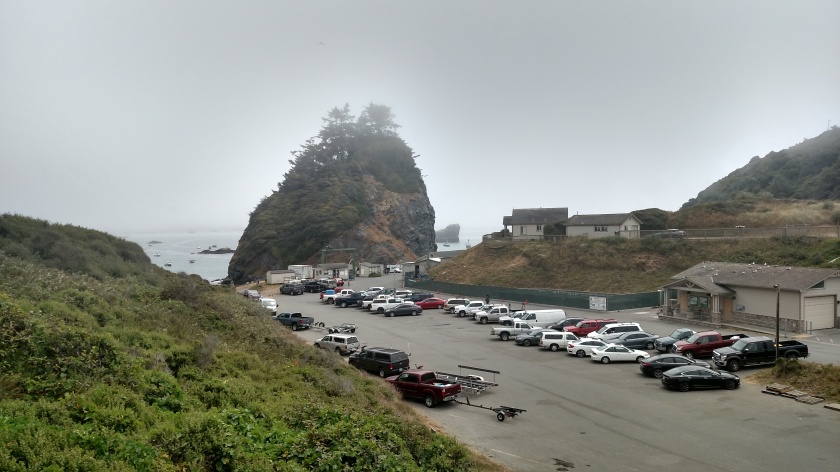 A closer look from beach level of the beach itself: 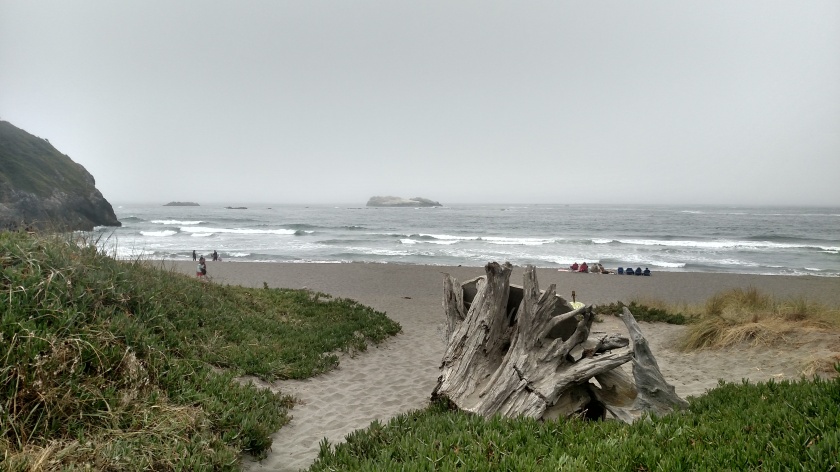 And a little to the right of that a group of lifeguards was giving a safety training class to interested citizens: 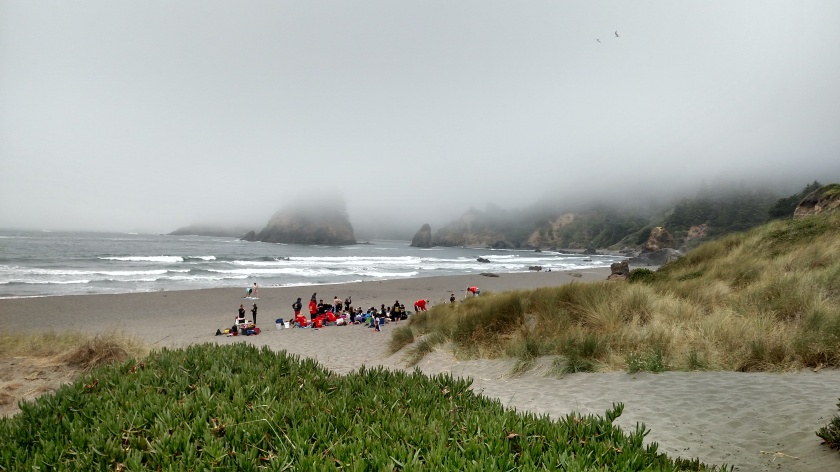 I then walked over towards the harbor and dock, and to a long metal fishing pier which lead out to the wooden dock at water level you could (barely) see in the second photo of this post: 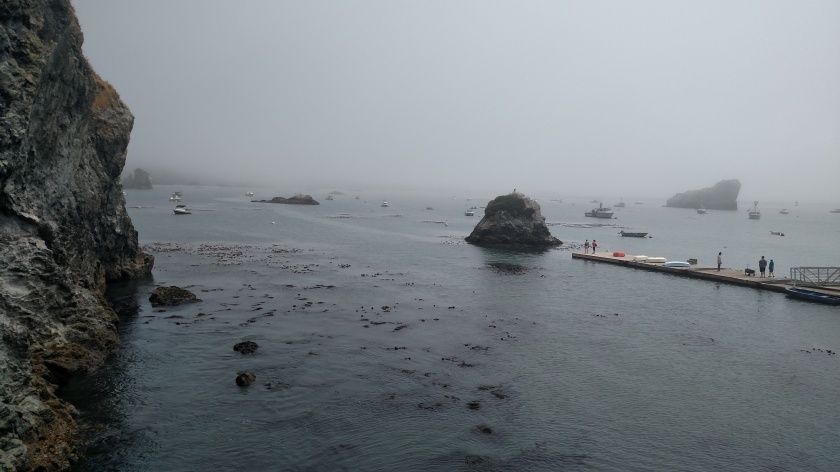 And while at the boat launch area I learned that they have a rather interesting boat lift which uses a pulley to bring the boat up away from the water to load onto the trailer.  You can see the lift being returned to water level via the pulley on the right side of the photo: 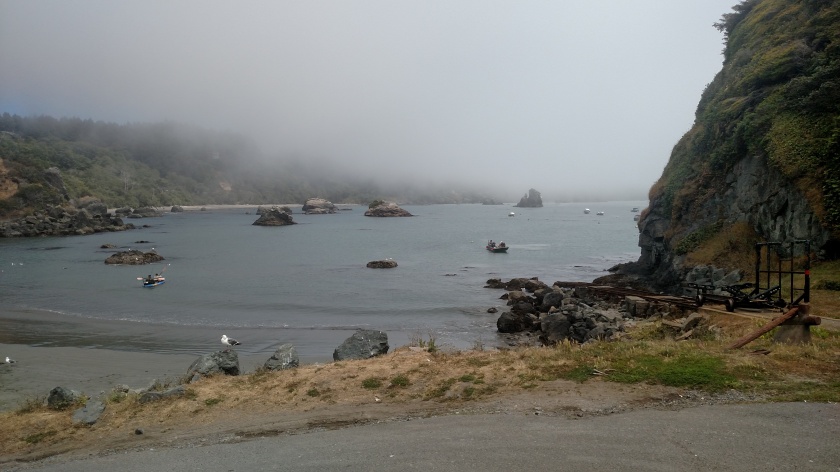 I’ll document that process more thoroughly in a future post.