Sunday I spent about 6 hours out at the Wildlife Refuge which is just north of the Lava Beds National Monument in Northeastern California.  I had pretty good luck the day before getting some pictures of various birds and thought I’d try again.  I was able to capture quite a few different ones than I had seen previously.

I had intended to post these last night but with the excitement of the wildfire which developed while I was in Redding Monday afternoon and evening I kind of got distracted.

These are Black Necked Stilts.  They are not very big but have very long legs which stick out behind them when they fly so they almost look like small herons.  I saw lots of these both days I was out at the Refuge.

This is a White Crane, different from the White Heron I posted pictures of on Saturday.

And I always thought the American White Pelicans are pretty much all white but the ends of their wings are actually black, as seen in these two photos:

I am particularly excited that I got these pictures.  This is an American Avocet.  I only saw two of them (and I don’t mean the reflection).

These are American Coots.  I only saw these two, swimming away from me.

Saturday I saw Western Grebe’s (with the red eyes).  I saw lots more of them on Sunday but also saw some of these, which are Eared Grebes (again, with red eyes).

I believe this was a baby Eared Grebe, which seemed to be hanging out with a male and a female (probably the proud parents).

I saw several groups of Male/Female/Baby Eared Grebes in one particular area of the Refuge.  Sometimes the babies were riding on Momma’s back (there are actually two riders in each of these next two photos): 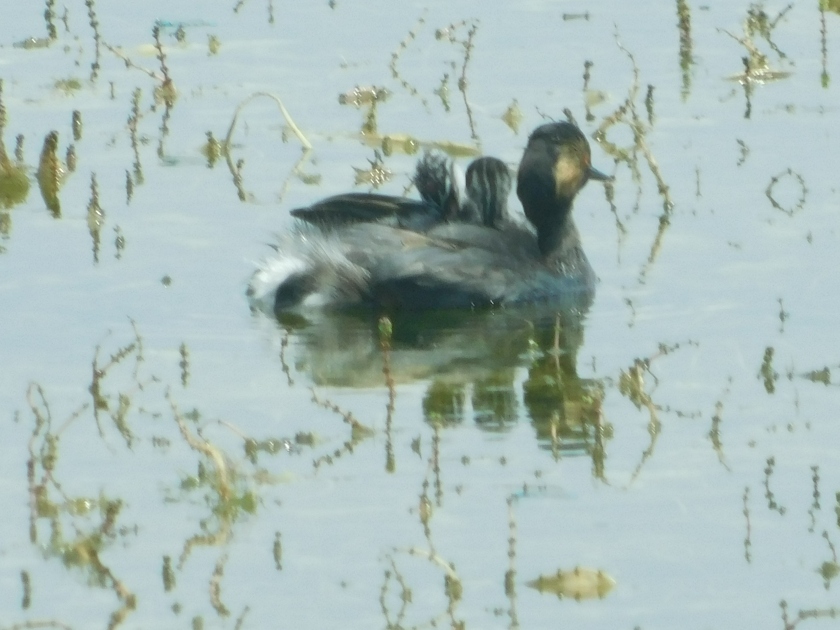 These are Yellow Headed Blackbirds:

And with the help of my Airbnb hostess in Klamath Falls I have learned that this is a Black-Crowned Night-Heron.  She thinks I am very lucky to have seen this because they are not very plentiful. 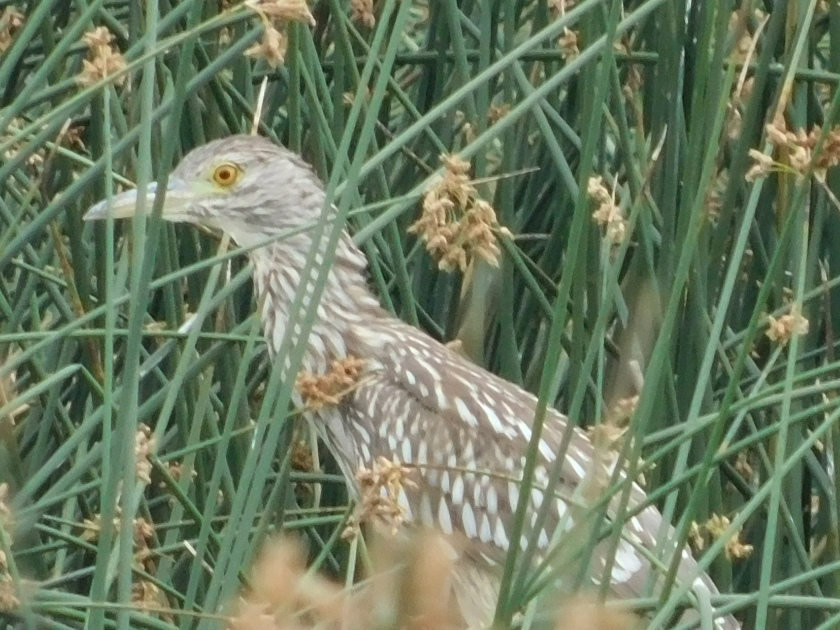 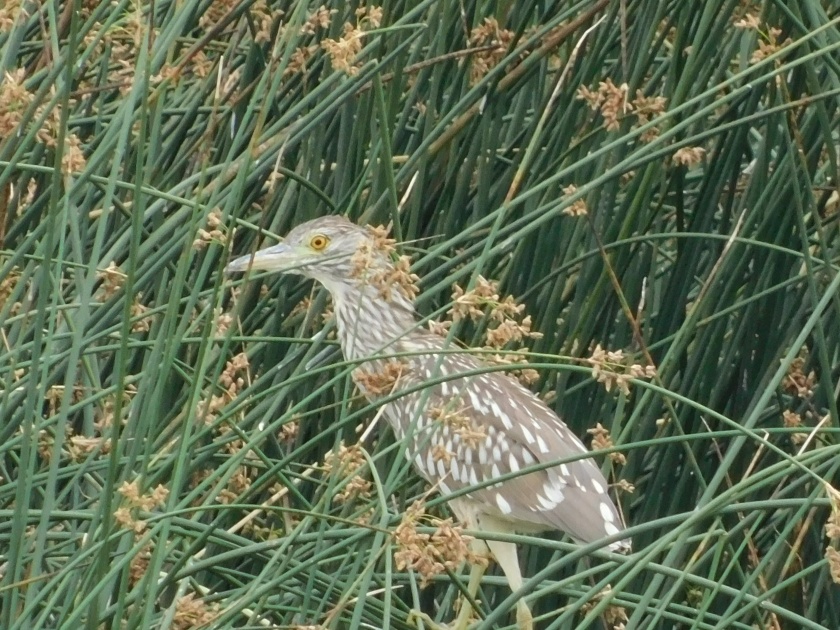 She also told me this is a Kildeer, which was quite vocal:

This was a huge flock of American White Pelicans floating on the water way out in one of the big lakes at the Refuge.  This is how they often feed – they’d float in a big group or circle and flap their wings in the water which attracts fish, which they then scoop up with their bills.  I watched with my binoculars and could see lots of water being splashed up in the air.

Finally, I believe this is a Great Blue Heron which I was able to catch in flight as it flew away from the shore where it had been standing.  The photo I have of it standing on the shore isn’t very good as it was taken through the windshield of my car (it had already flown further away from me once as I approached in the car).

Another bird I saw on Sunday was an Ibis (and I saw lots of them).  I took lots of pictures, including closeups of their feathers, heads and eyes and will post them separately.