Sunday was an amazing and very lucrative day for photo ops.  I took over 500 photos (many are duplicates, but still…) and it may take a little time to get them all posted but I think the wait with be worth it.

I left where I had been staying in Miramichi and continued north on the Acadian Coastal Drive which I had driven on Saturday.  I stopped briefly in the town of Tracadie-Sheila (pronounced TRACK-a-dee SHAY-la) to make sure I knew where the house I would be staying in Sunday night is located and then continued north all the way past Shippagan and out to the Acadian Islands.  I then backtracked and went west to Caraquet and Grande-Anse before doubling back to Tracadie-Sheila on back roads.  I may post things a little out of sequence but will try to knock out a few easy posts tonight.

I saw some huge nests on top of utility poles and they were occupied by large birds I presume are osprey.  I briefly thought they might be sharp-shinned hawks based on signage I saw today but the legs and claws on these more closely resemble osprey.

When I drove my car into position and got out with my camera one bird left the nest, flew in a few circles near me, I think checking me out.  I never felt threatened but it finally landed on a nearby tree, away from the nest, probably to draw me away from it.

It was chirping and calling constantly, probably a warning (or a call for reinforcements to come pluck my eyeballs out). 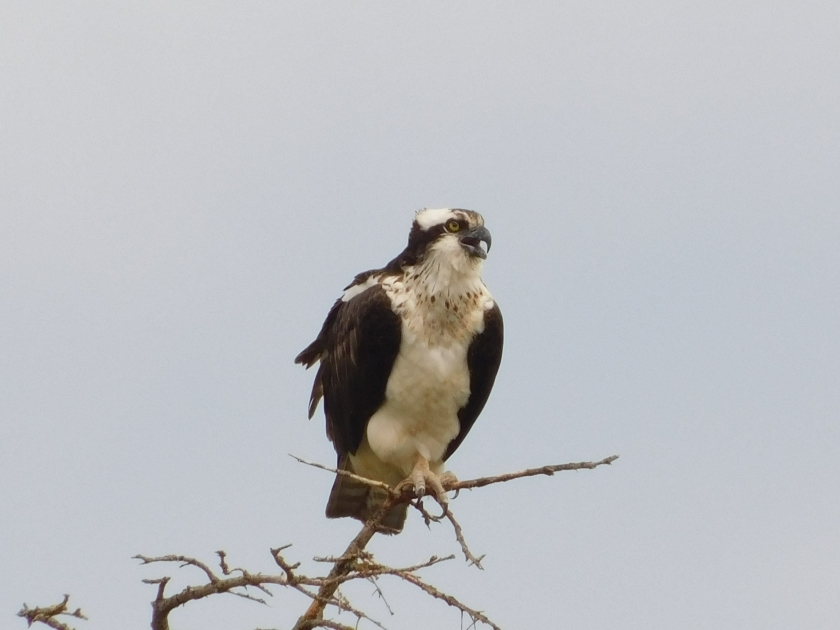 Now that I have the photos uploaded I think the bird that left the nest (above) IS an osprey.  After getting those shots I turned my attention back to the nest and there were now TWO large birds in it.  These, I believe, are sharp-shinned hawks.

When I took the photos the nest was pretty far away and I just pointed the camera, zoomed in on the target and clicked off pictures, one reason I take so many.  I wasn’t even sure what I was seeing.  I find it chilling to look at these photos and see that both birds were staring right at me. 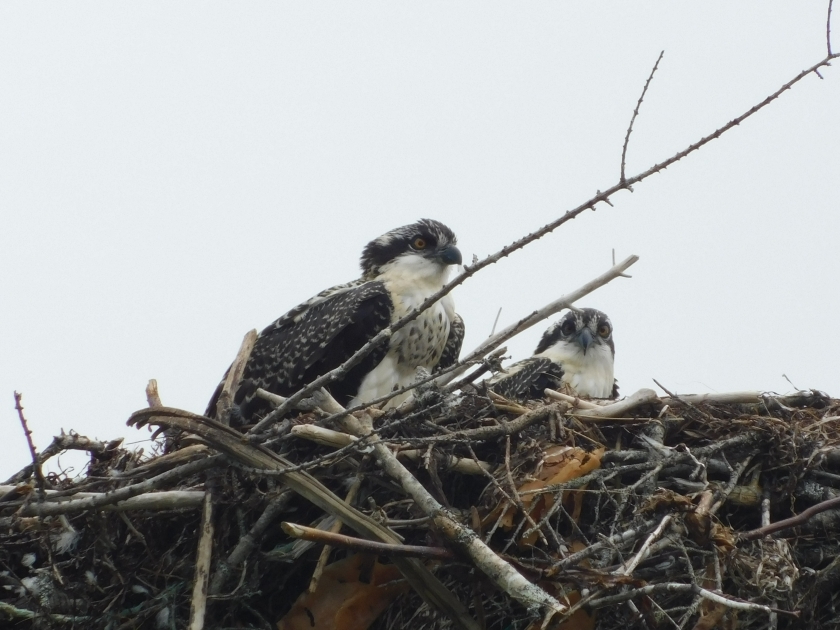 One of the two left the nest again and landed on a utility wire nearby.  I methodically walked closer and closer (on the opposite side of the road) and eventually beyond it.  They were always keeping tabs on me. 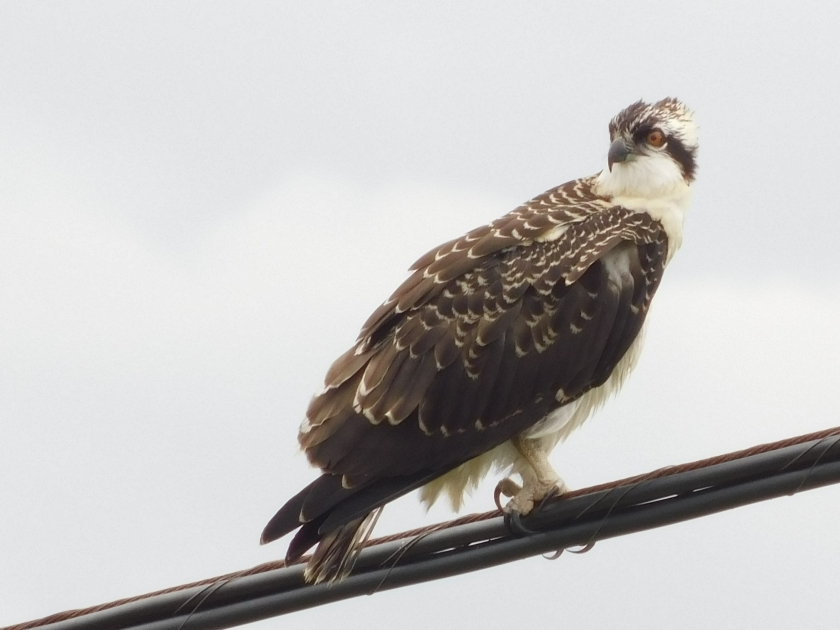 I tried hard to get shots of them in flight but I am still struggling with that.  I have the shots but they aren’t all that great.  What was really amazing to watch was when they were ready to land on a tree or in the next and they slow down and extend their legs before touching down.  I never got a shot of that but it is poetry in motion.  I will be heading back the same direction tomorrow morning and may try to get some more photos.  I also want to just watch them with binoculars for a while (maybe from a little further away).