After I had backtracked and driven my scenic roads north beyond Shediac, Bouctouche and Richibucto Saturday morning, all of which I had stopped in in search of “air and repair “for my tire the day before, I reached the southern edge of this National Park, located south of Miramichi on the east coast of New Brunswick. I had stopped in briefly here as well on Friday to get a map of the Park and get a general idea of things I might do when I returned. 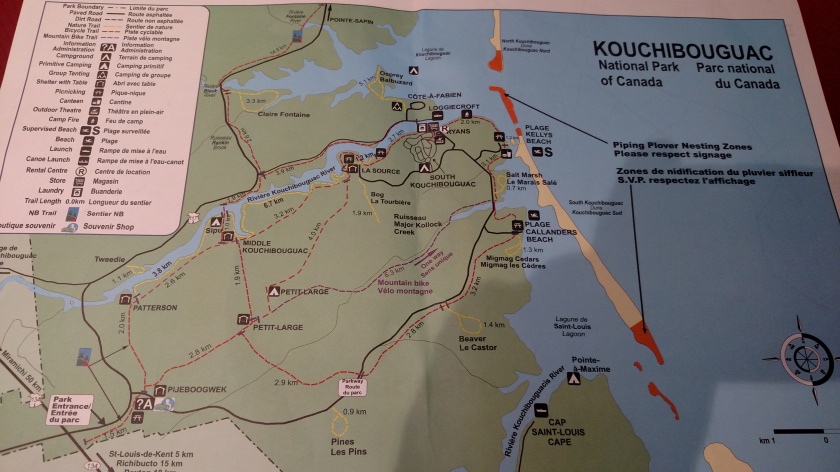 Don’t be afraid of the name, given the area by the indigenous Mi’kmaq people. They called this area Kouchibouguac – the river of long tides. As with Kejimkujik in southwest Nova Scotia, this name is also pronounced just the way it looks: koo-she-boo-GUAC (like the short name for guacamole).

When I stopped at the Visitor Center Thursday I saw that the “red chairs” had a different application than in other Canadian Parks I have been to thus far – placed just outside the Center, with green directional signs below the name pointing, and showing the distance, to Gros Morne National Park and L’Anse aux Meadows National Historic site in Newfoundland. I imagine there is another set in a location I will be telling you about shortly. 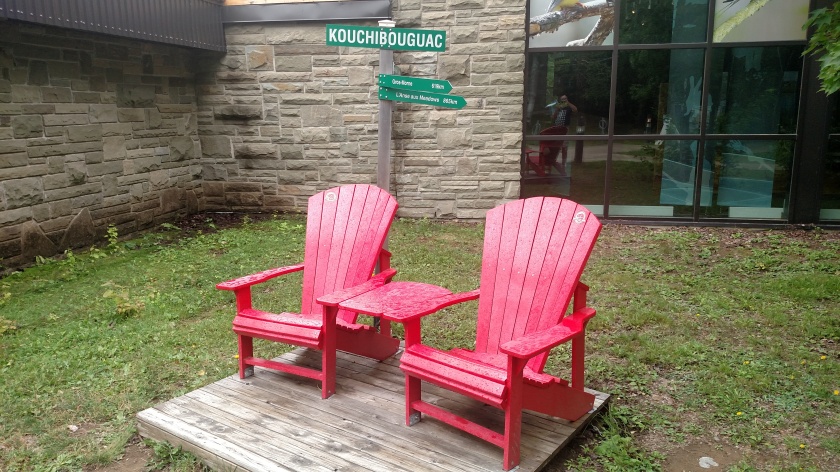 I’m almost afraid to mention it but if you look at the window above the chair on the right you’ll see the reflection of me taking the photo. Yikes!! Sloppy camera work there, JohnBoy….

That photo was taken Friday when it was overcast. Saturday at the Park the sun had come back out (briefly) and I stopped at the Visitor Center again to ask a few questions I had formed about the Park. 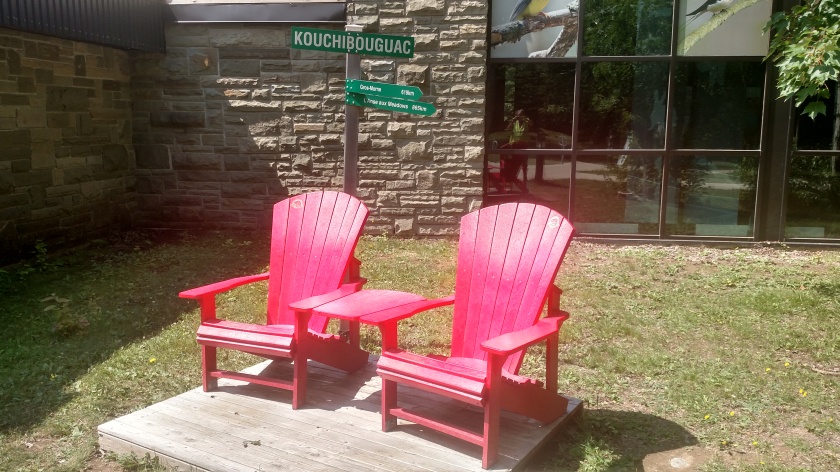 If you look at the window above the chair on the right you’ll see…. why…. I don’t believe it…. it’s Safety Sam! Wait a minute…. who let that guy in here….

After having my questions thoroughly answered I drove deeper in to the Park. The thing I was most interested in were the sand dunes out near the Gulf of St. Lawrence. This Park is located far enough north along the eastern edge of New Brunswick that it is above the northwest tip of Prince Edward Island so I was no longer looking out towards the Northumberland Strait as I had been down in Boutouche. 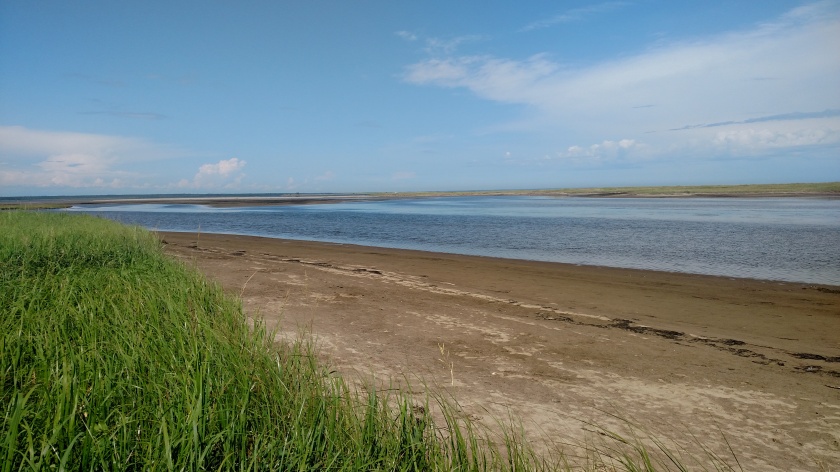 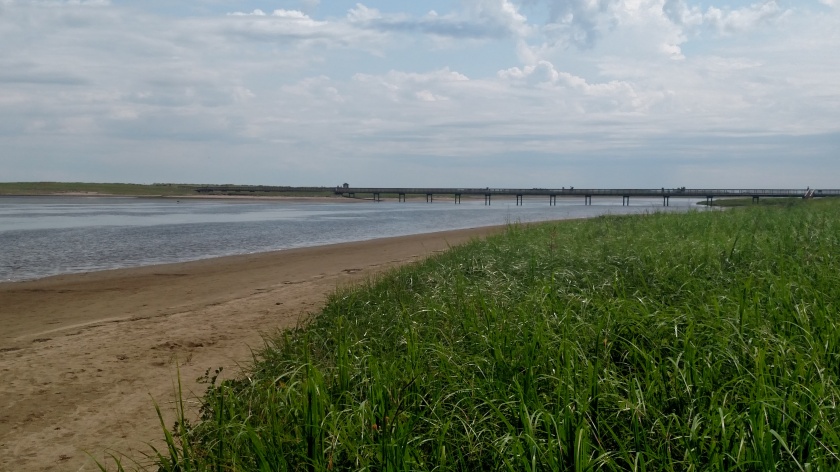 The dunes themselves are out just beyond the strip of land you see in the distance and are accessed by the wooden walkway you see on the right side of the photo above. I didn’t go out there as the dunes themselves, while nice, I’m sure, are unremarkable and visitors were told that much of them are closed to public access as it is Piping Plover (a bird) nesting season and they are not to be disturbed. What is distinctive about these dunes it that the water beyond them is the warmest salt water found north of Virginia!

After visiting the Park my original plan was to return to my Airbnb in Miramichi, grab my digital camera which I had inadvertantly left there when I left this morning, and drive west on another scenic road on my list. Well by the time I got into town the sun, which had been out after the morning batch of rain, had boiled up big, nasty looking thunderheads which were clearly dumping large amounts of rain not far off in the distance. Radar showed that the large system was moving towards Miramichi and a severe thunderstorm watch had been issued for the area. I headed home, worked on the blog and spent the remainder of the afternoon and evening visiting with my Airbnb hostess. She and I ate dinner and stayed up drinking wine and talking until the wee hours of the morning. We both had many stories of our travel and life experiences to share and it was nice, for both of us I think, to take a break and just enjoy each other’s company.