Last Sunday, June 24, I decided to drive on some scenic roads north of where I was staying in Sonora, California.  My plan was to take Route 4 northeast about 80 miles to the little town of Woodfords where I would get on Route 88 and take it southeast to Jackson, then get on Route 49 back to Sonora.  First I had to get to Route 4…

From Sonora (I was actually staying in Tuttletown, just west of Sonora) I took Route 49 north.  First stop, not far up the road, was up Jackass Hill Road to see the Mark Twain Cabin: 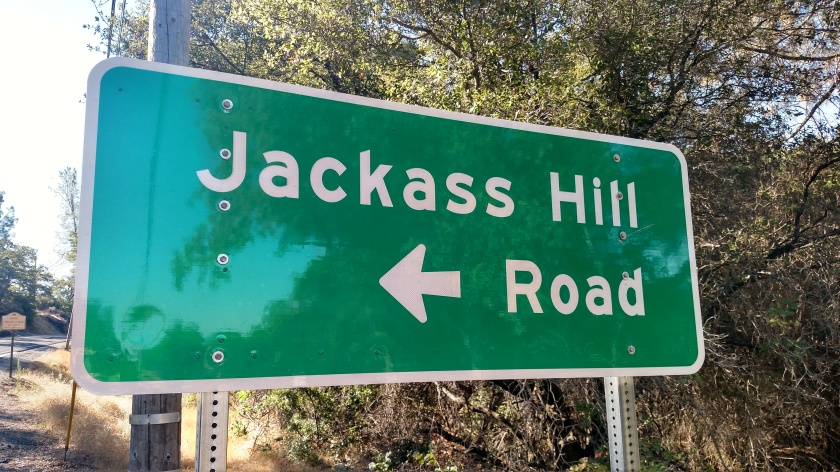 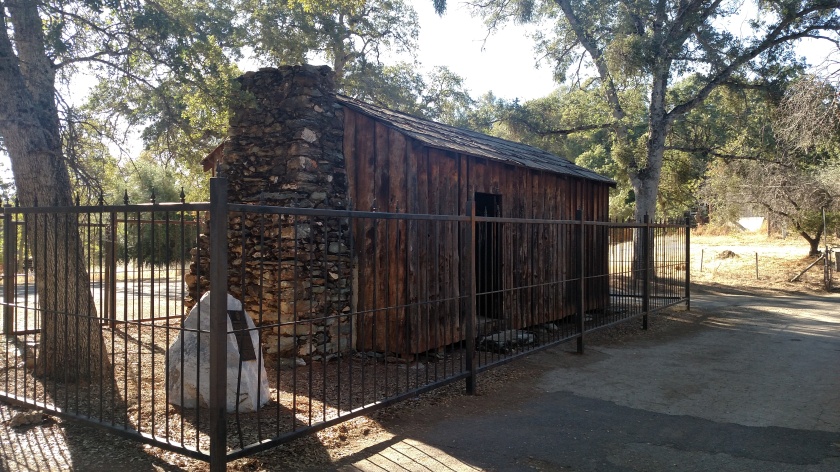 The sign talks about Twain’s friendship with the Gillis brothers.  The Airbnb I was staying in last week is on land once owned by the Gillis family.  While my hosts now own the house they live in, someone else owns the mineral rights for whatever is underneath it.  In other words, if they strike gold by digging up their driveway it won’t belong to them.  Descendents of the Gillis brothers still lived in neighboring houses until just recently.  (I hope I got all those facts straight).

Back out on Route 49 I continued north towards the little town of Angels Camp.  First I had to cross a bridge over New Melones Lake. 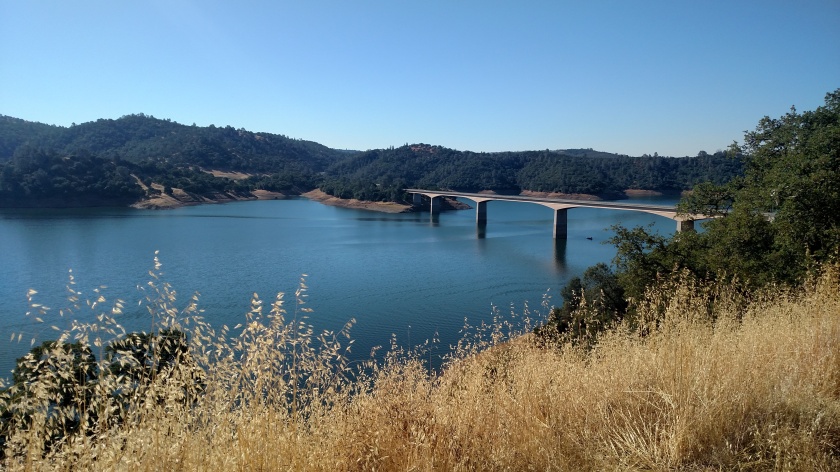 Before getting to Angels Camp I went through an area known as Frogtown.

This was what I found when I got to Angels Camp: 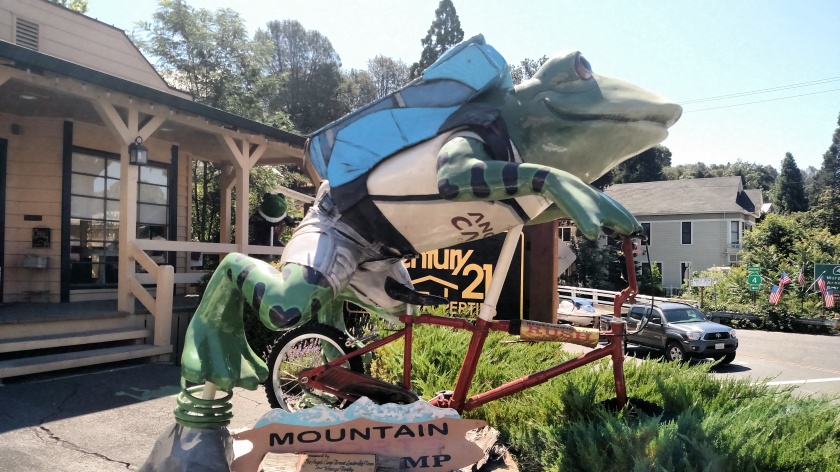 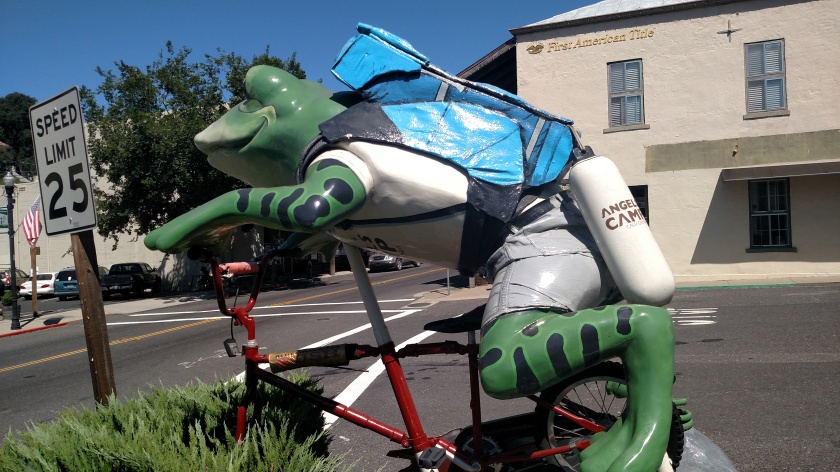 On the side of a building: 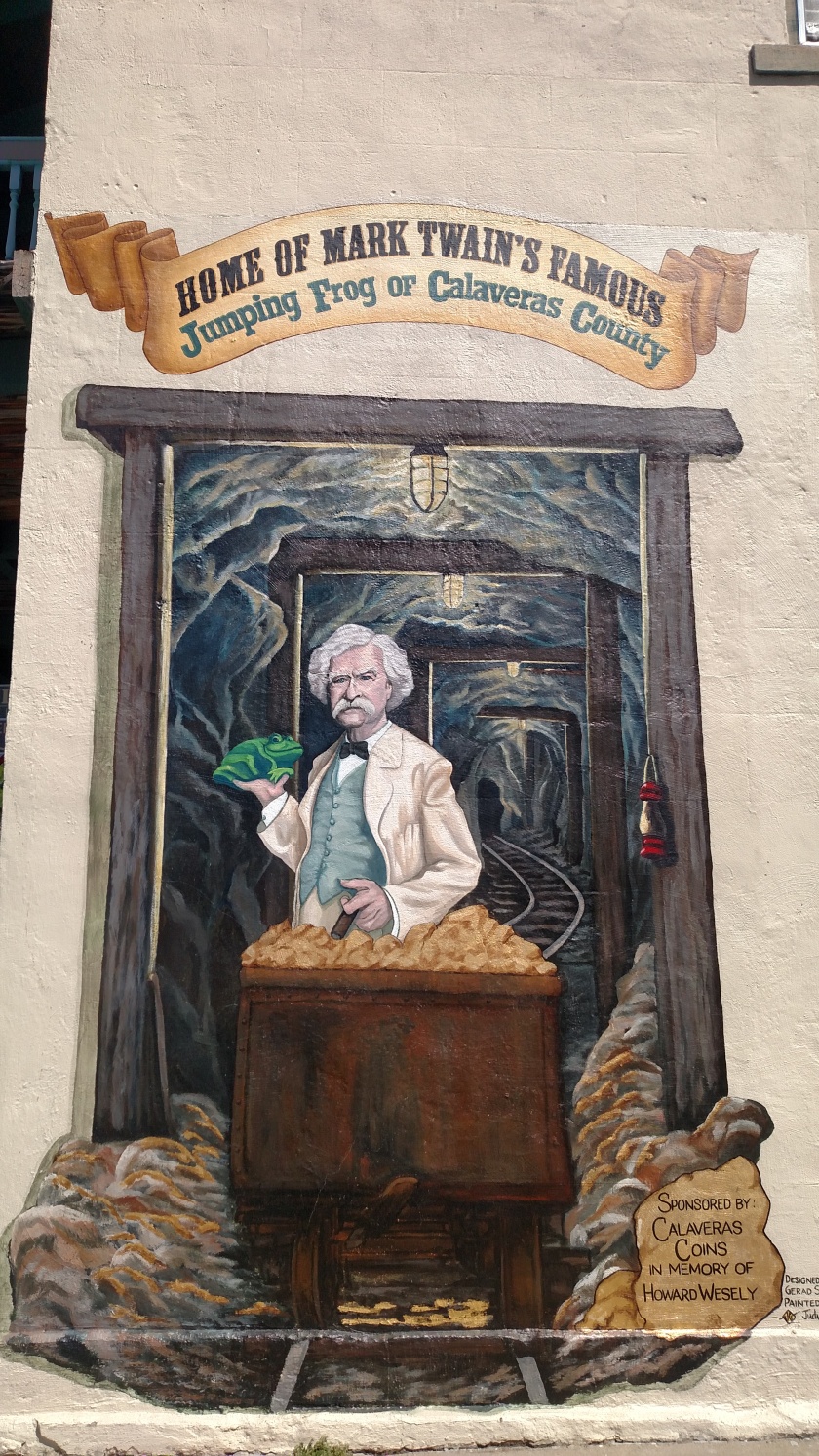 On the side of a trash receptacle:

And embedded in the sidewalk – a virtual “Hall of Fame” of past winners.  Note that the jump lengths get longer as the years go by.  Steroids??  Rigorous training??  5 Hour Energy Drink?? 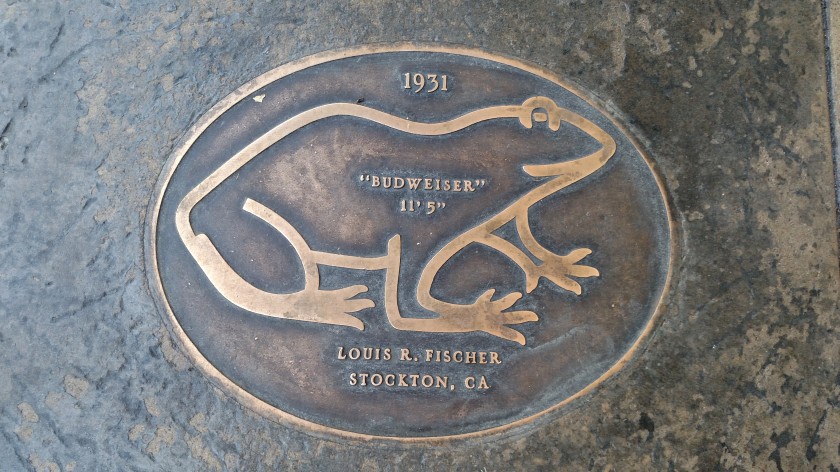 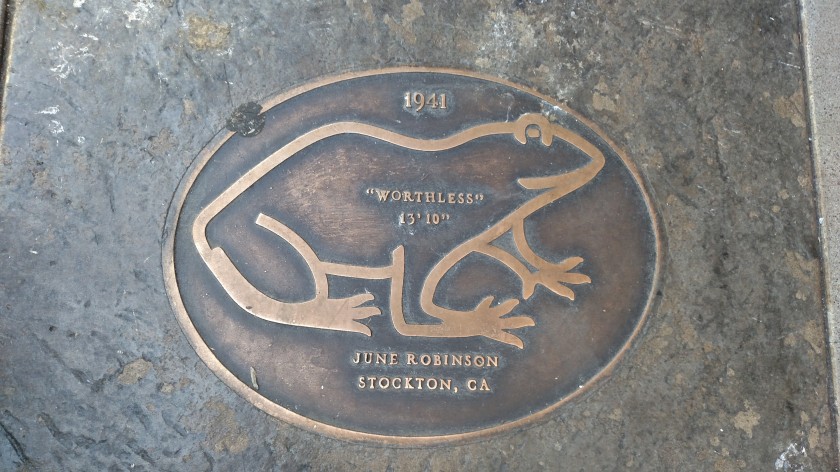 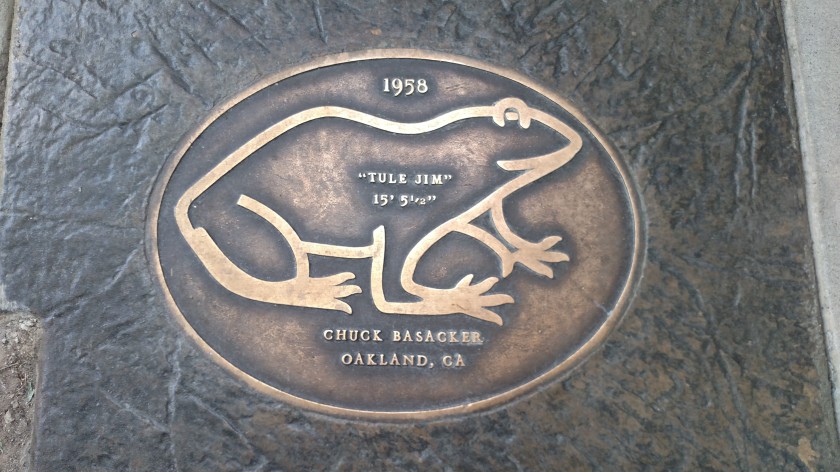 At Angel’s Camp I finally picked up Route 4 and started driving northeast.

I diverted off onto Parrott’s Ferry Road and came to an upper portion of New Melones Lake.  While I was standing on the bridge a speedboat came zipping by: 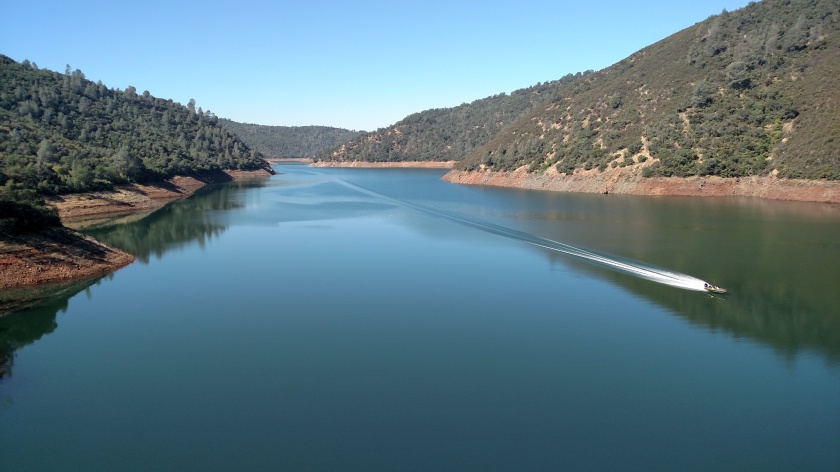 The wake created an interest visual effect when it reached the far shoreline:

I went back to the car to get the digital camera but no other watercraft came by to repeat the magic.  I came back to this spot on another day but it was windy and the lake wasn’t as calm so the ripple effect probably wouldn’t have looked as good.

Back out on Route 4 I continued northeast and stopped at Calaveras Big Trees State Park (see prior post from last week called that).  I also stopped at Lake Alpine, site of the somewhat failed bald eagle episode (see prior post on that, titled “The eagle had landed”).

I took this right before the eagle was first spotted:

I did go back to the path where I had taken the eagle pictures on Thursday of last week and waited two hours but never saw the eagle again.  I got there around 130 and the eagle had probably just eaten lunch and was off somewhere enjoying a nice eagle siesta.

Shortly after leaving Lake Alpine I came across this relaxing scene:

Somehow I don’t think I’d build my dream cabin at a place called Mosquito Lake, which is exactly what this lake is called.