Monday morning when I got ready to leave Klamath Falls my Airbnb hostess (who had been outside to walk her dog) commented that the air quality in town was much worse than it had been over the weekend.  I can second that observation when, after driving to the south edge of town on the same route I had taken both Saturday and Sunday mornings when I drove down to the Lava Beds and Tule Lake Wildlife Preserve, visibility had been reduced to maybe a mile and a half (it got a little better further south, but not much).

I verified it when I got to the Lava Beds Visitor Center this morning – it was definitely smoke (and it smelled like smoke), not fog which would “burn off” (no pun intended) later in the day.

Here are some comparisons of what I saw at the Lava Beds Saturday morning and early afternoon versus what I saw between 920 and 955 am this morning.  This morning I tried to replicate the same vantage point as I had used on Saturday. 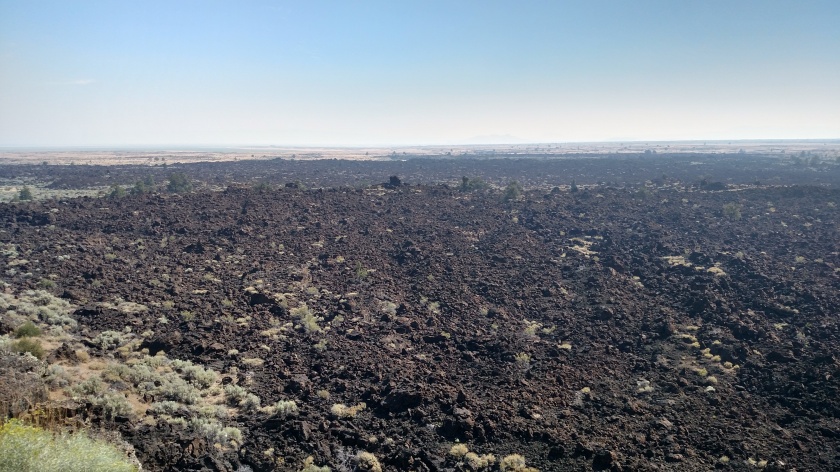 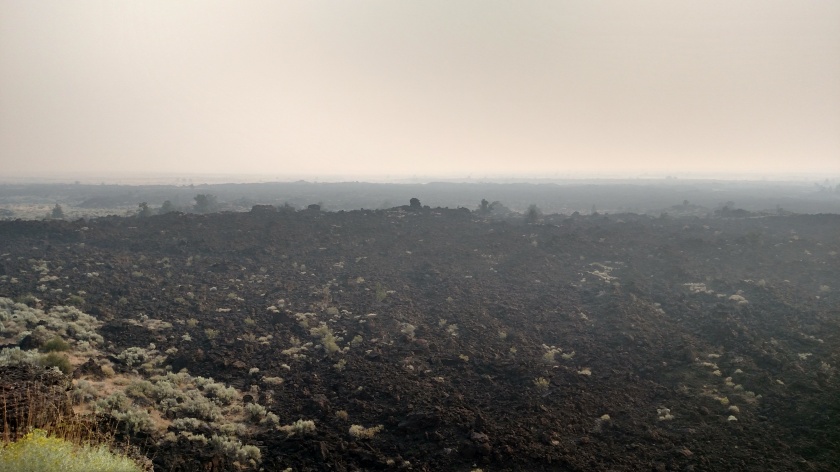 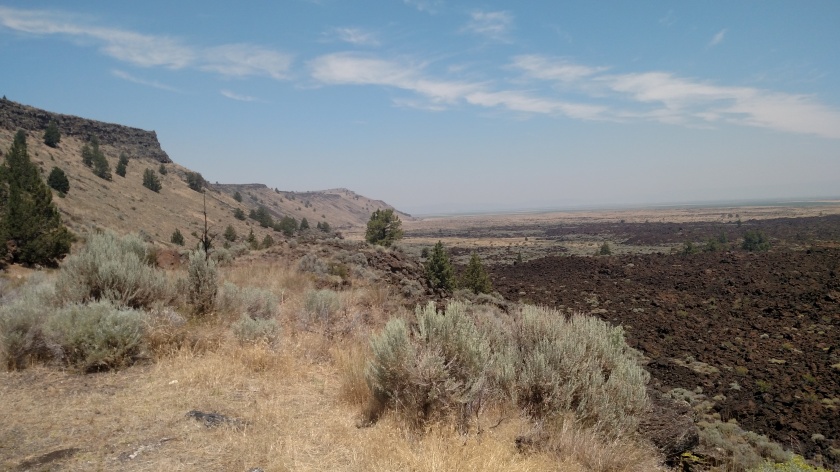 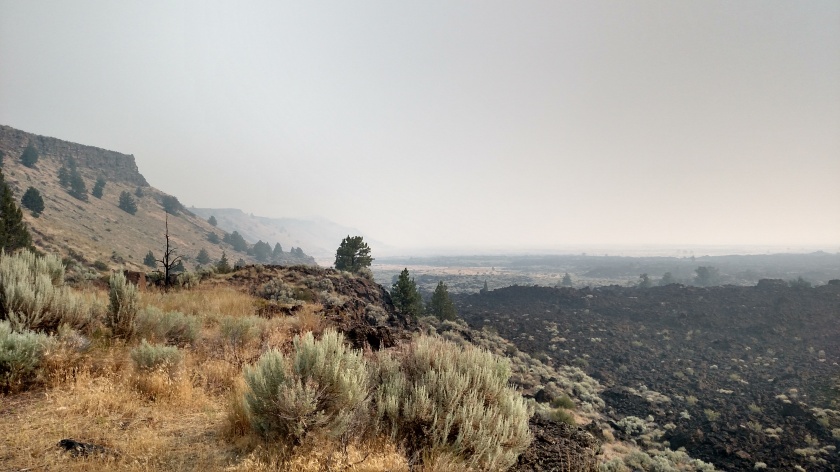 Looking south from the same point (at various cinder cones in the distance) – Saturday: 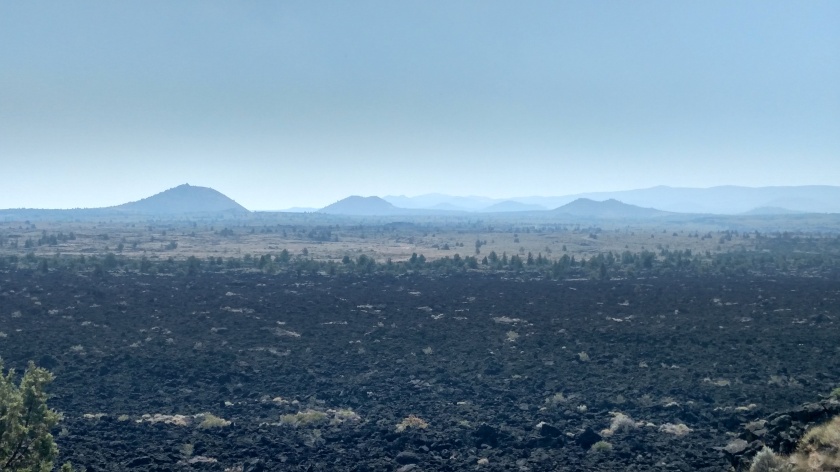 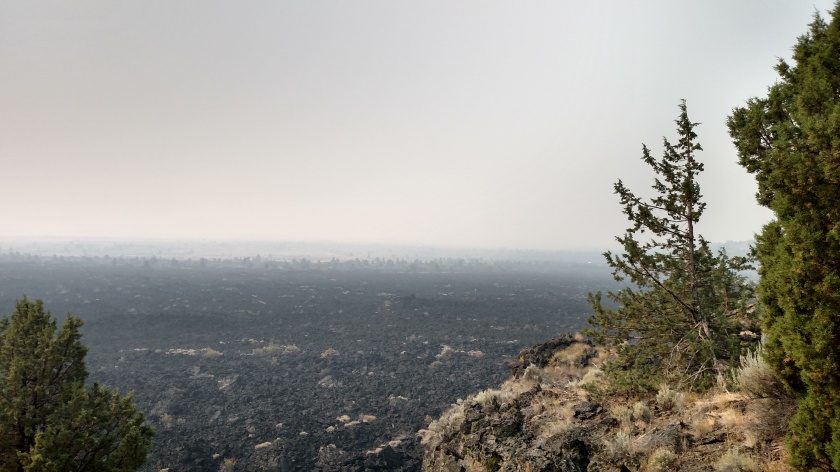 Looking at the Schonchin Butte (with a Fire Lookout Tower on top) from the northwest – Saturday: 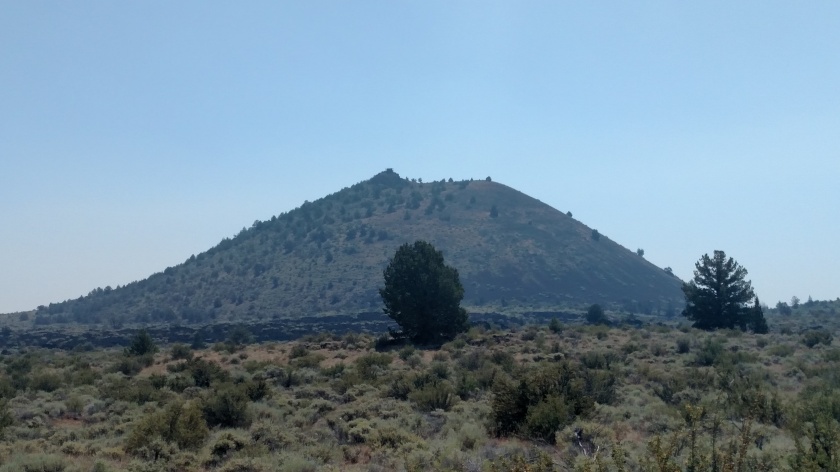 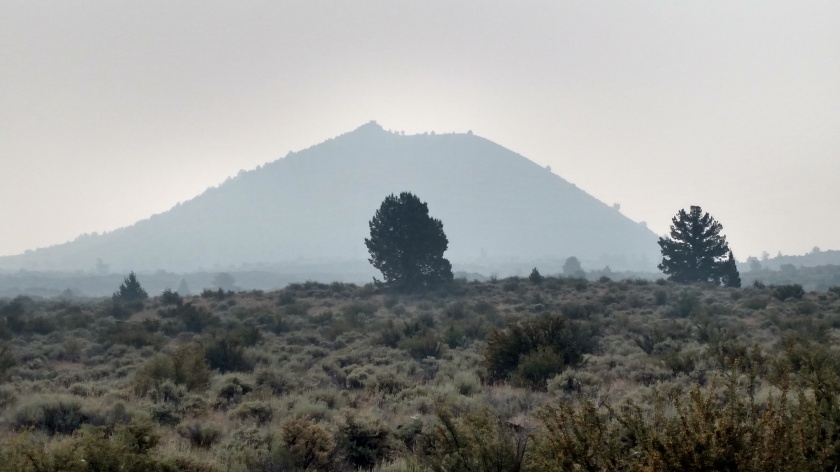 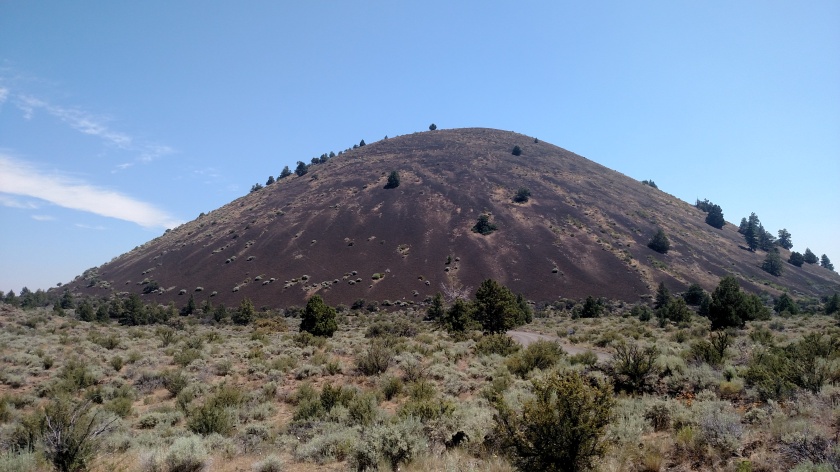 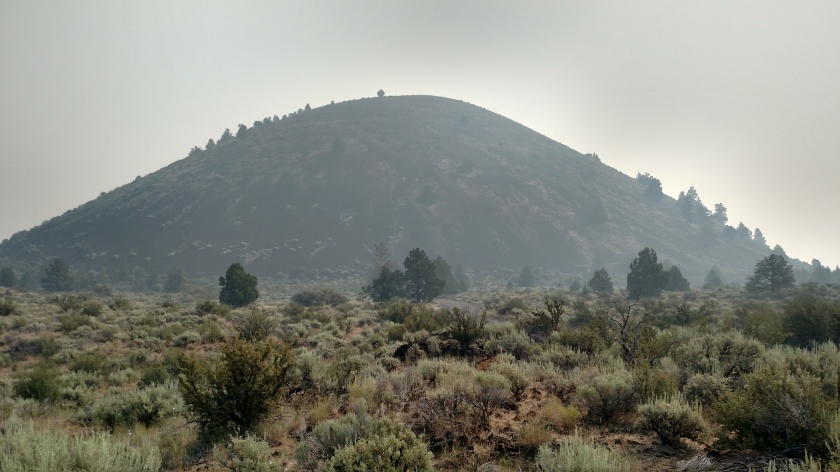 Same butte from the south – Saturday: 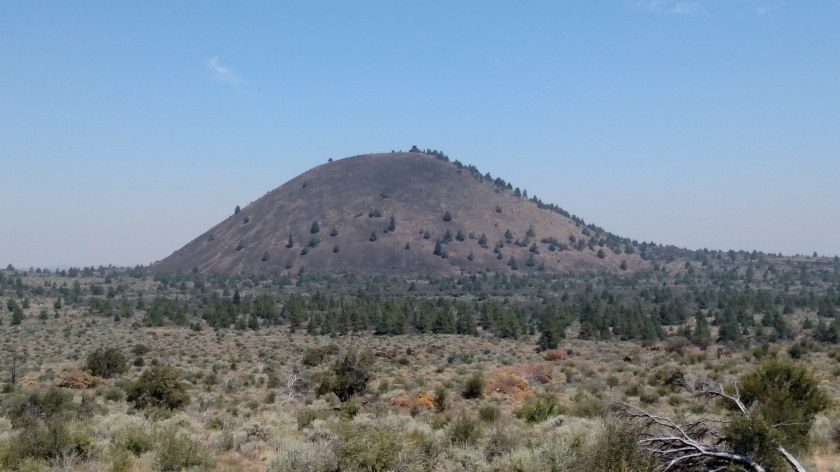 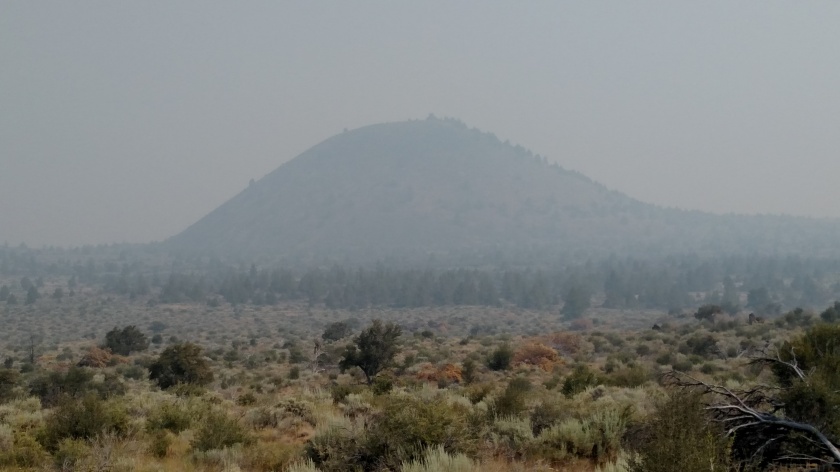 One thought on “What A Difference 2 Days Makes”