These folks were enjoying the day out on this shallow lake.  Devil’s Lake is the northernmost lake that can been seen from the road on the Cascade Lakes Scenic Byway.

Honey, I think that man just took our picture…. 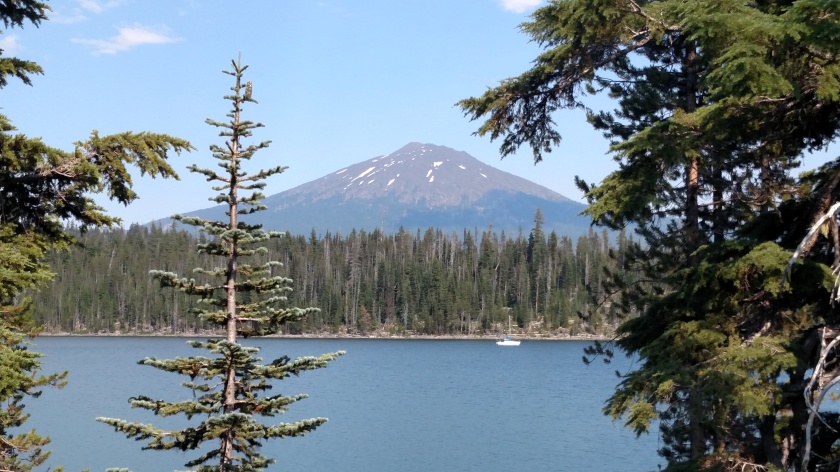 OK, JohnBoy, enough with the mountain/lake/boat pictures already…  Well this spot has a special significance.

Because of it’s location, this area is a rare treat for birdwatchers.  The Cascade Lakes (you are looking at Elk Lake) separate the High Desert to the east and the big mountains to the west (the three Sisters, Broken Mountain, Bachelor and others) and it attracts birds from both environments.  So you may see desert birds and mountain birds together.  Migratory and resident birds together.  Water and land birds together.  And so on.

Also, the desert to the east of this lake gets an average of 12 inches of rain per year, whereas the mountains to the west get A HUNDRED and twelve inches of rain. 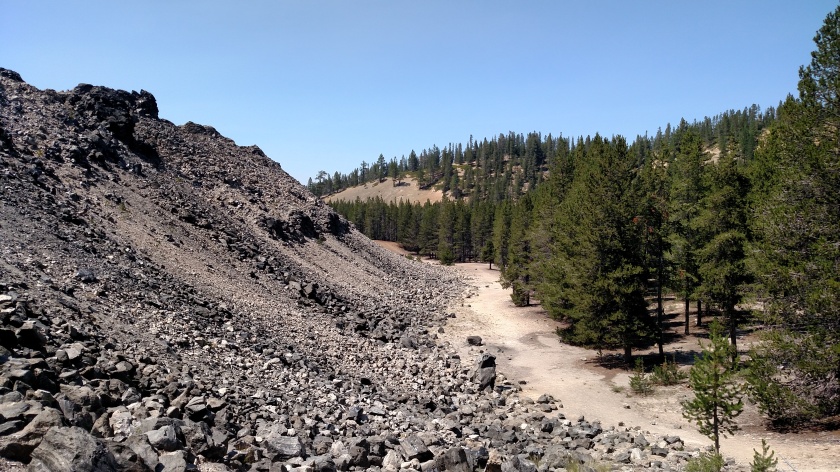 These photos show a very small portion of the 700+ acre Big Obsidian Flow.  These shiny black rocks (actually very dark glass) were formed when lava flowing from the volcano hardened as it cooled.  As you can see by the top photo, the Flow is very tall, rising high above the mature trees.

While walking on the path up to see this area I came across one of the small butterflies I had seen yesterday (dead, unfortunately).  I have added a second photo to that post (just a few down from this one) so if you have seen the original post already you may want to take a second look at it.

The gray circle on this map represents the rim of the crater, or caldera, of the Newberry Volcano.  Within the rim are two big lakes, Paulina and East, plus several areas of obsidian flows, or places where lava flowed out and hardened to form shiny black rock.  The Big Obsidian Flow (see post above) covers more than 700 acres and is shown as the lowest gray area at the bottom of the caldera so that gives you an idea how big the entire crater is. 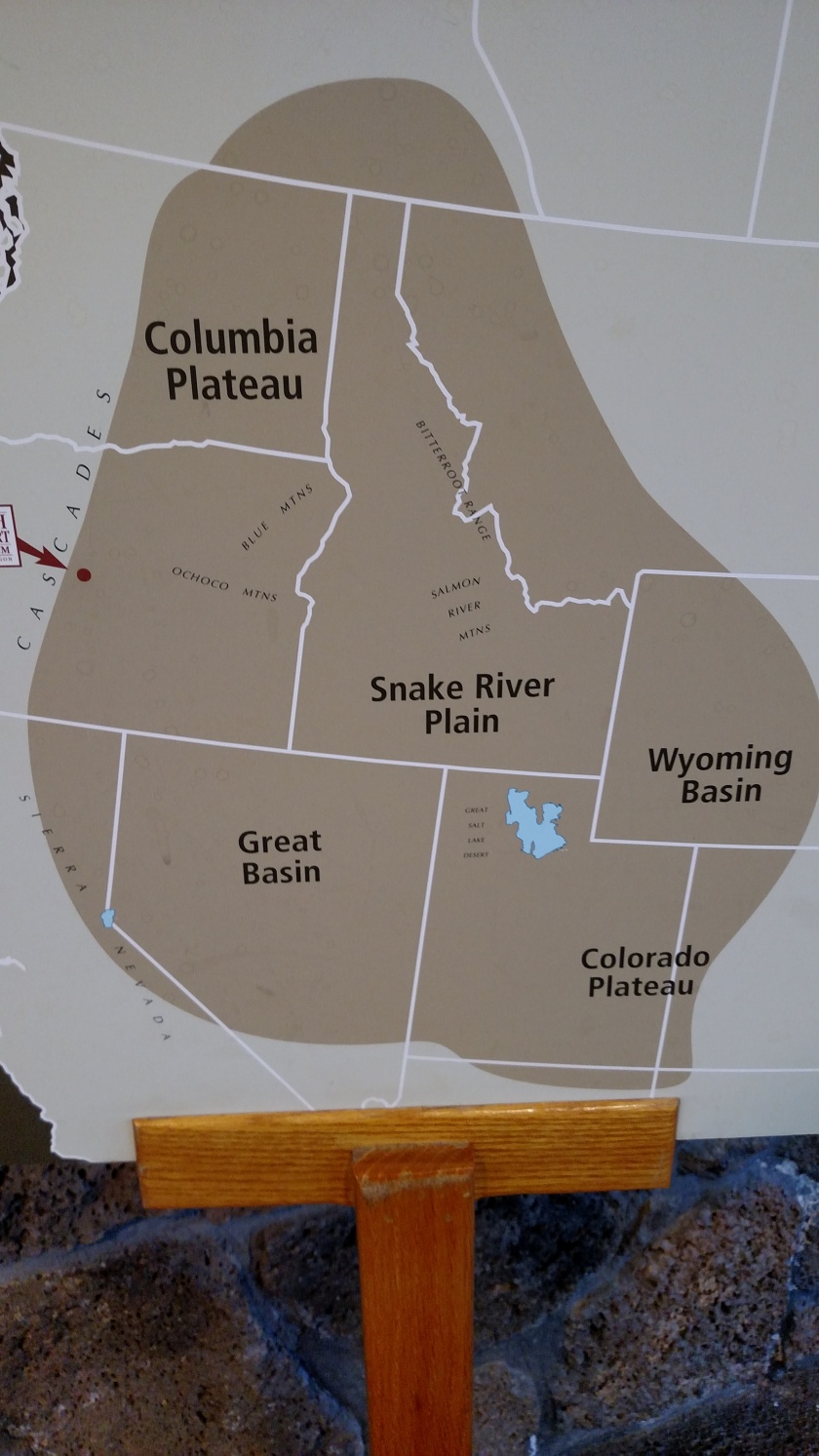 I spent half the day doing laundry and getting the oil changed in my car (this isn’t all fun and games, folks, I still have some responsibilities… Ok, so not very many… But still…).  During the afternoon I stayed close to Bend and made a big, lazy clockwise loop starting to the south.

First stop, just off Route 97, was the High Desert Museum.  This is a beautiful new museum built as a tribute to the High Desert, a huge area shown on the map you see above.  Bend is at the western edge of this desert, as indicated by the red dot.

Next I went to two locations within the Newberry National Volcanic Monument, a huge area which straddles Route 97 on both sides.  Trump would love it out here.  Seems like everything is huge.

Finally, I drove the Cascade Lakes Scenic Byway west of Route 97 and worked my way back north to Bend.  The Cascade Lakes is a big area made up of many relatively small lakes which separate the desert to the east from the big mountains to the west.

Photos from all of those areas appear in the posts above.