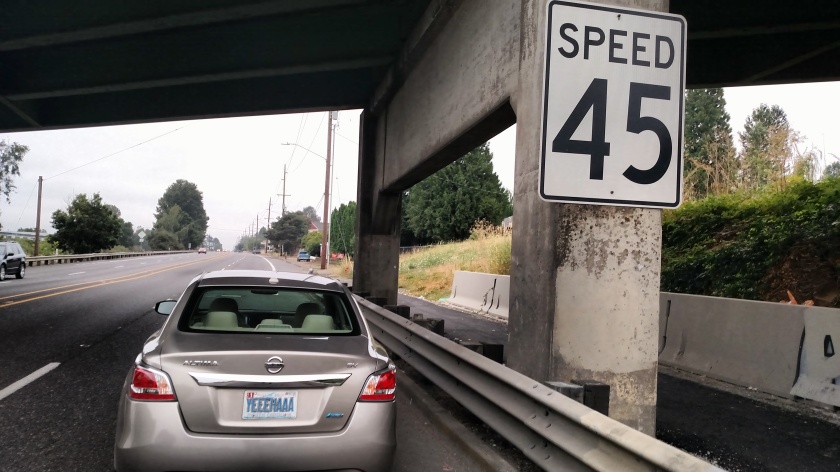 I’ve seen these oversized speed limit signs in various places throughout Oregon.  Not all their signs are this big but it really gets your attention when you see one.  Guess you can’t say you didn’t know what the speed limit was when you get pulled over. 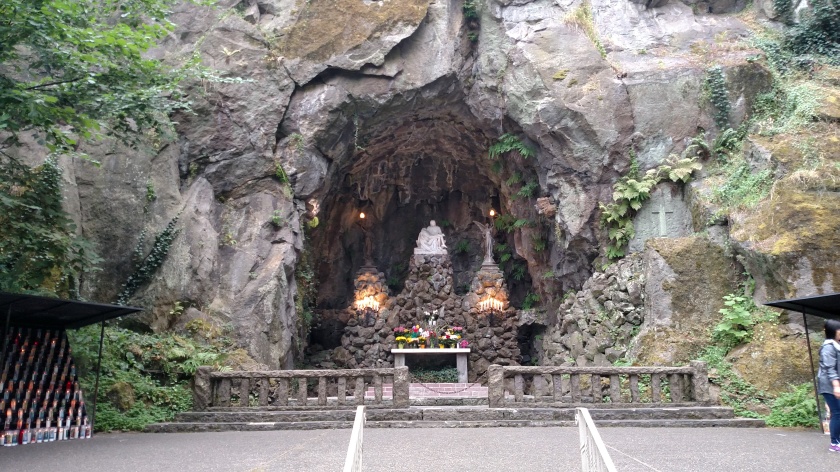 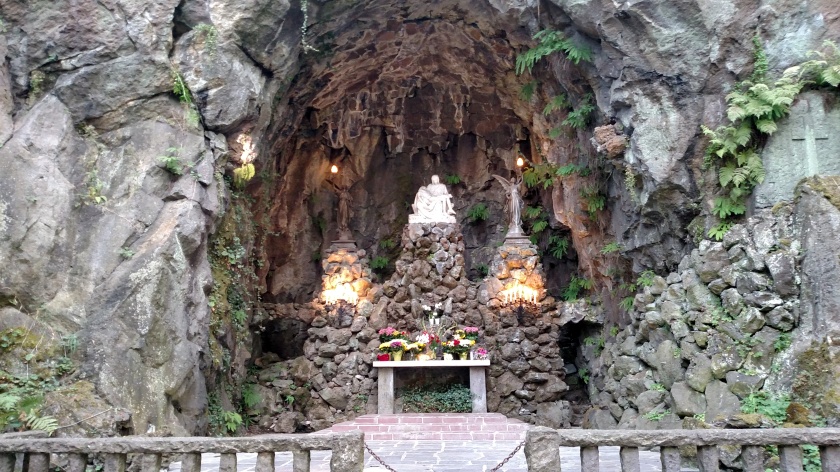 The Grotto (National Sanctuary of our Sorrowful Mother) is about a 10 minute ride from where I am staying in the northeast part of Portland, Oregon.  It is a 62-acre shrine and serves as a place of solitude, peace and prayer for all faiths.

The grotto (cave) is an outdoor cathedral and there is also an indoor sanctuary, which are both located are at the base of a 110-foot cliff.  They have an elevator which whisks you up to a manicured garden with paths along which are found many areas for one to pause and reflect.  The signs (below) were tributes to several “mysteries” (Joyful, Sorrowful, Glorious and Luminous Mysteries) and were scattered through the gardens.. 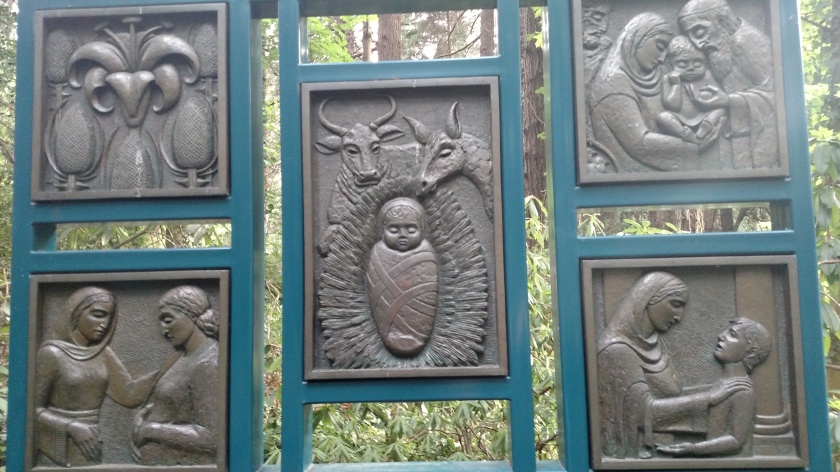 The labyrinth (below) is a stone maze and is based on a medieval labyrinth in France. 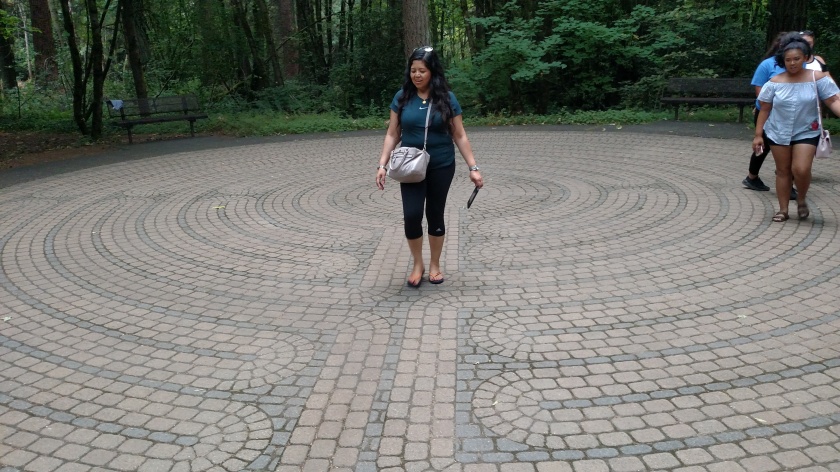 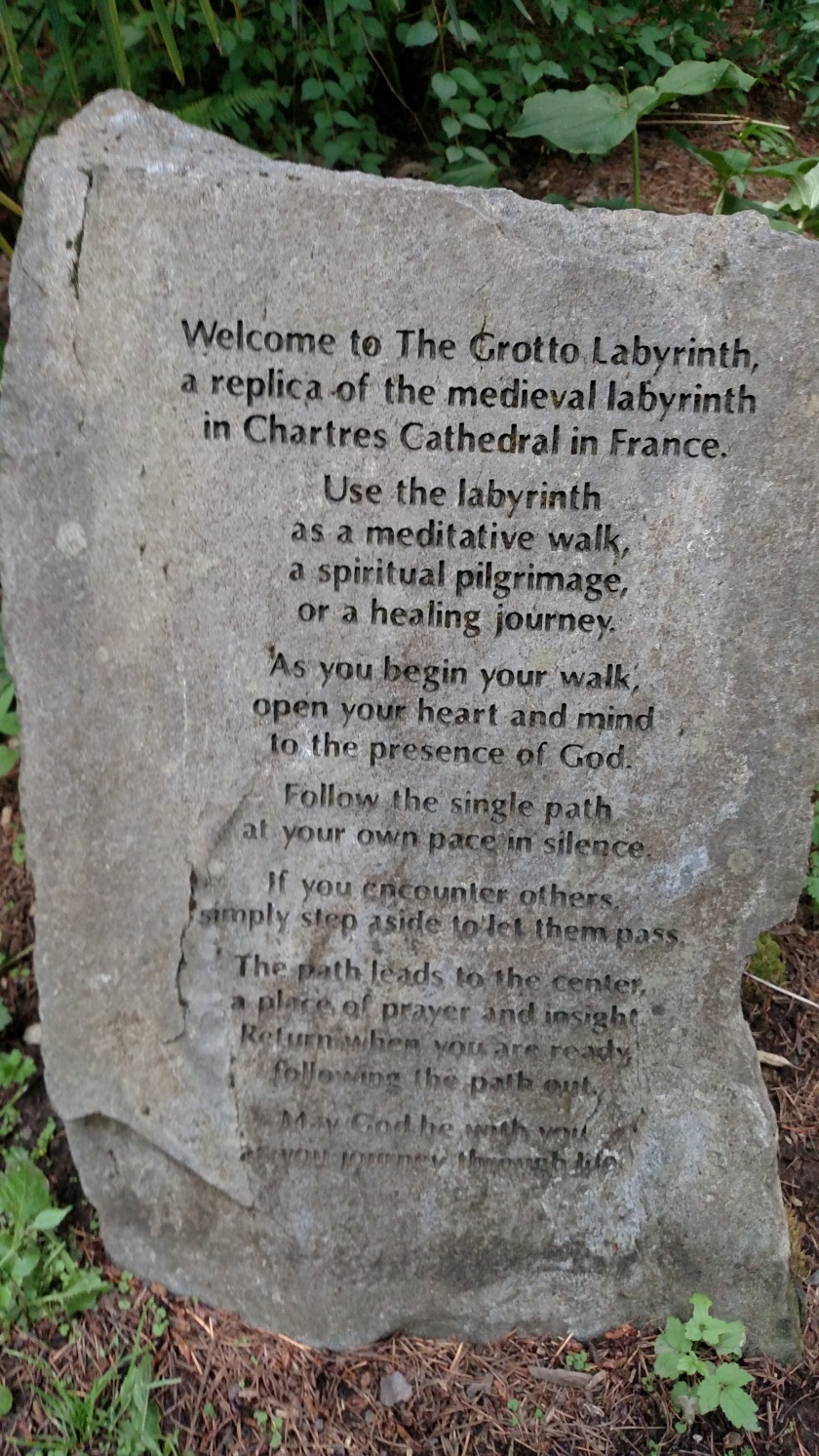 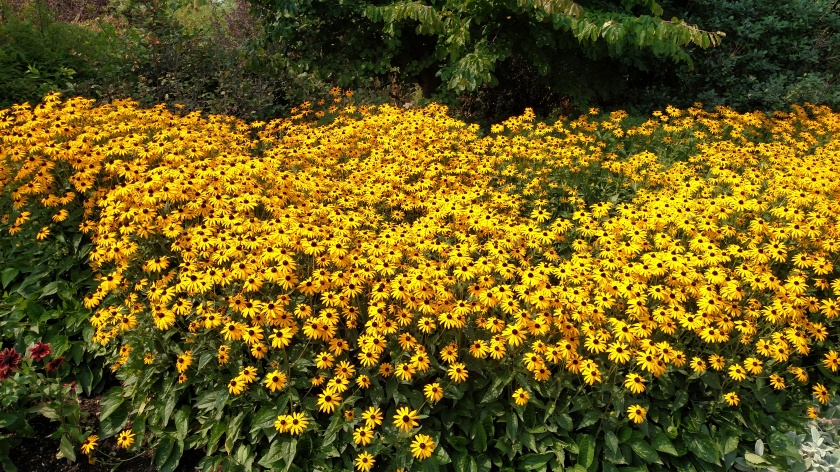 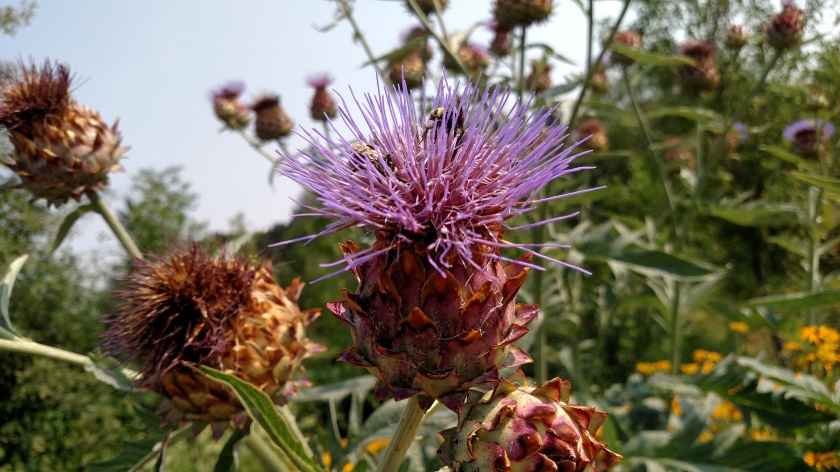 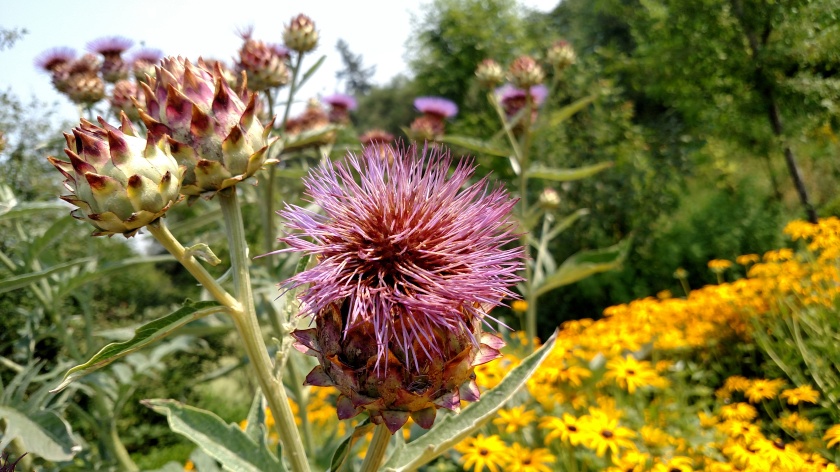 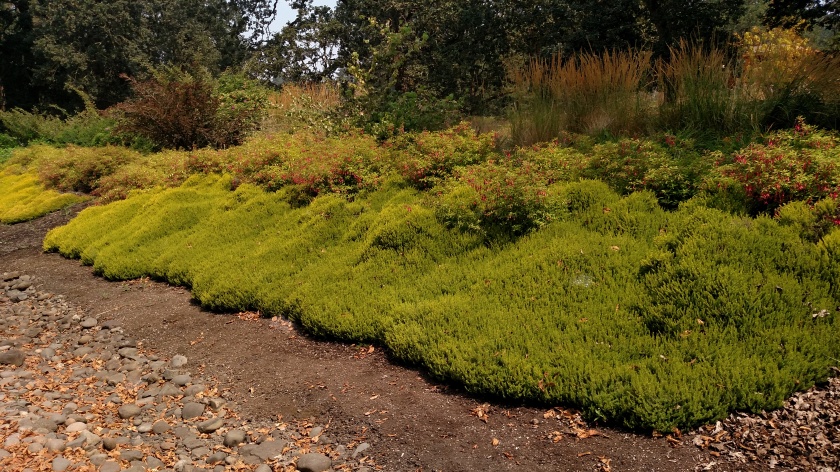 These photos were taken at the entrance to Oregon Gardens, in Silverton, Oregon.  It is an 80 acre property which features 20 individually themed gardens. 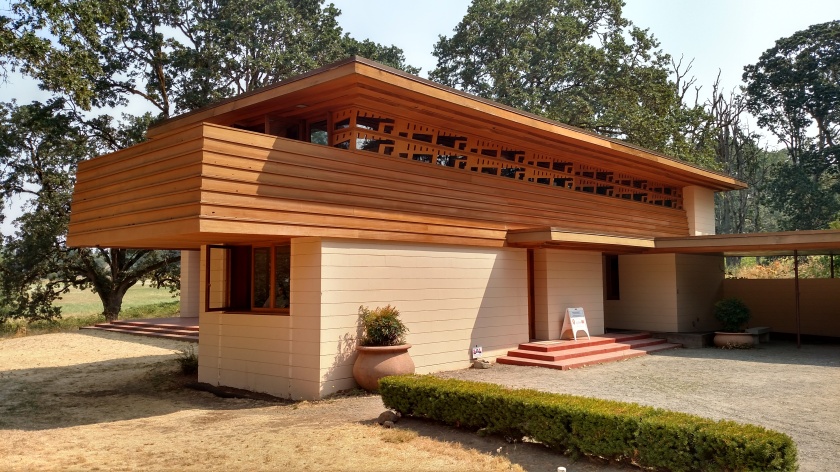 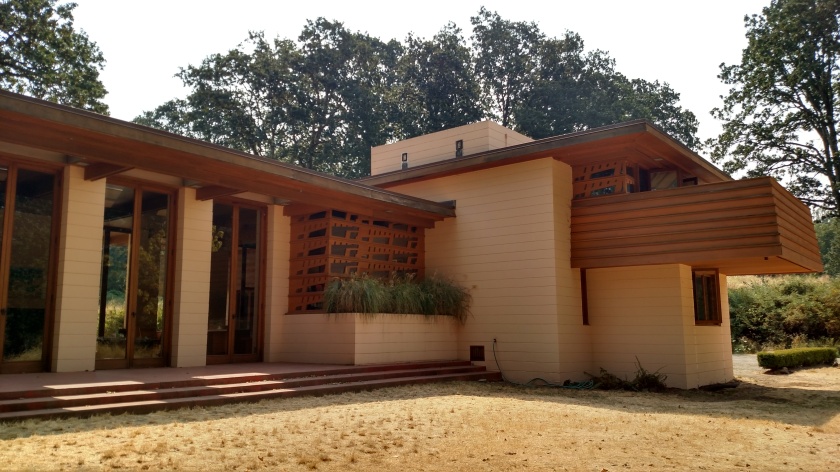 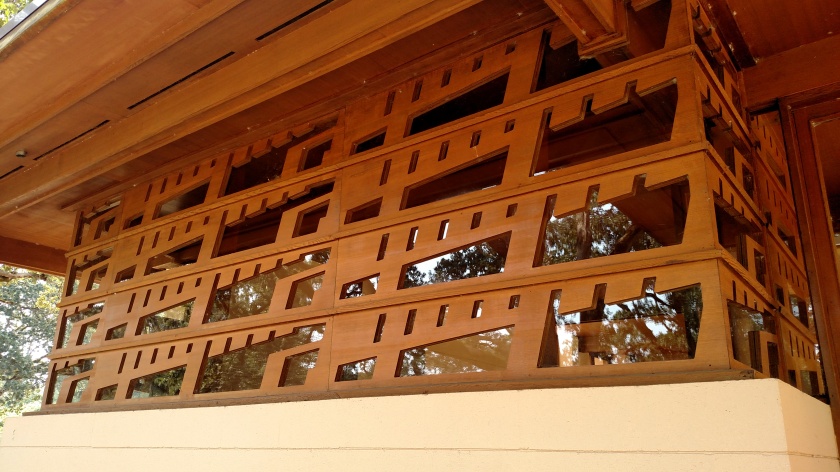 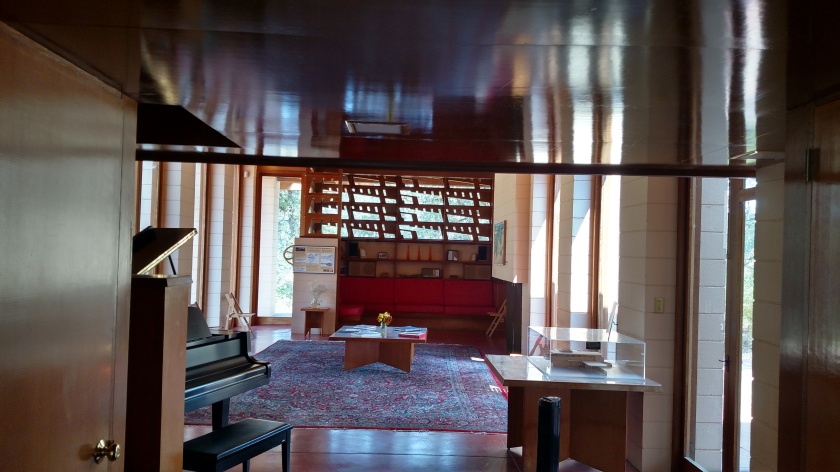 Gordon House was designed by architect Frank Lloyd Wright for Conrad Gordon, a farmer in upstate Oregon.  It was one Wright’s Usonian-style homes, which were designed for working class consumers.  It is the only FLW home in the state.

The house is currently in Silverton, Oregon, about an hour south of Portland.   I realize that is an unusual way to refer to a house’s location but that is because it was originally built in Wilsonville, Oregon, about 45 miles away, along the Willamette River.  When the Gordon’s died the house was sold by their heirs and was slated for demolition.  Enter a Foundation which preserves the works of Frank Lloyd Wright which bought the house from the new owners, deconstructed it (into 4 main sections), and moved it to it’s current location.

The woodwork on the windows represent a recurring theme of 15-degree angles, which Wright used throughout the house. 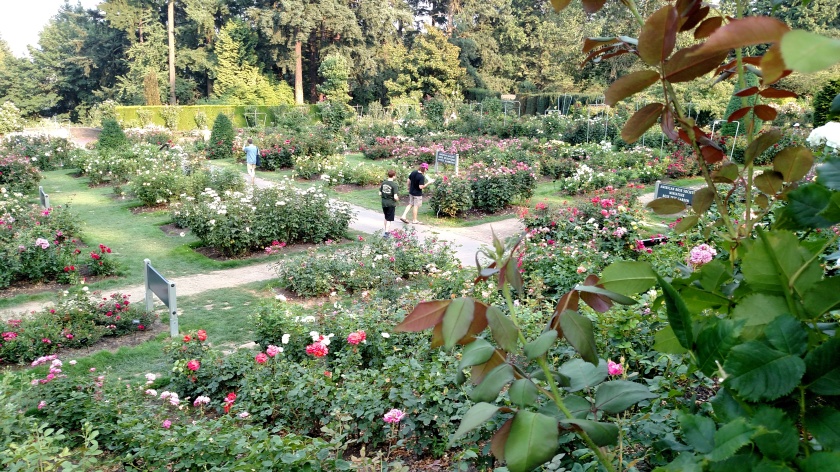 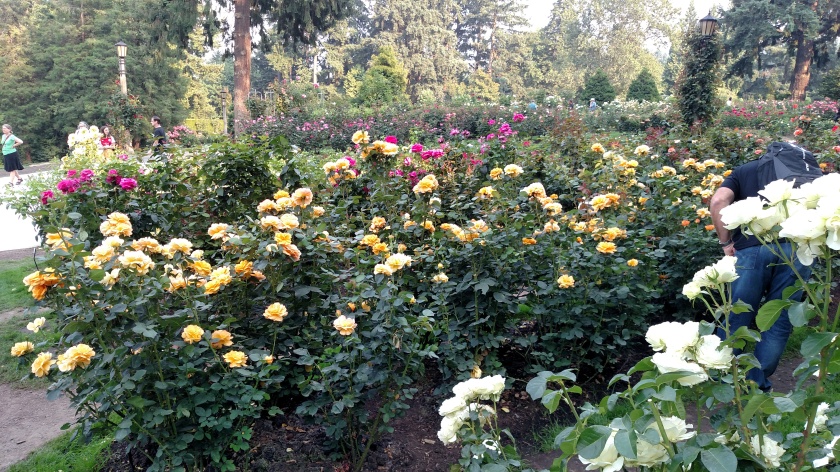 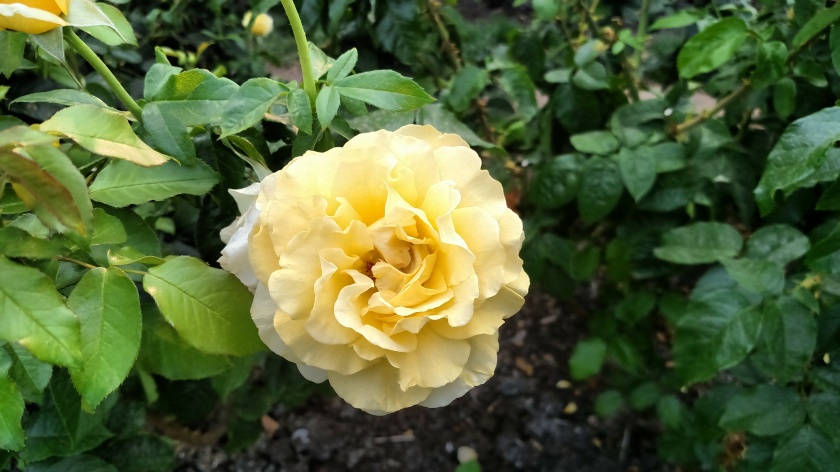 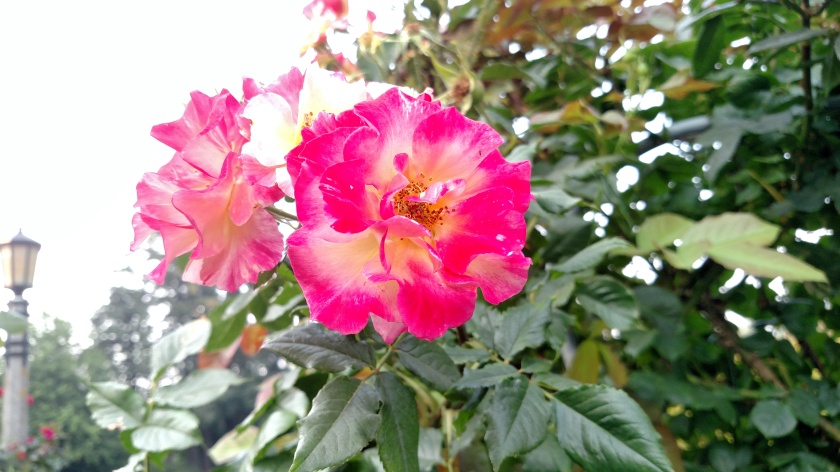 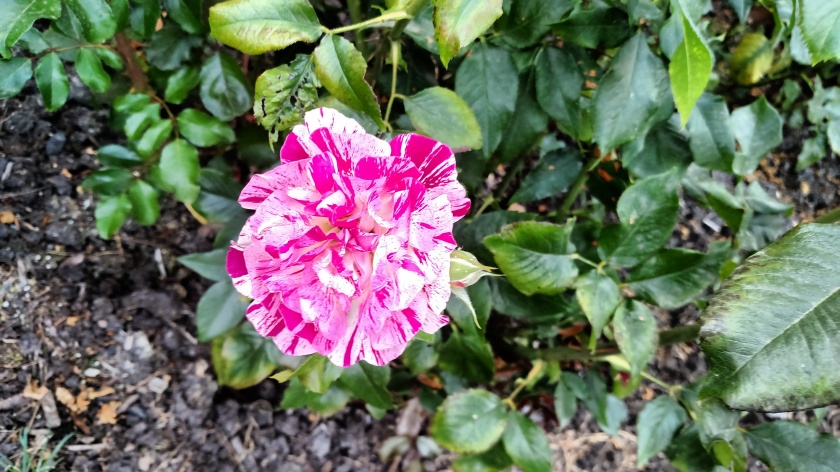 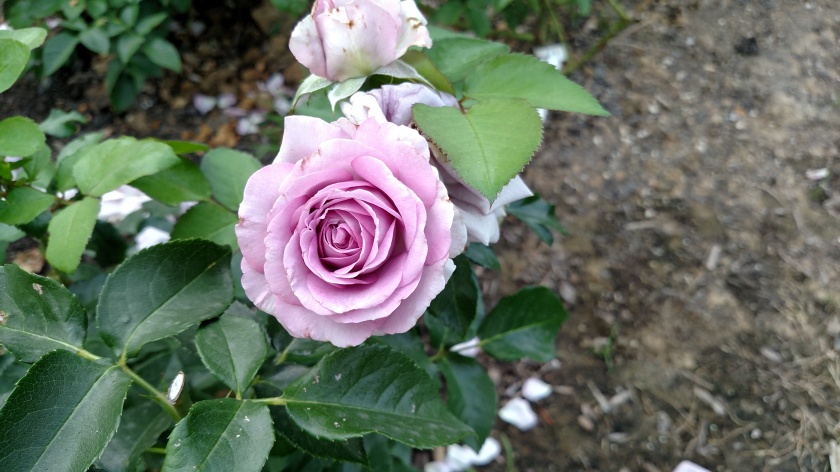 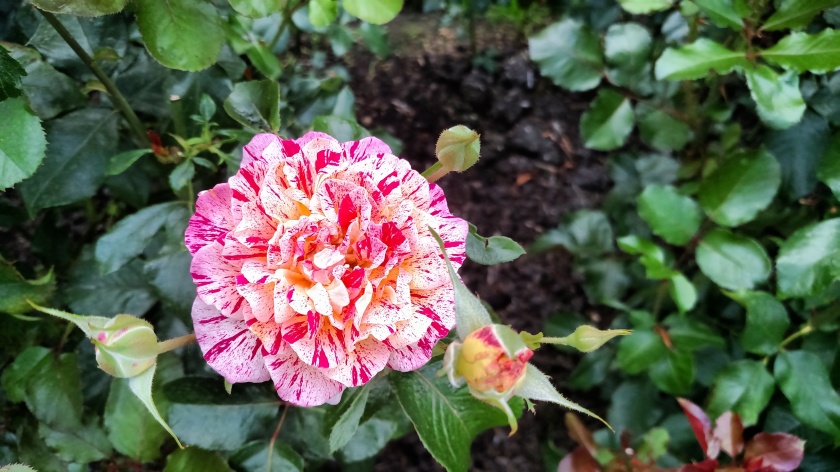 This is yet another destination located in Washington Park, a huge city park in Portland, Oregon.  Within the Park are the Japanese Garden, the Oregon Zoo, Hoyt Arboretum, the Oregon Holocaust Museum, a Children’s Museum, the Vietnam Veterans Memorial, the World Forestry Center and this enormous rose garden.  I have been to lots of rose gardens around the country but nothing I have ever seen compares with this.

The International Rose Test Garden sits on 4 1/2 acres and is comprised of more than 10,000 rose bushes, covering over 600 varieties.  It was established in 1917 and is a stunning display of Portland’s love affair with the rose.