As I drove further down the road from my second moose encounter it had stopped raining and the sun was back out.  I saw a marmot run across the road a ways from me and slowed way down, crossing over to park on his side of the dirt road.  It didn’t scare him off, in fact he walked right along side my car just outside my window.  I took some quick pictures with my phone then, making no sudden movements, switched to my digital camera.  After a few more pictures I looked down to make sure I had put the car in Park.  I had, so I took my foot off the brake and the car rolled forward just a few inches.  Down the marmot hole he went…. 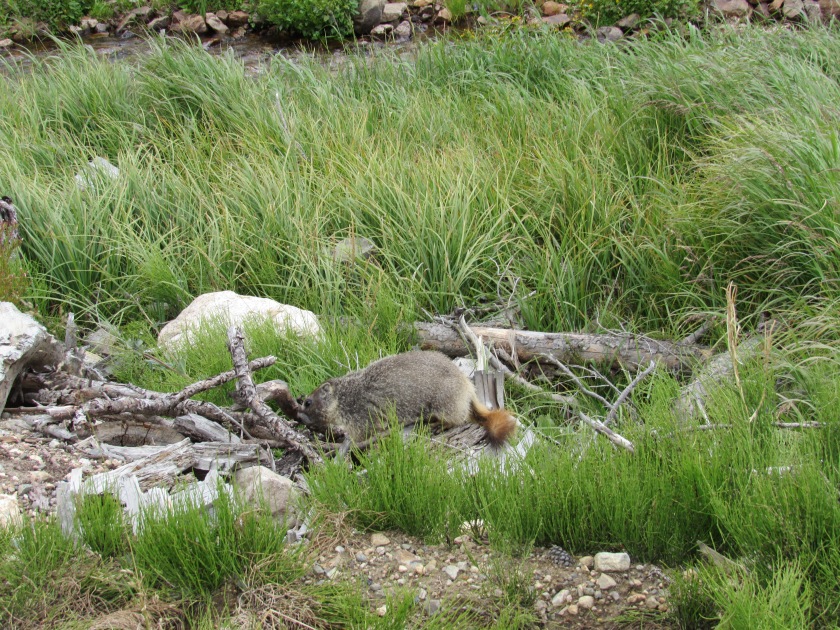 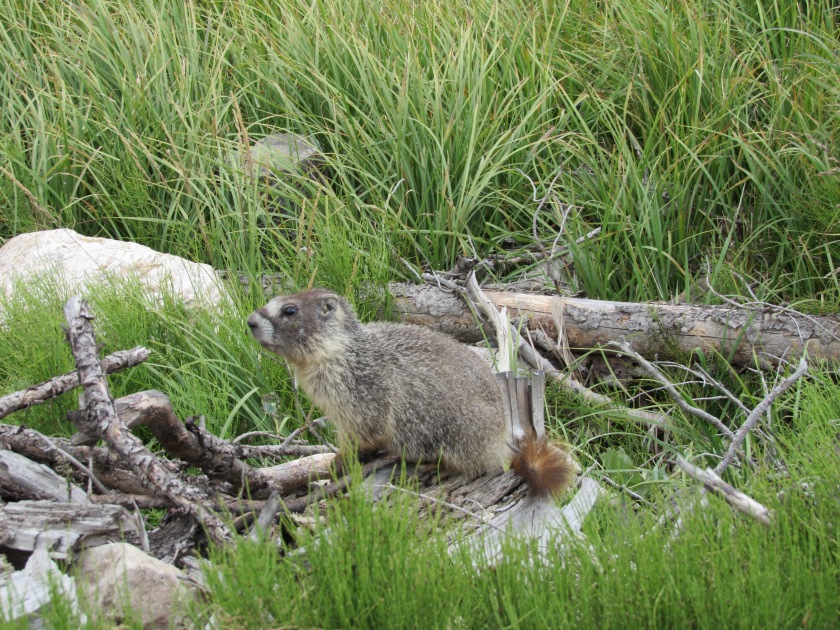 Since he hadn’t run off when I first pulled up I decided to play the waiting game.  I sat there for about 5 minutes waiting for him to emerge.  For all I knew he had used another exit and was now quietly letting the air out of my tires on the other side of the car.  Well sure enough, after a few more minutes out popped his head. 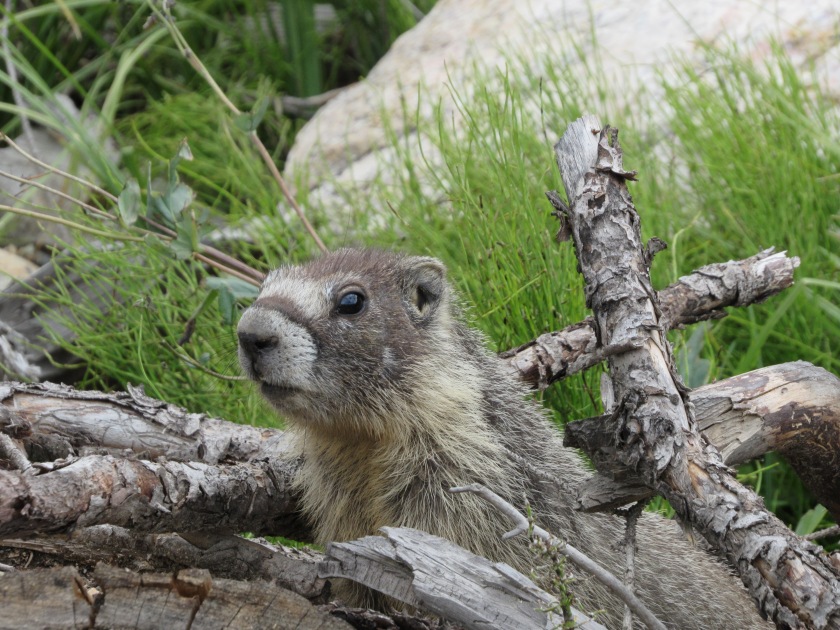 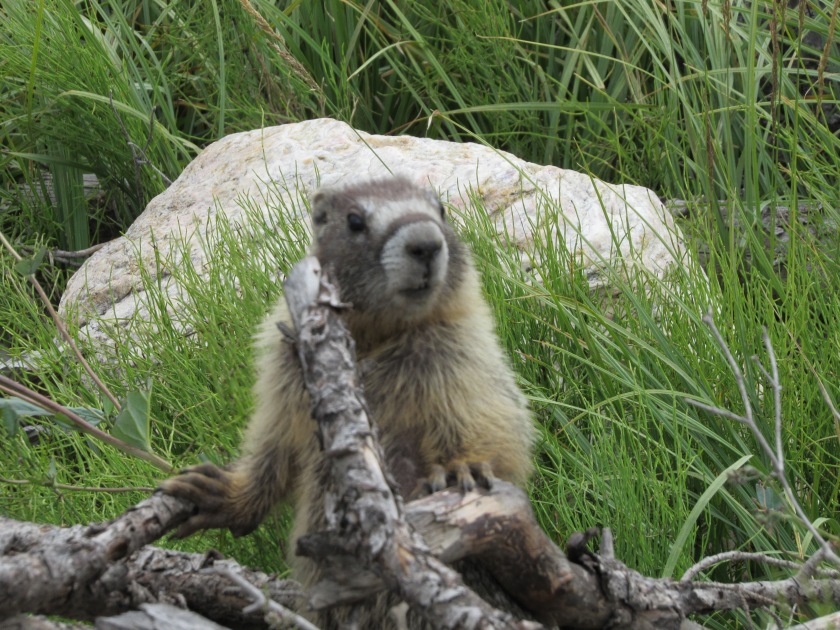 While I had been waiting I had shifted my attention to a marmot up on his hind legs just a little further up the road.  He was apparently scouting the area for predators and he was fascinating to watch.  I took some pictures but they were through my windshield so they came out blurry.

During this time I started hearing a chirping sound.  That is their alert sound and the guy still thinking about coming back outside perked up, then dropped back underground.

I decided to stick my head up and through the sunroof  (in a marmot-like fashion, it occurs to me as I write this) to get a clearer view of what was going on ahead of me (which I’ve never done before, honest).  After I shifted my position inside the car (and looked even more ridiculous than I already did in my Safety Sam vest) I got comfortable for more picture taking.  I saw one or two marmots cross the road ahead of me.  With my binoculars I discovered that there were two marmot sentries, high on a rock formation off the right side of the road, who were making the chirping sounds. 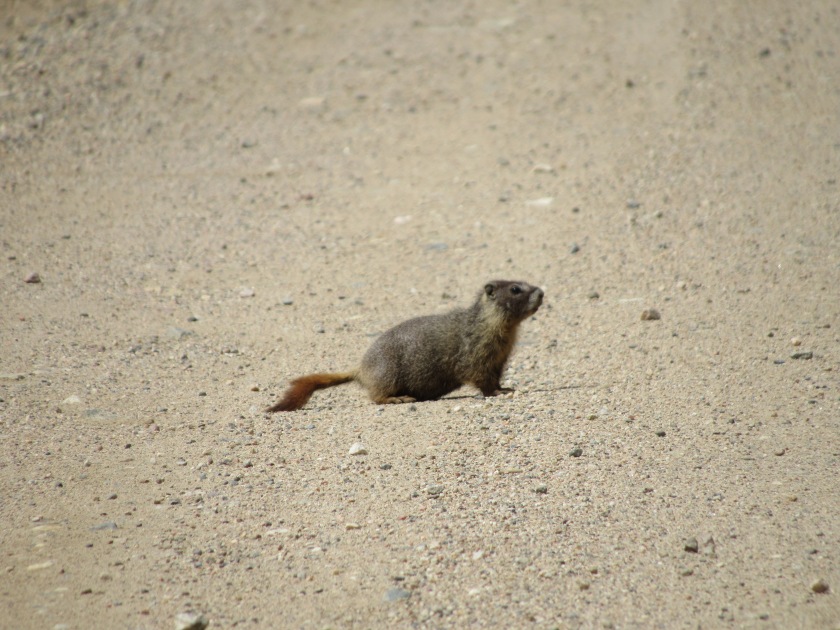 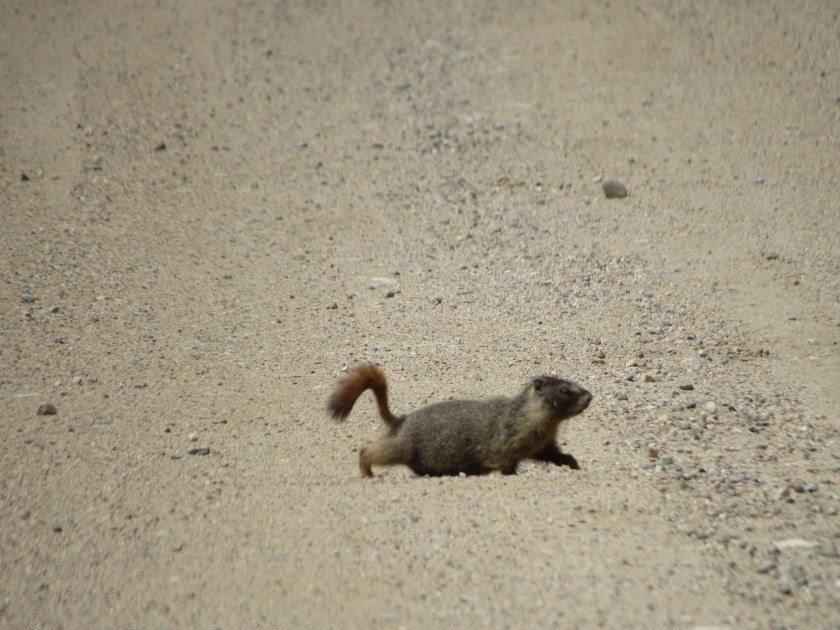 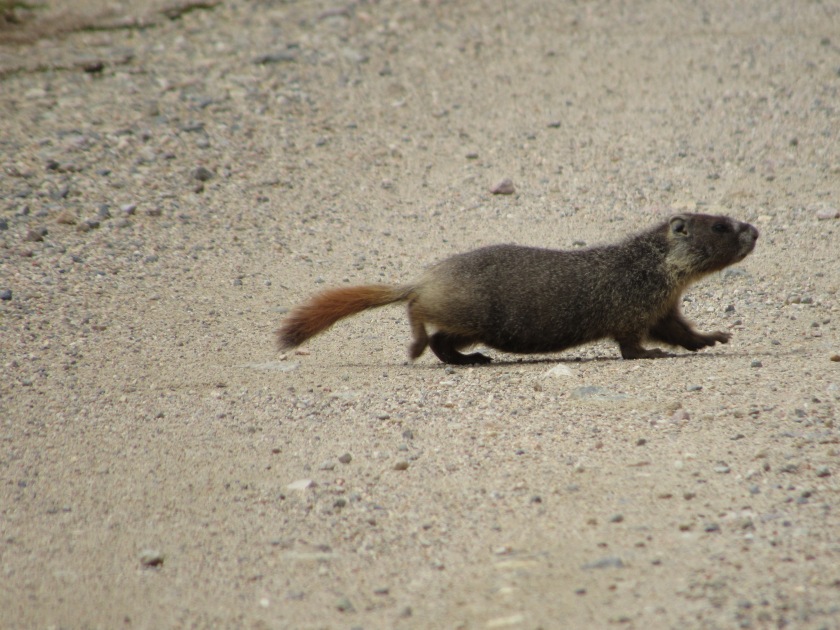