Here are some of things I saw a few days ago when I left Boise and headed east to Rexburg.  This would be my last full day in Idaho.

My new fascination with wind turbines 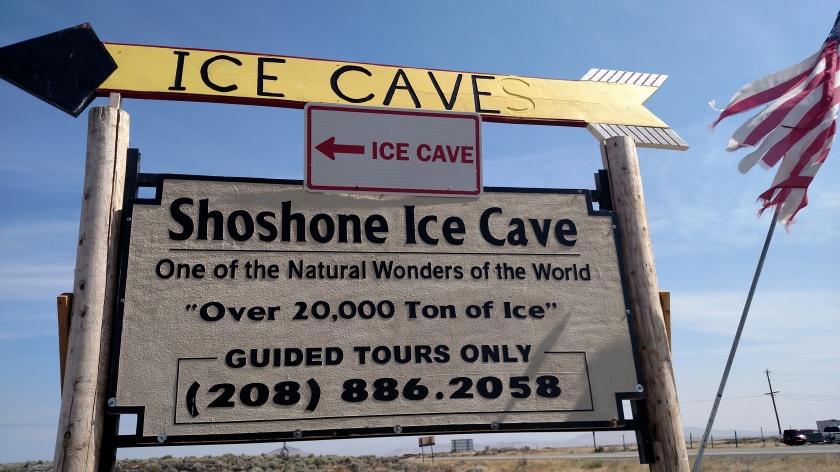 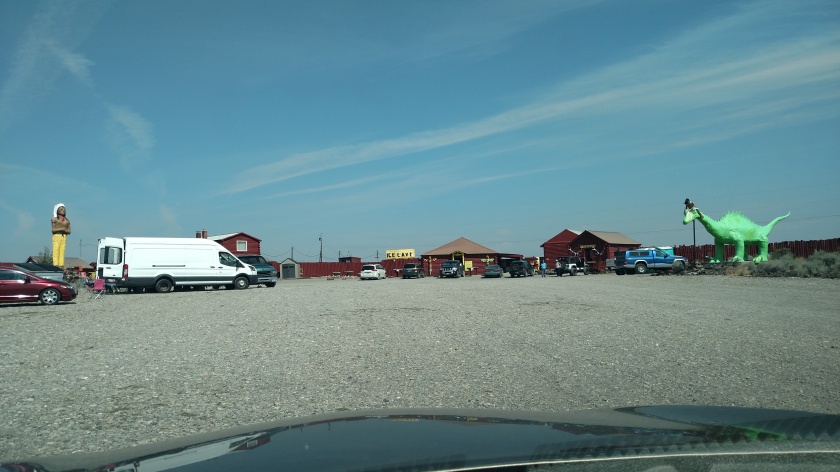 This place sounded interesting (a lava cave which maintains a constant temperature of 28 degrees Fahrenheit and has ice on the floor) but when I got there and saw the place I decided to pass.  My original boss in Durham, Bond Anderson, used to say “I was born at night, but I wasn’t born last night.”  I like to think I know a tourist trap when I see one.  Ok, ok, so I’m still licking my wounds after the Flaming Geezer, I mean Geyser, scam up in Washington that set me back 10 bucks.  Well, fool me once….

Now HERE is an ice cave… (from the movie “Fight Club,” one of my favorites)

Craters of the Moon National Monument and Preserve

This place is a huge area (over 1,100 square miles) of volcanic rock, similar to what I had seen near Bend, Oregon.  The photo above was actually taken before I got to the “Craters” facility.  There were areas like this all around me.  At first it looked like an area where a highway crew had piled up asphalt which had been dug up when replacing a large stretch of road.  Other areas were pitch black, and looked like piles of fresh asphalt which hadn’t been spread out and rolled to make a new road yet.  Once at the facility the black rock is continuous and extends as far as the eye can see.

NASA astronauts actually trained at “Craters” before the Apollo missions took them to the moon.

I didn’t go in “Craters” due to time constraints.  I figured I had pretty much seen the same thing when in Oregon.

Next stop was Arco, Idaho.  My new friend Tom, one of my co-hosts when I stay at their Airbnb in Missouri, told me to be sure to stop here during my trip.

This is where the world’s first nuclear breeder reactor was built.  It became operational in 1951.  It is no longer in use but the facility is open to the public for self-guided tours.  There are displays which explain what the various pieces of equipment are and how new technology is being developed.  There is a newer facility nearby which develops nuclear fuel and other technology but it is under tight security and is not open to the public. 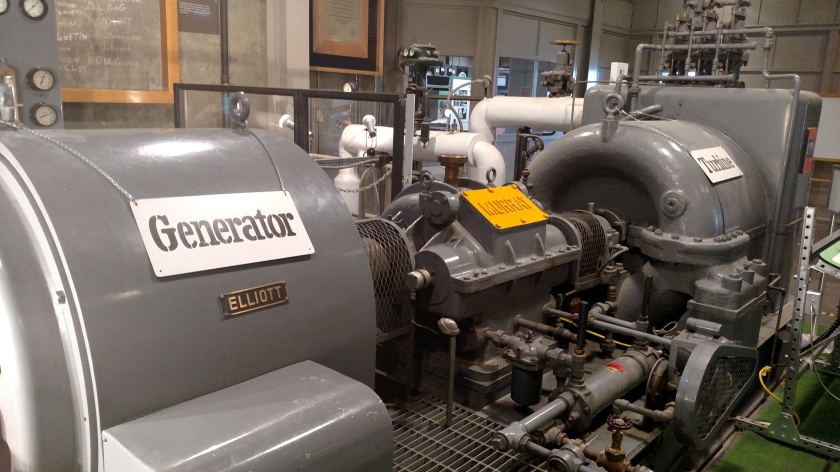 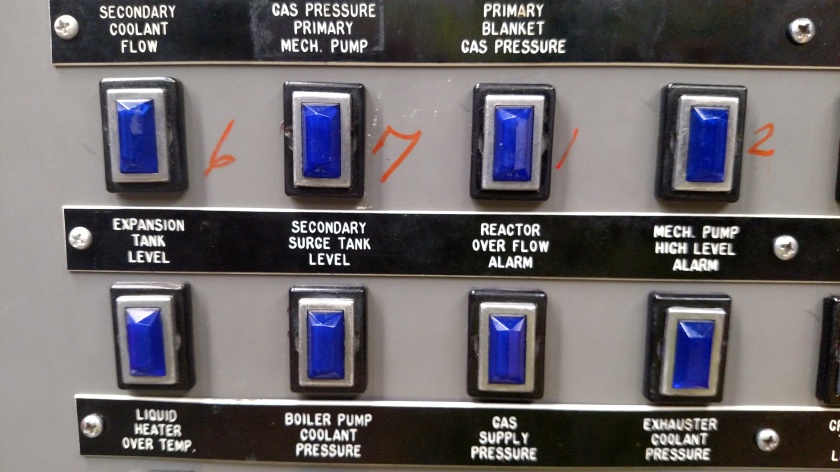