Many of the places I planned to visit in Colorado Springs are closed on Mondays so I decided to knock out the two scenic roads west and south of town.  I headed west on Route 24, which was how I came in to town from Breckenridge on Sunday.

I turned south on Route 1 when I got to the town of Florissant.  First stop was the Pikes Peak Historical Society Museum, located just off the highway.  They had displays of many types of things but what I found most interesting were the gems and fossils found in the area.

This is a 4 foot long, 439 pound piece of Smoky Quartz Crystal.  It is the largest such specimen unearthed in North America.  It was found near a hill which I could see by looking out the window next to where it was on display. 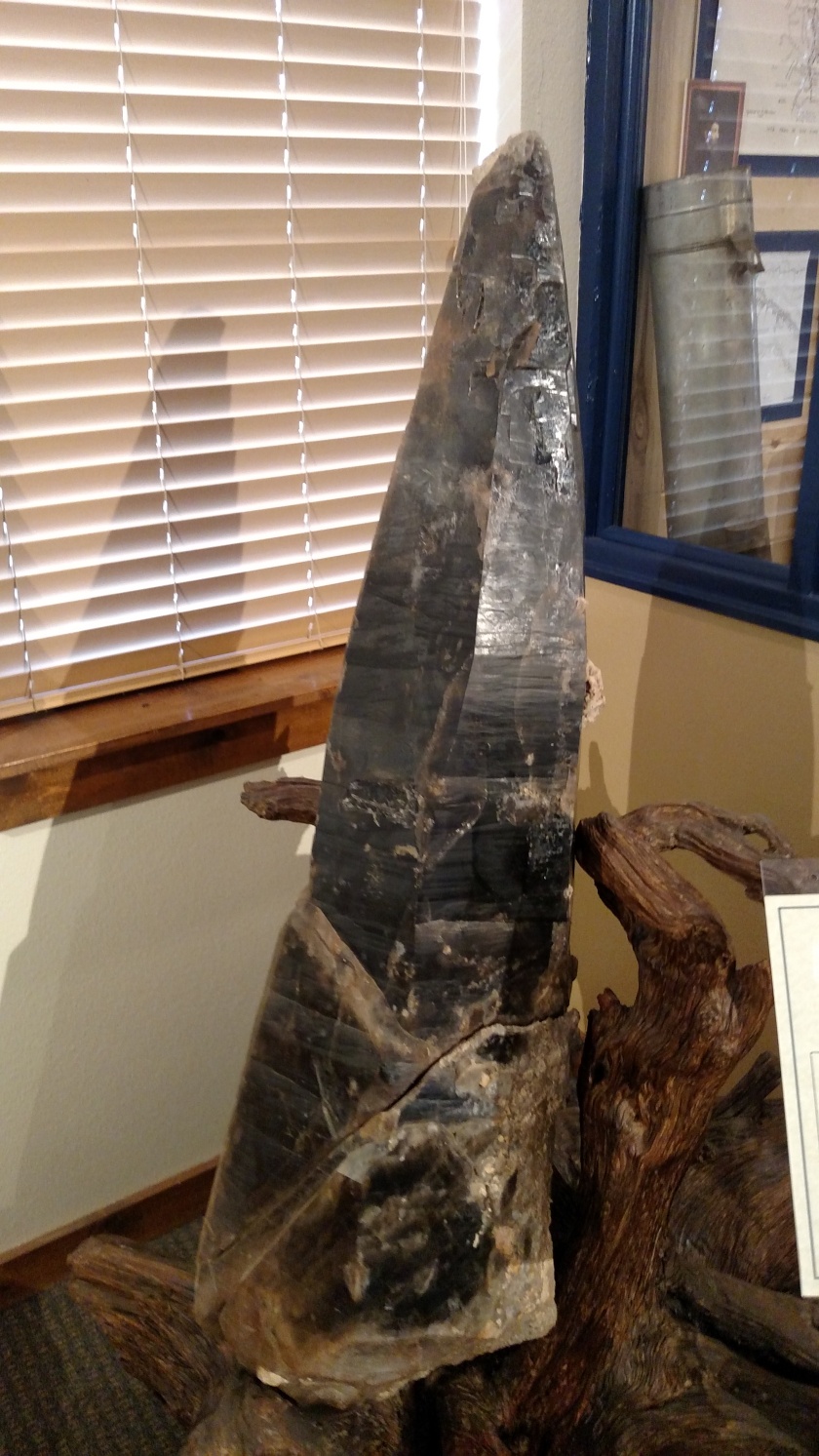 This is another piece of Smoky Quartz Crystal found by the same man.  It is just over 4 feet long and weighs 345 pounds.  Both specimens are thought to be over a billion years old!

Next were the fossil samples: 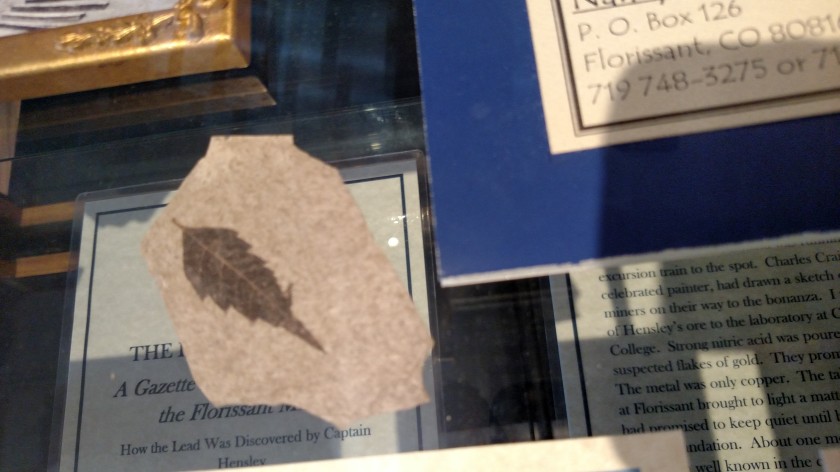 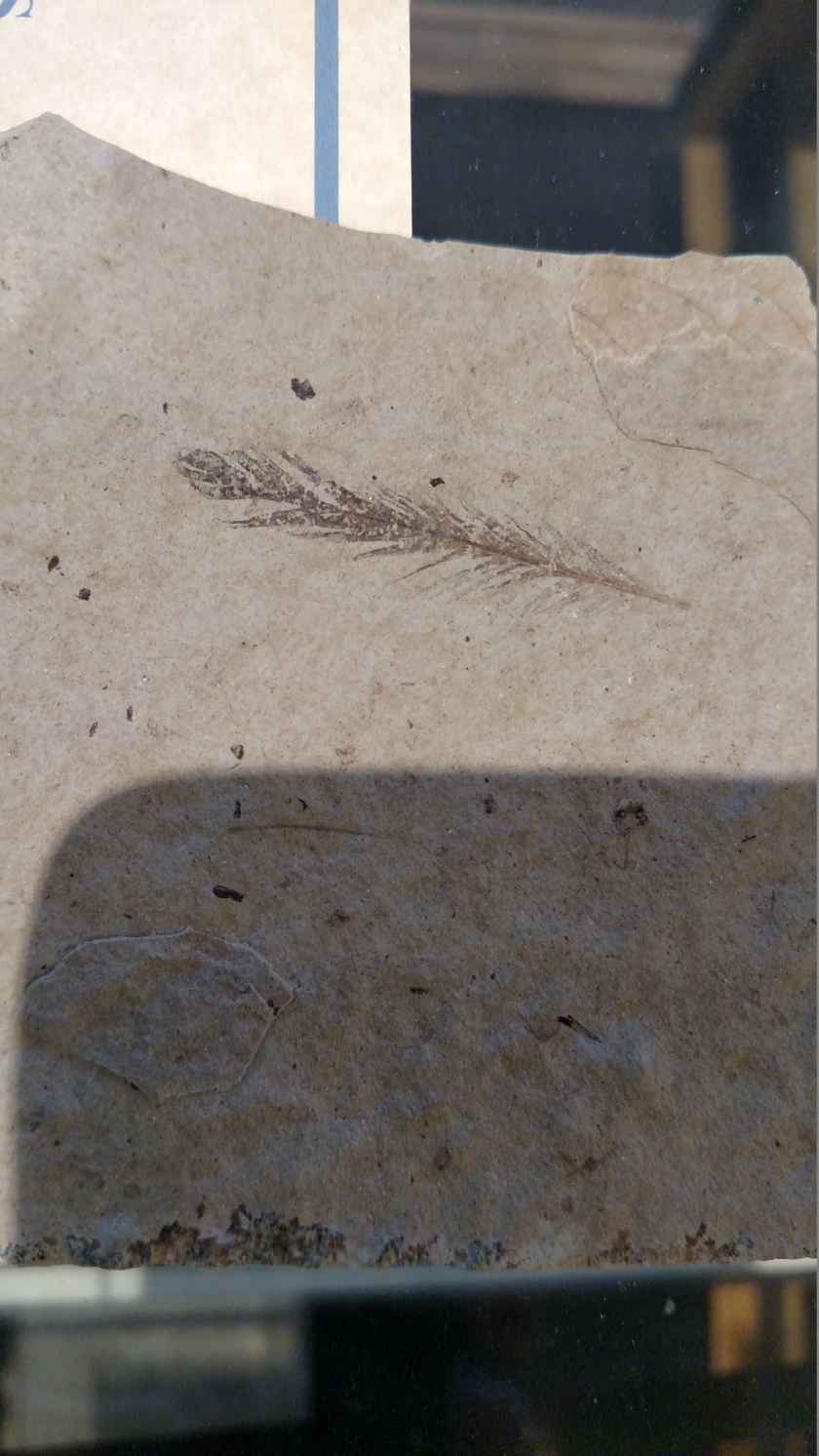 And finally, two teeth from a Columbia Mammoth 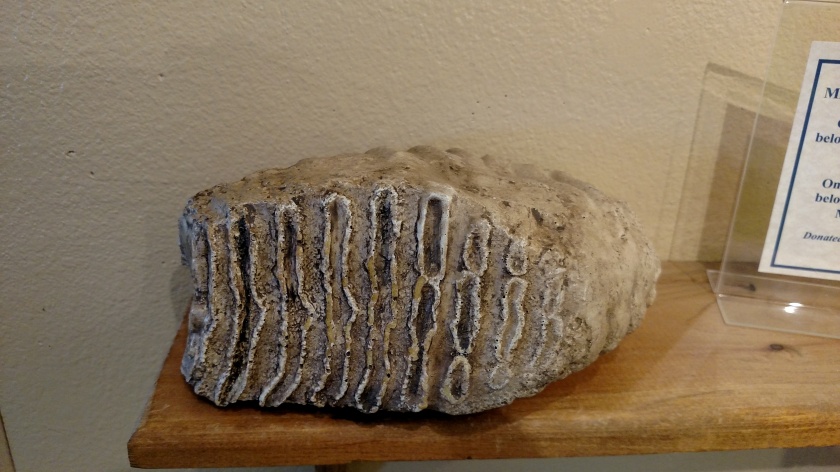 They were each a little bit smaller than a football.

Further on down the road I stopped at the Florissant Fossil Beds National Monument.  This is where I was when the eclipse reached it’s peak at 1147am local time.

I borrowed a pair of safety glasses from someone and took a picture with my cell phone (in selfie mode) with the glasses covering the lens.  This was taken in the parking lot at 1113am.

They had some telescopes set up behind the Visitor Center and one projected the image of what it was looking at on a white sheet.  It wasn’t quite centered on the sun, but still shows what was happening.  This was taken at 1139am, 8 minutes before peak.  We were in an area which was to experience 91% totality.