At the southern end of my scenic drive I found the little town of Penrose.  I saw this sign next to Highway 50 as I was getting in to town.

When you get a chance, call Steve and tell him he’s cool.  I’m sure you’ll be the first person to do so.

I’ve wanted to come to Penrose ever since I was in junior high school in Pennsylvania.  Why, you ask?  It is the home of Estes Industries, the leading manufacturer of model rockets, and is still the “Model Rocket Capital of the World”.  Yes, I was a model rocket geek.  I know, I know, you’re shocked and amazed.  I started the Rocket Club at Stroudsburg High School (science teacher Larry B. Kiick was our faculty advisor).  When I get back to Durham I need to find the newspaper article which ran in our local newspaper in Stroudsburg documenting the time I became stranded up in a tree attempting to rescue an “Errant Aerobee,” as they called it, which had landed high up in the tree as it parachuted back to earth.

This was the Estes Industries logo, even back in the late 1960’s.

The company moved to Penrose from Denver in 1961.  This is the main building I found in Penrose.

It may have been cutting edge trendy in the 60’s but I felt like I was in an episode of Mad Men.  Technically the office was closed, but there was a car in the parking lot and I could see a woman, perhaps the office manager, working inside.  I persisted in ringing the doorbell and she finally came to the door and graciously admitted me so I could take come quick pictures. 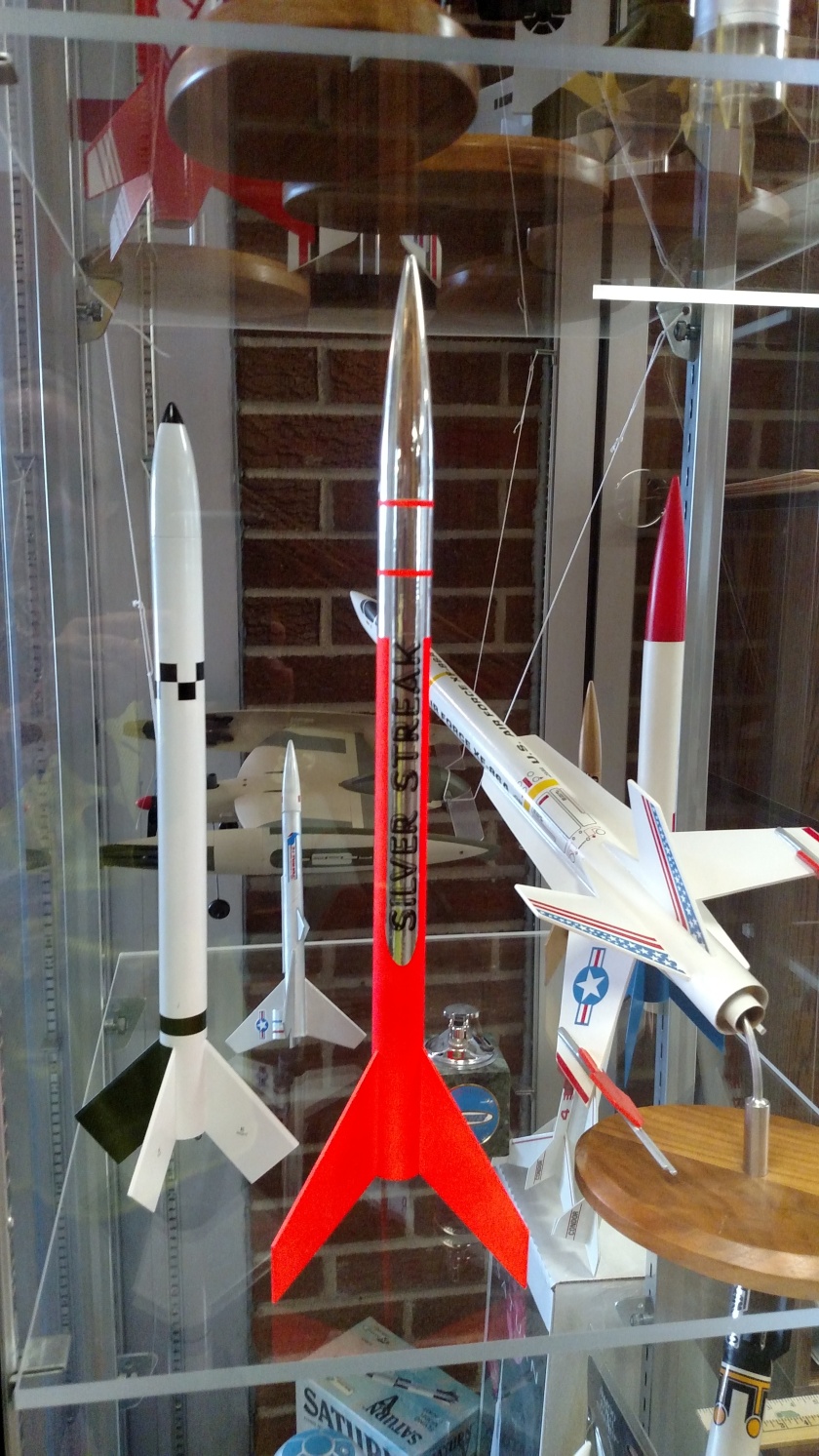 Most of this facility is now closed.  Manufacturing of the kits themselves have been sold and moved elsewhere. 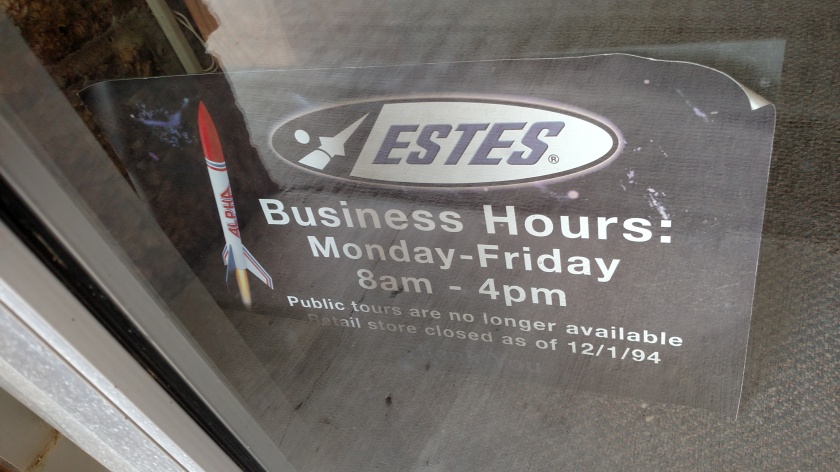 She said they still produce the model rocket engines here and there was a heavily fenced area behind the main building where they do that. 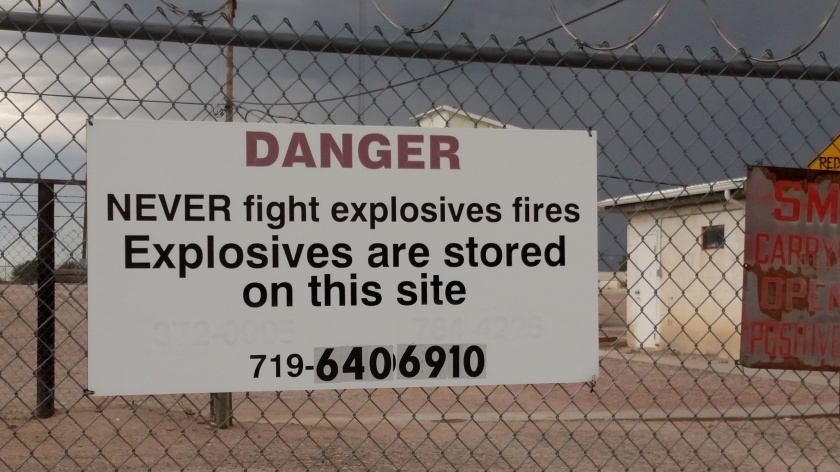 I was so happy she let me in after I had come all this way.   In my mind I was honestly expecting a sleek, modern building but after I arrived I did the math and realized I ordered my first model rocket kits shortly after our family moved to Pennsylvania in 1966 and that is over 50 years ago.  Yikes!

After visiting Estes I backtracked a few miles to drive down the road to “The Well”.  The young lady at the bakery in Cripple Creek told me about this place when she learned which roads I was planning to drive this afternoon. 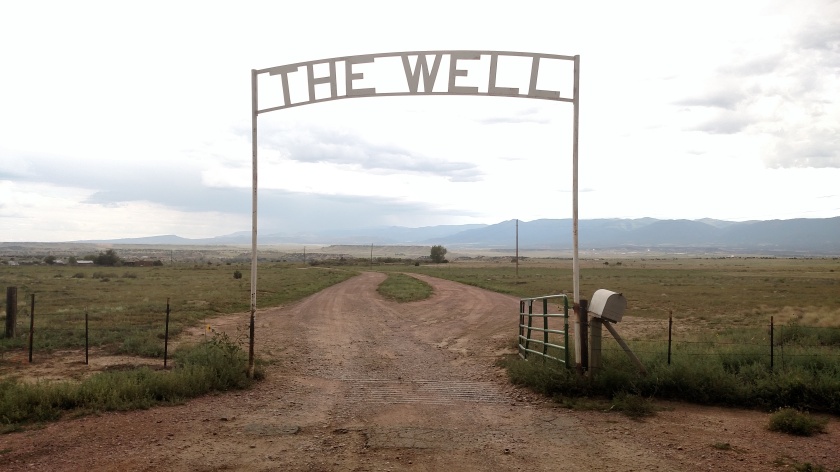 The Well is a hot springs-fed swimming pool.  Every day butt, oops… I mean every day but Tuesday is “clothing optional day” (Tuesday is “Family Day” so patrons must dress up).  Well, thunderboomies had developed in the area and there were only 3 cars in the parking lot so I decided to save my $10 for dinner and headed back to Colorado Springs.

Not sure I was quite prepared for what I might have found there anyway….