I drove through Dolores yesterday on my way up to Telluride (pictures previously posted of Teslas on trucks and young folks getting ready to kayak).  I went back up there today to check out some other things.

I had seen these trees next to a home and was very curious what they were.  Today I stopped and asked.  The home is owned by a very nice retired couple.

She said they were “umbrella willows,” while her husband insisted they were “globe willows” or “Navajo willows”.  Regardless, I think they are very attractive and had never seen any like them. 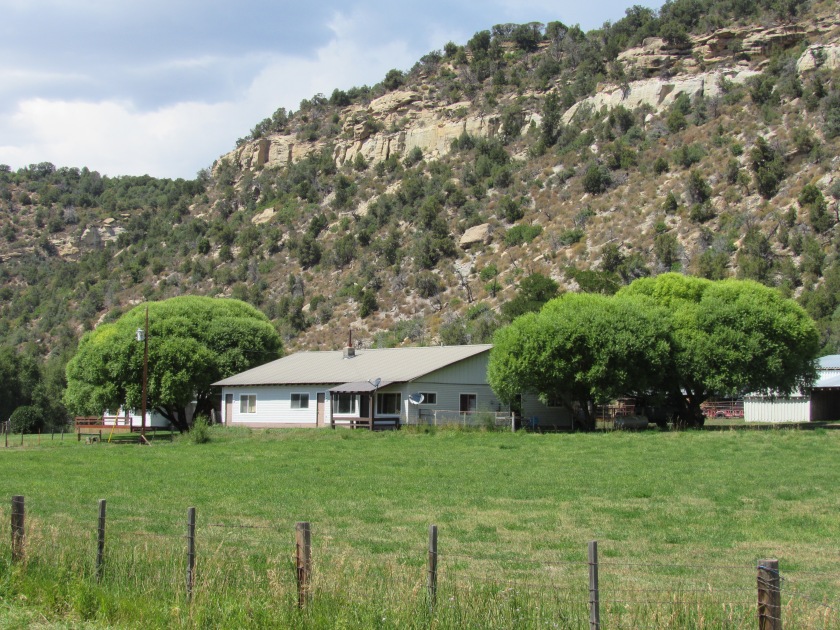 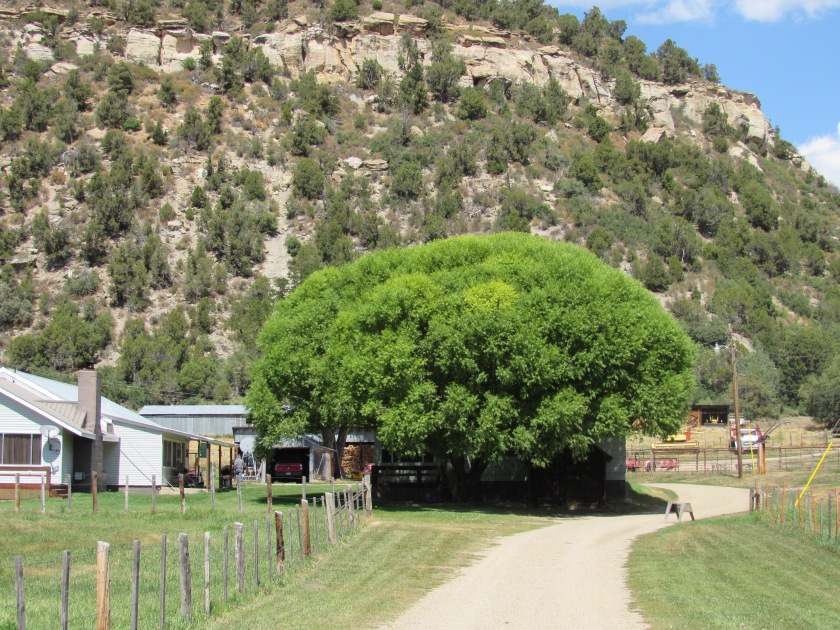 She pointed to a fallen branch in the yard and asked me to go get it.  She went inside and wrapped the bottom in damp newspaper and then in clear plastic wrap.  She came outside and said “Here, take this home and plant it.  It may take root”.  She did the same thing in 1995 right before her mother passed away and here is the result today. 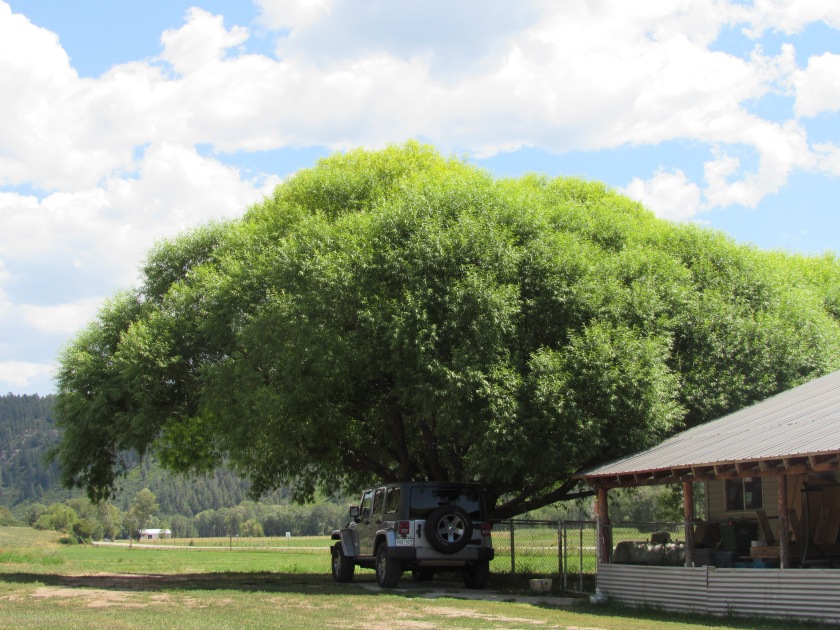 I may Fed Ex the branch she gave me back to Durham and maybe ask my landlord if we can try to plant it somewhere on their property.

Next I went back to near where the folks were going to kayak.  I had seen these brown rock formations right next to the road the day before but didn’t stop to photograph them. 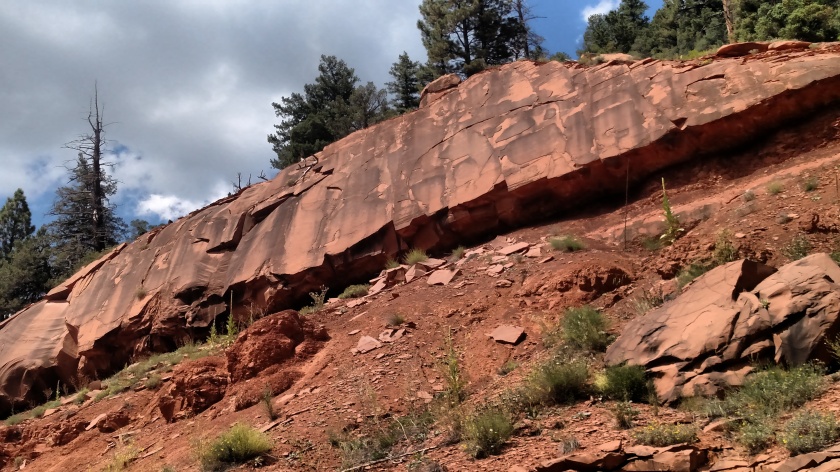 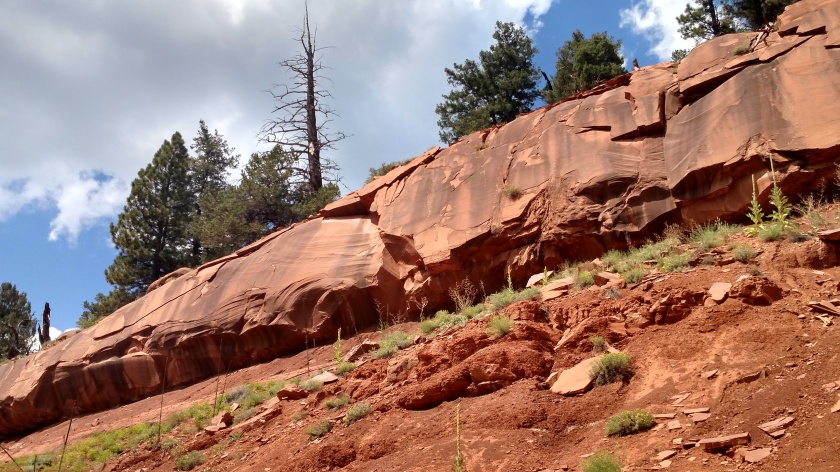 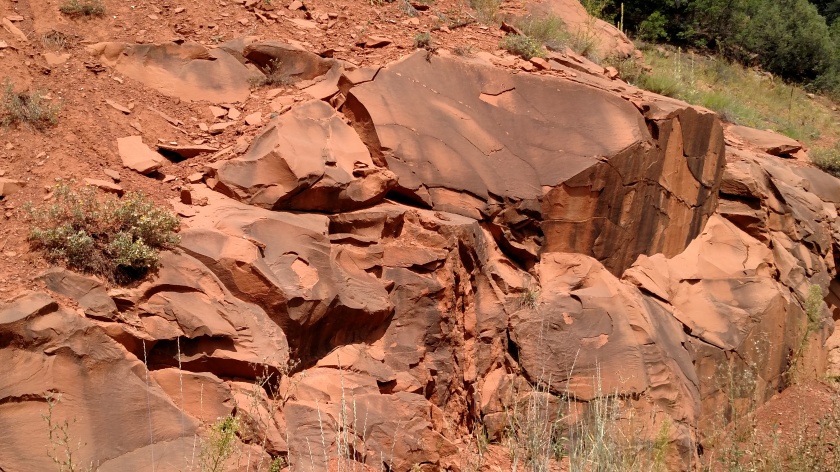 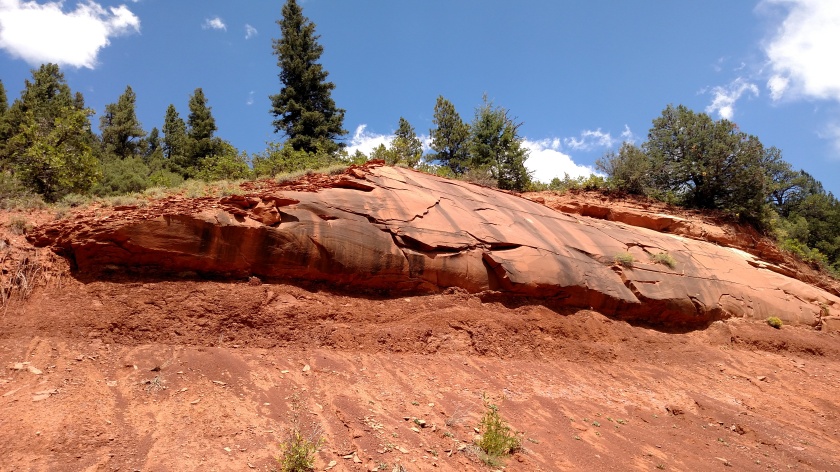 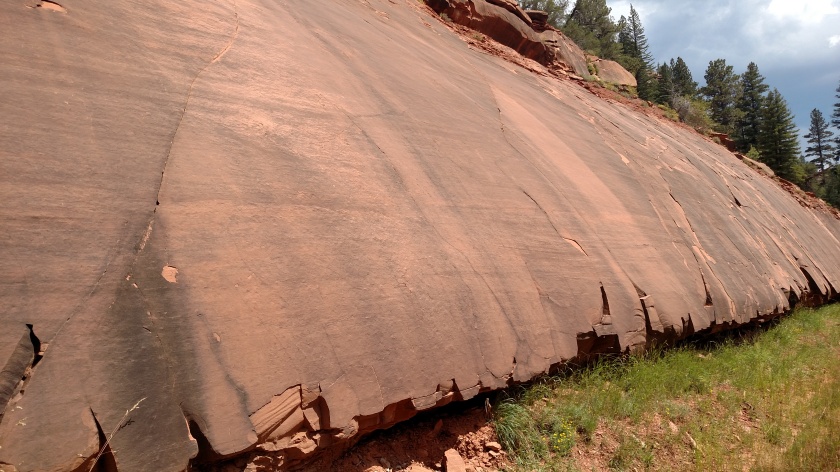 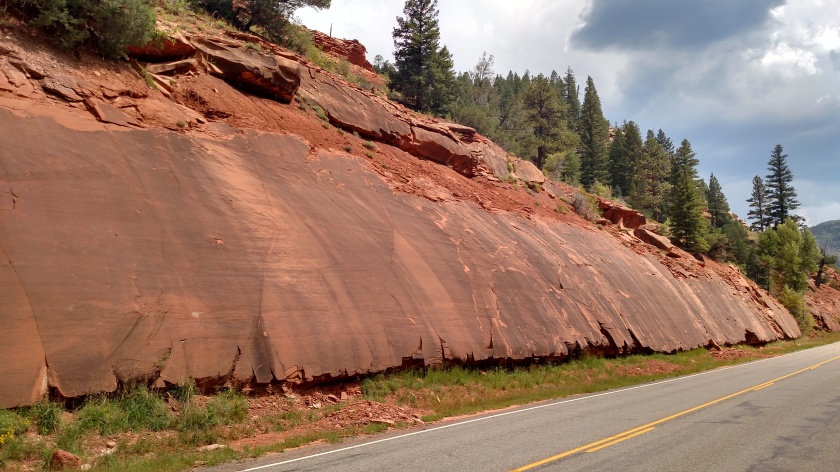 As you can tell by the proximity to the road, the last two are pretty big.

Then I drove back into town to have lunch.  I had stopped earlier to get these pictures but it was still lunch hour and the place was packed.  It smelled good, so I went back later when there was no line.

When I posted photos from Great Sand Dunes I mentioned that dune buggys and ATV’s were not allowed, but that I had seen several being transported on trailers.  There were two such vehicles outside the restaurant. 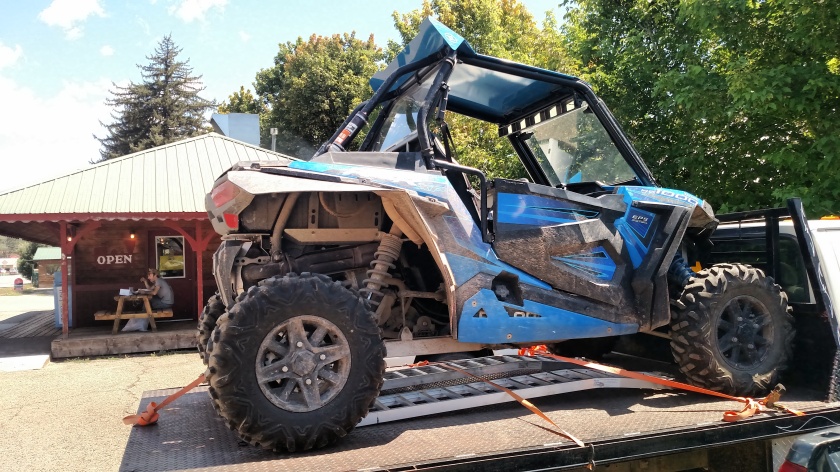 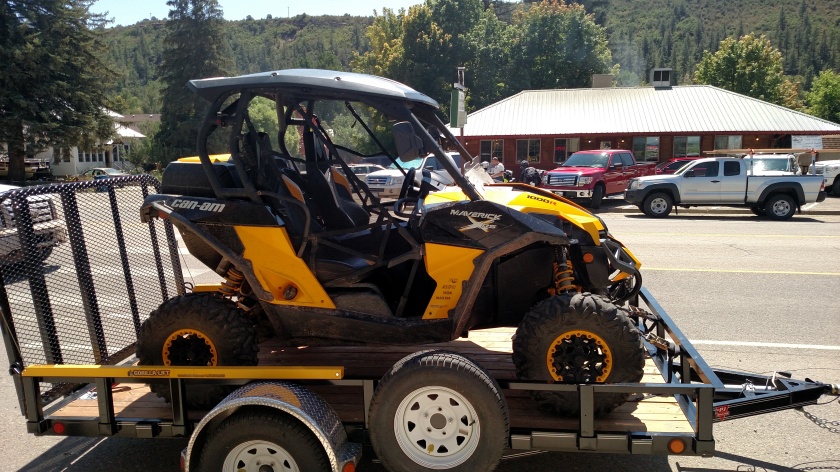 I told you dune buggy technology has improved!